Branding: When One is Not Enough

Ram Subramanian is a Director in the life sciences practice of Simon-Kucher & Partners based in Boston.Email: Ram.Subramanian@simon-kucher.comTwitter: @2RamSubramanianLinkedIn: http://bit.ly/1Mt5AnuDr. Rehan Baqri is a Consultant in the Boston office, and has worked on a wide array of projects, including pricing and market access, commercialization strategy and portfolio optimization strategy in the life sciences sector.Email: Rehan.Baqri@simon-Kucher.comLinkedIn: http://bit.ly/1Ib8WX3

The power of a second brand in the evolving global healthcare market, write Ram Subramanian and Dr. Rehan Baqri.

Launching a second brand is a marketing strategy to address an unmet need distinct from the current brand. In the pharmaceutical industry there are several instances of manufacturers marketing a drug for different indications as independent brands. However, in addition to the “new brand for new indication” approach, drug manufacturers have also frequently re-launched a drug as a distinct second brand within the same indication.

As pharmaceutical companies look beyond core markets in search of growth, a second brand strategy can be a powerful means of maximizing value creation and revenue potential.

In traditional business parlance, a second brand strategy typically implies that a company introduces a new product line to address a new market segment. Examples include Levi Strauss introducing Dockers as casual-workplace apparel, Toyota competing in the luxury automotive market with Lexus, and Black & Decker launching DeWalt to serve the construction and manufacturing industry. In most cases, the new brand has a distinct value proposition (quality, functionality, etc.) that positions it above or below the existing brand, if not in a different market altogether.

Pharmaceutical manufacturers have also adopted the second brand strategy. The global healthcare landscape shows two adaptations of the second brand strategy in the pharmaceutical industry. The first adaptation, also the more common strategy, is to market a drug for different indications as distinct brands. Classic examples of this strategy are Pfizer’s launch of Viagra® and Revatio®, where sildenafil citrate is packaged in different dosages for erectile dysfunction and pulmonary arterial hypertension respectively, and Merck’s Propecia® and Proscar® that were introduced in different doses of finasteride for treating male pattern balding and enlarged prostate, respectively.

The second adaptation is to re-launch a drug as a distinct second brand in the same indication. In many such instances, this leads to an interesting scenario where two versions of the same product are being sold in the same market to treat the same condition, albeit as different brands with a strong price differential. As opposed to the Viagra® and Revatio® example discussed above, Pfizer’s introduction in New Zealand of a chemically identical version of Viagra® as Avigra® but at less than half its price, is an example of the second adaptation of a dual brand strategy and is the focus of this article.

The second brand strategy is a powerful means of maximizing value creation in emerging markets. A burgeoning population, increase in per capita income, rising health consciousness, and growing demand for global healthcare standards have turned emerging markets into very attractive destinations for the pharmaceutical industry. However, much of this enormous potential remains unfulfilled, often due to regulatory barriers and weak IP protection.

We discuss below five reasons why pharmaceutical manufacturers pursue a second brand strategy.

Developing innovative therapies is a common goal of most pharmaceutical companies but they often face economic, logistical or regulatory hurdles. Some manufacturers have adopted a second drug strategy to overcome these barriers.

Sanofi Aventis tackled the rampaging menace of malaria in sub-Saharan Africa by launching a fixed-dose combination treatment called ASAQ in partnership with the non-profit Drugs for Neglected Diseases Initiative. The dual brand approach enabled Sanofi Aventis to qualify for the WHO regulatory requirements while protecting its commercial interest in other markets. Gaining a place on the WHO Prequalification Program list allowed procurement and disbursement of ASAQ by UN and other international aid agencies resulted in tremendous utilization in public markets in sub-Saharan Africa. In private markets, however, Sanofi Aventis sold the same drug as Coarsucam™, priced approximately three or four times the public price.

In recognition of its malarial medicine access initiative, Sanofi Aventis was conferred with the prestigious 2010 Global Business Coalition Core Competence Award. This is one of many examples that demonstrate how a second brand strategy allows successful alignment of social mission with fiscal responsibility to shareholders.

2.  Capturing range of willingness/ability to pay

Most developing countries have strong economic segmentations with high variance in willingness/ability to pay. Drug uptake is often reliant on the consumer’s ability to bear out-of-pocket costs. This is especially relevant in markets where the patient substantially pays for medications out-of-pocket. While some patients may be willing to pay more for a particular brand other patients just do not have the ability to afford the same brand. Having two brands, one enjoying premium positioning and the other as a more affordable alternative, allows capture of sales on either end of the spectrum of willingness/ability to pay.

For example, in Egypt public health expenditure itself is low and has complex financing mechanisms. This has led to more than 50% of total health expenditure coming from out-of-pocket at the point of service in public and private facilities. Egypt also happens to have one of the highest prevalence of hepatitis C in the world. However, only wealthy Egyptians were able to afford Roche’s then breakthrough drug Pegasys® introduced in 2004, while the vast majority of patients were left untreated due to budgetary constraints of government and aid agencies. In collaboration with the Egyptian government, Roche launched a second brand of Pegasys® called Pegferon®, the same medicine packaged locally in vial form. This initiative fell in line with the government’s thrust for local manufacturing and was purchased in the public markets at a significantly lower price. In parallel, Pegasys® was maintained at a price premium. This dual brand strategy in Egypt grew Roche’s Hepatitis C portfolio in Egypt from under CHF 10 million in sales to approximately CHF 90 million in less than 5 years (Figure 1).

Manufacturers often introduce their own version of a “generic” when facing loss of exclusivity, to help mitigate revenue erosion due to influx of generics. Introducing a lower-priced version as a second brand, distinct in packaging and placement, allows the manufacturer to retain the marginal market left for the originator drug while extracting some value from inevitable cannibalization. The second brand can also benefit from sharing the quality and trust-worthiness halo of the innovator company.

In Indonesia, when Sanofi’s anti-platelet drug Plavix® was facing patent expiry in 2012, they introduced a lower priced second brand of generic clopidogrel. Strong economic growth in Indonesia has led to an overall increase in per capita income but over 65 million people still live just above the poverty line, vulnerable to falling back into poverty. Mindful of this strong economic segmentation in Indonesia, Sanofi did not discontinue marketing efforts of its premium brand Plavix after patent expiry, but maintained it in the market along with lower priced second brand. This dual brand strategy allowed Sanofi to successfully market both products in parallel, maximizing value from both segments and thus, cushioning the drop in revenue after the entry of generics.

One of the biggest challenges multinational companies have to overcome in emerging markets is to successfully crack the complex logistics of sales. To establish market leadership in challenging markets, it is not enough to simply price the drug at affordable levels, but companies also have to ensure maximum utilization. Transcending the complexities of emerging markets can be a tricky process. In the case of India, despite rapid development in infrastructure there are still considerable challenges in building and managing multiple distribution channels. For example, acquisition, handling, delivery, promotion and education can differ significantly depending on whether the drug will be dispensed in the rural setting or at urban centers. Partnering with a local manufacturer can be an attractive option in those circumstances.

AstraZeneca recently entered a similar distribution services agreement with Sun Pharma in India, wherein Sun Pharma will market the platelet aggregation inhibitor Brilinta® (ticagrelor) as a new brand Axcer®. Presence of both Brilinta® and Axcer® in the Indian market allows AstraZeneca wider reach to patients and physicians, establishing its leadership in this space.

Intellectual property rights and protection are often inadequate in developing and underdeveloped countries. Provisions in the Trade Related Intellectual Property Rights (TRIPS) agreement allow India to grant compulsory licensing of branded drugs to generic manufacturers. Under this provision, Bayer was forced to allow Natco Pharma to produce a generic version of the cancer drug Nexavar® in return for 6-7% of sales in royalty.

To avoid such government imposed alliances and perhaps also to get ahead of the biosimilars curve, Roche partnered with the Indian company Emcure to market a new brand of rituximab called Ikgdar®. Interestingly, this led to three brands of Roche’s rituxan in India, also including the low-price product Ristova®.

·      Not offsetting product cannibalization adequately
Companies need to appropriately account for the risk of not making up lost revenues from cannibalizing the premium brand. Pressure-testing the forecasts for volume growth of the second brand is extremely important before venturing into a second brand strategy that could jeopardize the premium brand.

·      Muddling the message to customers
Companies should ensure that sales and marketing efforts for both brands are siloed from each other, and there is no muddling of the value story communication with external stakeholders. This may require a separate sales force for the second brand. The financial viability of potentially outsourcing the marketing/sales activities for the second brand or having a partner company take care of the second brand should be evaluated.

·      Selecting the wrong partner
Companies that decide to enter alliances to launch their second brand should be rigorous in their selection of potential strategic partners, making sure that there is alignment on vision, goals and standards.

Launching a second brand can help pharmaceutical companies, especially in emerging markets, to overcome some regulatory, intellectual property, and access challenges. A second brand allows manufacturers to take the lead in markets that are medically underserved and make a lasting social impact. Additionally it allows them to capture a larger range of patient willingness/ability to pay by appropriately managing the brand lifecycle and successfully navigating intellectual property challenges.

As pharmaceutical companies look beyond core markets in search of growth, a second brand strategy can be a powerful means of maximizing value creation and revenue potential.

Ram Subramanian (Ram.Subramanian@simon-kucher.com) is a director in the life sciences practice of Simon-Kucher & Partners based in Boston, MA. Dr. Rehan Baqri (Rehan.Baqri@simon-Kucher.com) is a consultant, also in the Boston office. 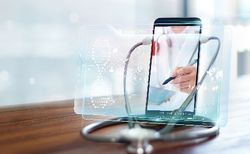