Can Sentinel Save Drug Development?

Presently, the only real postmarket surveillance in the pharmaceutical industry comes from passive, generally unreliable adverse event reports by doctors and pharmacists. But now Congress has instructed FDA to establish an active postmarket safety surveillance and analysis system. The new Sentinel System, part of the FDA Amendments Act (FDAAA), will expand FDA initiatives to access health information databases on an estimated 25 million patients by 2010, and 100 million by 2012. This more extensive monitoring system will detect drug safety signals much faster, and provide a broader picture of drug utilization and related safety problems.

While FDA and industry are busy rolling out implementation plans and launching pilots for more effective postmarket surveillance, the initiative raises a larger issue: How will improved understanding of drugs' effects in real world settings influence drug discovery and FDA approval of new products? The agency has been blasted in recent years for approving drugs that later prove to have safety problems. And even where FDA is not consciously more risk-averse, sponsors have been dropping development programs, and fewer new drugs are coming to market. A number of high-profile products marketed in Europe have not made it through the FDA review system, and additional postmarket monitoring requirements are generating considerable uncertainty in pharma R&D departments. In addition, marketers fear that earlier and broader postmarket data assessment will yield false negatives that set off alarms on every new drug.

A more proactive, more efficient postmarket surveillance system will give regulators more confidence that safety problems can be identified quickly and correctly after a drug goes to market. As a result, FDA may be more willing to approve applications for innovative products despite risks. Agency officials are optimistic about the potential benefits of the Sentinel System, and believe that the program may even reduce the scope of late-stage clinical trials and Phase IV studies. Expanded postmarket assessment could dispel safety concerns about a new drug or vaccine raised in pre-licensure studies, observes Jesse Goodman, director of the Center for Biologics Evaluation and Research (CBER). "The data can cut both ways," says Goodman.

McClellan further explained at the June annual meeting of the Drug Information Association (DIA) that an active postmarket surveillance system reflects a move away from distinct pre- and postmarket regulatory processes and toward a life-cycle approach to drug development and regulation. However, he also noted that rising FDA concerns about drug safety are "not just a pendulum swing," but reflect higher expectations about long term safety.

Agency officials, however, are not looking to build a giant federal health database based on an expanded AERS system. Instead, FDA will expand postmarket surveillance by accessing more data—on drug use, patient outcomes, and specific safety issues—held by private health plans, database operators, government agencies, and manufacturers. By utilizing this distributed network, all personal medical data will remain behind firewalls, reducing concerns about patient privacy and data security.

FDA has been laying the foundation for the Sentinel System for years through contracts and partnerships with healthcare "data owners" that permit queries to electronic health records and claims databases on specific drug safety issues. For example, the agency contracts with UnitedHealth Group's Ingenix, Vanderbilt University, the Kaiser Foundation Research Institute, and Harvard Pilgrim Health Care to access pharmacoepidemiologic information that can test hypotheses arising from AE reports. CBER works with the Centers for Disease Control and Prevention (CDC), the Veterans Health Administration (VHA), the Centers for Medicare and Medicaid Services (CMS), and large healthcare plans to monitor use of influenza vaccine and related outcomes. Several projects with the Agency for Healthcare Research and Quality (AHRQ) are currently assessing the use of distributed networks for comparative effectiveness and safety studies.

FDA and its partners are beginning to map strategies for how this network will operate. A charter will define which entities can join the partnership, what data sources will be used, what queries can be run on the system, who can pose queries, how specific evaluations will be paid for, how results will be communicated, and how privacy protection will be ensured. Most likely, a nonprofit network "convener" will channel queries to the partnership and oversee distribution of results.

Network partners will also research best practices and standards for postmarket assessment, most likely under the direction of a scientific advisory board. New models for data aggregation are needed to permit FDA to trace back to individual cases when necessary, and improved statistical methods will help sort out causality and distinguish meaningful signals in large information databases.

Many of these issues will be explored by an active surveillance pilot program sponsored by the Pharmaceutical Research and Manufacturers of America (PhRMA). After more than a year in development, the project is being launched as a public–private partnership involving PhRMA, FDA, and the Foundation for NIH. Janet Woodcock, director of the Center for Drug Evaluation and Research (CDER), will chair this test program for organizing and operating a drug safety query system using a distributed information network.

In the future, it may be possible to monitor medical product safety through a national health information network that connects clinicians, consumers, and providers across the healthcare system in real time. FDA would have access to such data for public health purposes, but would have to ensure that information exchanges are secure and confidential. FDAAA specifically instructs FDA to examine privacy issues, and for the Government Accountability Office to report on the agency's progress.

A linked system would give a broader picture of health problems and better track patients that change providers. But it would also require a higher degree of consistency and transparency, Woodcock explained at the Brookings forum. "This could be something for the future," she said. "We would not do this to start, but don't want to rule it out."

Effective communication about safety signals from interim results will be a challenge, as will efforts to provide adequate and sustained financial support. These are issues that FDA and its Sentinel partners will address, as well as concerns about scientific accuracy and data reliability, said von Eschenbach. FDA is not implementing the Sentinel System "solely because Congress told us to, but because it's the right thing to do. FDA must and will do this," von Eschenbach said. 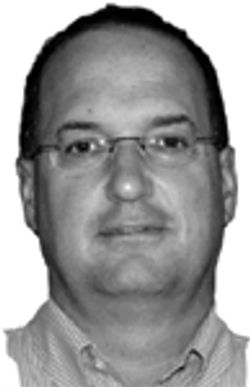