To expand health coverage amid an economic crisis, Obama will be looking hard for ways to cut costs

During the campaign, President-elect Barack Obama promised to change Washington policies and practices. His strategy is to expand federal and local government programs that provide healthcare for adults and children, and require employers to "play or pay" to support insurance for workers. While Obama stopped short of backing a mandate for universal coverage as advocated by many Democrats, his proposals raise the prospect of increased government involvement in the nation's healthcare system.

Expanded coverage also fits the goals of pharma manufacturers. Third party payment for healthcare services and products could boost drug utilization by shielding consumers from the real cost of medicines; millions of seniors joined the system with the establishment of the Medicare drug benefit four years ago. The Part D program has been a boon to pharma, but has also shined a spotlight on drug costs and value while prompting Congressional scrutiny of drug pricing, marketing, safety, and effectiveness.

Early initiatives for the new administration include expansion of the State Children's Health Insurance Program (SCHIP) and increased federal support for state Medicaid programs. Bush twice vetoed legislative proposals to expand SCHIP, prompting Congressional leaders to hold off on further action until after the election. But SCHIP must be reauthorized by April, putting it at the top of the health policy agenda.

Expanding SCHIP and Medicaid would help Obama fulfill his campaign promise to provide healthcare for every American child, and offer coverage to some 25 million of the nation's uninsured. But other reform proposals may take longer. During the campaign, Obama talked about mandating large employers to support insurance for workers or pay a fee. Individuals without work-based coverage and small employers would gain access to private insurance options and a government-sponsored national plan through a newly created National Insurance Exchange. Under this plan, all insurers would have to issue coverage to all applicants without regard to pre-existing conditions.

These changes will be challenging—and expensive. Obama's reform proposal is pegged to cost between $1.2 trillion and $1.6 trillion over 10 years (2010 to 2019), depending on various models. But the plan also includes initiatives to reduce federal spending for healthcare. Health information technology, including electronic prescribing, could net $100 billion in savings over 10 years, and additional savings from expanded disease management programs, coordinated care models, and pay-for-performance initiatives are also forecast.

Obama has also jumped on the comparative effectiveness (CE) bandwagon, predicting that an institute producing research on the relative effectiveness of alternate treatments would save money by reducing unnecessary treatment. However, analysis by the Lewin Group puts the savings from CE at a modest $40 billion, based on low expectations that providers and patients will adhere to new medical guidelines.

Because these strategies yield little in the way of near-term savings, a more popular tactic is to cut government outlays for prescription drugs. Democrats believe they will save millions by revoking the Medicare "non-interference clause," a controversial policy that prevents the Secretary of Health and Human Services (HHS) from directly negotiating payments for drugs covered by Medicare drug plans.

Part D relies on private insurers to hold down costs by demanding low prices and rebates from pharma companies. That approach has worked to some extent, as shown by the recent announcement from the Centers for Medicare and Medicaid Services (CMS) that Medicare drug spending totaled just $44 billion for fiscal 2008—much less than the $74 billion predicted. However, Medicare drug plans do pay more for medicines than federal healthcare programs offered by the Veterans Administration and the Department of Defense, and state-administered Medicaid programs reduce outlays for drugs by collecting additional rebates from manufacturers.

The first order of business for many Democrats is to simplify and centralize the Part D program. Pharmaceutical manufacturers lobbied for the competitive approach to avoid creating a central Medicare formulary that would provide a coverage and cost model for the broader healthcare market. Insurers thus have crafted plans with noticeable differences in formulary coverage, copayments, and premiums. And although the resulting variation has expanded choices and contained outlays, the program has also confused seniors and created disparities in beneficiary costs.

According to the Boston Consulting Group, allowing direct price negotiations by the HHS secretary could cut manufacturer revenues by some $10 billion to $30 billion, depending on whether insurers and pharmacy benefit managers demand the same low prices set by Medicare. But the real impact of direct government price negotiations is unclear. There isn't much room to negotiate lower prices for drugs that have no therapeutic alternatives, or for products in classes where Medicare requires coverage of all medicines. Manufacturers may be reluctant to accept a low price that would extend to the broader market, but it will be difficult to resist selling a chronic care therapy to the huge Medicare population.

Another strategy for curbing Medicare drug outlays is to require manufacturers to pay rebates to CMS. This could start with reimbursement for drugs provided to dual-eligible seniors enrolled in Part D plans, those low-income beneficiaries who previously obtained drug coverage from state Medicaid plans. Switching these patients to Medicare drug benefits has reduced pharma Medicaid rebates and raised manufacturer revenues. Congressional leaders would like to reverse that shift.

Democrats and Republicans alike have looked to reduce drug prices by making it easier to re-import drugs from other countries. Obama offers the usual caveat that the medicines coming in must be safe and effective. But taking steps to ensure product quality appears to limit potential savings. Several state and local drug import programs have been dropped because of high costs and low consumer interest, and extending drug coverage to seniors has removed a large pool of customers for reimport programs.

What may be more palatable for the new administration is to make generic drugs more readily available to patients and payers. At the annual meeting of the Generic Pharmaceutical Association in September, Obama health policy adviser Dora Hughes said that reducing barriers to generic drug use should be central to health reform efforts. Hughes voiced support for curbing reverse payment agreements, and backed legislation that would allow FDA to approve generic versions of biologics. But she said that the market exclusivity period for brand-name biotech therapies should be much shorter than the 14 years advocated by the biotechnology industry.

Although the savings from many of these cost-cutting policies may be elusive, they are likely to gain support on Capitol Hill and in the White House. Political leaders believe it's possible to ratchet down outlays to Big Pharma without undermining R&D, and the prospect of saving some $60 billion in the process is too attractive to pass up.

With Democrats extending their control in both houses of Congress, pharma is bracing for additional regulatory measures that may squeeze prices and operations even more. Industry anticipates bills to limit direct-to-consumer advertising and to require greater transparency in sales and marketing activities. A top Congressional priority is to expand FDA oversight of imported medical products and foods, a move that industry supports. But any FDA legislation will provide a vehicle for enacting additional drug safety and marketing measures. 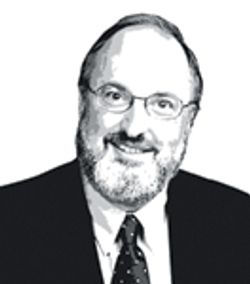