Reinvention takes more than a pithy redraft of the strategy plan or mission statement; money, a change in business culture, and the mindset of thousands of employees is required too

Our September issue is fixated on the theme of reinvention—in more theatrical prose, that second act in life the novelist F. Scott Fitzgerald referred to as being "a total fiction." Pharm Exec specializes in fact, however, and the features we present this month show that near-biblical status in delivering profits can be followed by the competitive equivalent of biologic stasis, where all hands stand "at rest." Instead of a second act, that rest is a slow death sentence for biopharmaceutical companies already carrying the steepest mortgage on the future of any sector in American business. That mortgage is 7.5 years and counting, on average, from the launch of clinical testing to approved medicine in the marketplace.

The lead feature this month, Pharm Exec's Ninth Annual Industry Audit of top-performing pharma companies, notes how external trends like health reform and phase-in of the FDA REMS program are requiring companies to revisit old assumptions about marketing and the customer base. REMS, according to Audit author Professor Bill Trombetta, is a revolutionary act against the traditional marketing function, built around saturation-based promotional spend for a large, undifferentiated customer base.

The Audit says the best-managed companies are deliberately taking a "fit for repurpose" approach that demands of all managers the ability to deconstruct the future before it happens. In many cases, anticipating change requires transforming the very basis of what the company stands for in fighting disease or in emerging markets. Redefining your mission is particularly pressing for the medium-sized "stealth" sector, where shareholders are posing this question to management: How do you plan to differentiate, break out, and lead the transition to the big leagues?

For Gilead, our cover profile and Audit Company of the Year (see "Is There a Balm for Gilead" in this isuue), that question is of pressing importance. It is trying to become a different company, with a broader footprint to track the terrain beyond the current landscape of HIV. Gilead has spun more than a decade of innovation in HIV but the field is increasingly crowded, with generic competitors and new multistakeholder consortia like ViiV looking more like the future than Gilead in their ability to create better access with new therapies. Diversifying the therapeutic portfolio while retaining a market leadership position for HIV combinations will require significant new investments. Yet Gilead has, to date, not observed the "invest to win" model of Big Pharma in pouring billions into R&D.

Reinvention thus takes more than a pithy redraft of the strategy plan or mission statement; money, a change in business culture, and the mindset of thousands of employees is required too. This is precisely why staging that second act is so difficult.

Our third feature, an in-depth interview with Pfizer's lead officer for patents, Roy Waldron, extends this discussion into the areas of corporate function and policy. Here, the reinvention is ongoing, with Pfizer moving from treating patents as a technical and tactical support to a driver of business strategy, a confidence builder in partnerships, and, on the policy level, a reputational asset. And we see again the internal challenge of changing course to allow for fresh responses to the old answers that don't sit as well as they move from stage to audience. It's still one play, titled as the protection of company knowledge assets, but with a freshly edited second act, where the patent lawyer speaks less of "no" than the more flexible "yes"—or at least "maybe."

Where Prescribing Oncologists Go for Their Information, and Why 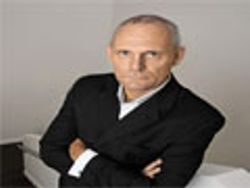 Is There a Balm for Gilead? 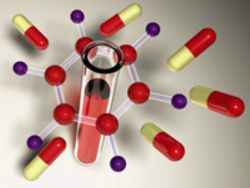