In July, after a wide-ranging review of pharmaceutical legislation, the EC determined that the current ban on direct-to- consumer advertising should be balanced by a pilot system aimed to "ensure the availability of better, clear, and reliable information on authorized pharmaceuticals." It said the pilot should apply to diabetes, AIDS, and asthma products, citing the strong public demand for such information and the ease of monitoring the results of a five-year pilot study for those products.

In July, after a wide-ranging review of pharmaceutical legislation, the EC determined that the current ban on direct-to- consumer advertising should be balanced by a pilot system aimed to "ensure the availability of better, clear, and reliable information on authorized pharmaceuticals." It said the pilot should apply to diabetes, AIDS, and asthma products, citing the strong public demand for such information and the ease of monitoring the results of a five-year pilot study for those products.

Erkki Liikanen, the EC member responsible for enterprise and the information society, claims that pharma companies will be allowed to make information available only when patients or patient groups request it. But LÃ©on Wever, director of pharmaceutical affairs with the Dutch Health Ministry, says the proposals are unclear.

"If it is about information, not advertising, then there is no need to change the law," Wever told a recent Health Action International (HAI)/European Public Health Alliance (EPHA) seminar in Brussels. He said the health ministry was exposed to "daily pressure" from the pharma industry to relax rules on advertising but that his government would vote against the new proposals.

Nongovernmental organizations and health officials expressed concern that the proposals could lead to US-style DTC advertising, and some said it would produce unsustainable healthcare spending as well as unsafe and unnecessary use of medicines. Barbara Mintzes of the University of British Columbia in Vancouver called drug advertising a "grave threat" to public safety.

"With nearly 20 years of drug advertising experience in the United States, there's no evidence that it improves patient health," said Mintzes. "The only benefits are in the profits to drug companies. Pretty much everyone else-patients and public health systems-loses."

The seminar produced agreement that patients need better access to objective information about medicines, but many questioned whether the industry should take the lead in supplying it. HAI and EPHA called on the European Commission to drop the proposal and to be explicit about the driving force behind it. They said the commission should strengthen rather than liberalize laws to protect the public and health professionals from "biased" drug information.

In a briefing paper prepared for Members of the European Parliament (MEPs), long time industry critic Charles Medawar of Social Audit points to what he believes is the real agenda behind the proposals. He suggests that the industry wants to foster friendly patient organizations that will act as proxy spearheads in a drive towards DTC.

Medawar says nobody can contest the proposal to give information to patients who request it, especially in view of the amount of information already available on the internet. But he questions what sort of patient organization the European Commission has in mind.

Medawar refers to a letter to HAI from the commission's head of pharmaceuticals, which said the European Commission was no longer satisfied with the consumer groups it had traditionally consulted because they are "not able to do what we have historically looked to them to do, namely represent the interests of consumers as patients." The letter then recommends that HAI get in touch with the Global Alliance of Mental Illness Advocacy Organizations, a group Medawar says was founded by Bristol-Myers Squibb.

He quotes several other examples in which patient organizations have been influenced by pharma company funding and writes: "There is clear and worrying evidence that European patient organizations are coming to resemble their counterparts in the USA. The industry has gone to great and sometimes improper lengths to get patient organizations on their side-sweetening them to an extent that might be expected to diminish fairness, integrity, transparency, and healthy competition."

Medawar says the industry is linking DTC advertising to health education and the concept of "the expert patient" because it is in crisis. "It is now clear that pharma can survive in its present shape only by expanding markets and selling blockbuster drugs, which, in turn, demands DTC advertising and promotion." 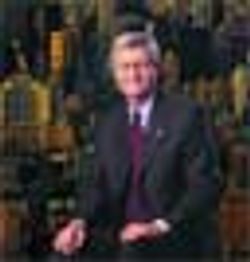 Pfizer on the Front Lines