The reasons, according to a study recently released by Dendrite, include a trend toward avoiding high-cost mass-marketing channels, and the ongoing effects of the diminishing blockbuster model.

What's more, the study reports, although mass-market media are still significant, brand managers also are investing in new channels that are more targeted and patient-driven, such as Web sites, pharmacy programs, and physician-office programs, in an effort to provide patients with specific information that meets their individual needs.

PHARM EXEC: What DTC trends struck you as new and innovative this year?

COMAN: In previous years, there had been an increasing sentiment to invest more in DTC advertising, but this year we're starting to see a slow down.

How big of a slow down?

COMAN: As a frank comparison, if we look at 2005, more than 40 percent of brand managers said that they were going to be experiencing an increase of DTC spending of more than five percent. In 2006, less than 25 percent said that.

What caused such a big change?

COMAN: There's a lot of investment that goes into DTC, but the actual return can't really be measured. So I'm sort of going on faith that this big mass-media channel outlet is going to drive patient and physician behavior. And we haven't necessarily been able to quantify whether that's actually true.

It's really a shift from mass media to more direct media—and more investment in Web sites, pharmacy programs, and physician-office programs, where you have a very specific, direct, and measurable return.

Can you give some examples of targeted DTC initiatives?

BUTA: One area that's very active right now is loyalty-card programs for improving patient persistency and compliance. That's an opportunity whereby a patient goes to the physician's office, the physician writes the prescription, and the patient gets a welcome packet from the pharmaceutical company, including a card that can be used for future reductions in copay or in the actual cost of the prescription itself. It's a situation where the patient opts into a program to get a reduction in cost as well as further information about the product.

COMAN: We've seen a dramatic uptake in persistency programs. Just over the course of the last several months, we have 40 brands up and running with new persistency programs that utilize some sort of a card mechanism or an opt-in mechanism. [Through this] we can start gaining a relationship with the individual patient.

But doesn't mass-market radio and media still draw more consumers to the doctor?

BUTA: I think that's a fair assessment. At the acquisition level, those broader channels make sense, but I think the return on investment is more solidly proven with the direct-marketing programs. Keeping a patient on therapy can often be a much higher return on investment, and better for the patient's health. The pharmaceutical company makes more money if people stay on therapy, the physician's prescription gets tracked more appropriately, and the patient is healthier. So this is a win for all participants in the system.

What kinds of patient-education programs are showing positive results?

BUTA: Patient-education programs are being targeted more appropriately to the patients and to the therapeutic category. Traditionally, pharmaceutical direct-marketing is focused on mass mailings. A patient goes on therapy, you send them one mailing, and then one month later you send them another mailing. Now, these programs are becoming far more interactive. Perhaps each mailing has a survey associated with it, so the pharmaceutical company can collect just enough information to know what it needs to send to the patient to get them through the next hurdle.

How has online DTC marketing changed?

COMAN: Originally, Web sites hosted static communication that described a therapy and information about how a drug actually treats a disease. Web information now includes more tools, such as the ability to register for more information. By establishing some sort of a registration, you're creating an opt-in environment where you can start establishing a relationship with that individual patient.

Is online marketing moving away from straightforward advertising?

COMAN: DTC on the Web is not really about advertising per se, it's about patient-relationship marketing. The statistic I've heard is that 50 percent of patients leave the doctor's office not knowing what they were told or what they were supposed to do. As a result, patients are hungry for unique information that's specific to their situation. I think they're much more willing to come to a pharmaceutical Web site and share their status, their disease, their prescriptions—and then expect to get assistance with how to sort through it all and do the best they can to remain on therapy.

Have you seen any innovative tactics used in television or radio ads?

COMAN: Well, the only thing that's new and innovative from my perspective is creating a more integrated program. If you're going to be doing mass-market advertising, you do it so that you're actually directing people into some sort of form of action.

Taking a Bite of the DTC Pie

BUTA: That's the key trend. It used to be all about awareness for the brand, but now it's really [about] building a relationship with the brand.

In what areas is targeted therapeutic spending growing?

BUTA: If you want to reach a highly targeted therapeutic area, like multiple sclerosis, it really doesn't make much sense to advertise on the nightly news—that broad of an approach is not going to get you the people that you need.

How do you think FDA's push for pharma to front costs for expedited ad approval is going to affect DTC spending in the next year or two?

COMAN: Obviously, that's going to have a negative effect on pharma's ability to do more broad mass marketing. However, I think the overall mindset is changing from mass commercialization and broad awareness to very specific personalized communications.

Everybody is sensitive to these regulations. This is a very regulated industry, and for decades we've been very careful in terms of what we say and how we say it to make sure that the message is clear and that people are not overstepping boundaries. And I think that there just continues to be more sensitivity around that into the future.

Will there be another drastic change in the amount in the near future of money being spent on DTC?

COMAN: If you take a look at where we were historically, year after year there was a gradual increase in terms of sentiment to invest more in broader channels. And to see such a dramatic shift from 2005 to 2006, I think that that's indicative of what's going to happen into the future. 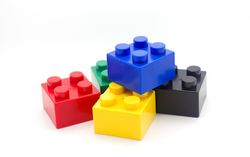