Pharma faces a wide array of pressing issues-almost too many to think about comfortably-from drug safety and the industry's image to intellectual property in emerging markets and the overall usefulness of marketing. To remain effectively focused on strategy, industry executives must find relations between all the individual issues and group them into larger themes. Pragmatically, we all know this is essential.

Pharma faces a wide array of pressing issues—almost too many to think about comfortably—from drug safety and the industry's image to intellectual property in emerging markets and the overall usefulness of marketing. To remain effectively focused on strategy, industry executives must find relations between all the individual issues and group them into larger themes. Pragmatically, we all know this is essential.

But things work differently in practice. How do executives see the issues facing their companies? And how do they organize them into a handful of high-impact "pressure points"? We set out to discover the answer by means of a statistical analysis of the opinions of more than 70 pharma execs.

What we uncovered is, of course, neither the best nor the only way to map pharma's world, but it provides a reality check on how executives actually see the industry and its challenges.

Our study has two phases: In the first, we asked executives to rank important industry issues; in the second, we used statistical analyses to discover links among these issues.

In the first phase we used a modified version of the Delphi technique, a widely applied method to obtain forecasts from a panel of experts. As mentioned, our panel consisted of 78 industry heads. Some run their company's commercial organization or R&D. Others are in charge of a major function such as marketing or clinical development. Still others hold important line or staff jobs. (Participation was anonymous, to prevent an individual's job function, company, or individual identity from influencing other participants.)

We provided the panel with a list of major issues facing the industry over the next five years—a list we developed by reviewing industry publications and conducting open-ended interviews with experts. Our panel filled out a questionnaire, indicating the relative importance of the issues to them. Then, as part of the Delphi process, they reviewed the survey results, comparing their own rankings with those of the other participants.

A key step in our research was to focus on those participants whose answers differed substantially from the average. Did they know something others didn't? Outliers were asked why they believed their answers differed from those of other participants. We shared this information with the other participants, then asked everyone to evaluate the issues a second time. (See "Pharma's Top 15,", for the list of items and the final rankings.)

Though all 15 issues are important, six stood out:

Industry image Not surprisingly, public perception of pharma is a major source of unease among executives. In many developed areas outside the United States, market-based healthcare remains controversial and unsettling. Yet even in a more market-based economy like the United States', opinion polls point to a declining industry image. And in developed and developing areas alike, this declining view makes Big Pharma an attractive target.

Cost of drug development To both commercial and R&D execs, the cost of drug development is of particular consequence. Costs are soaring mainly due to larger and more complex studies. Some of the study complexity is a consequence of increasing regulatory demands. But much seems to be the result of treating more difficult medical conditions. Voicing a general fear, the head of development in one major company said, "My CEO says we must think of major changes in the way we develop drugs—not just to stop the growth in costs but to reduce them by 50 percent."

Drug safety Although much in the headlines recently, this issue transcends sensational reports about specific products. Participants noted that demographic and economic trends are increasing the demand for health services, in general, and pharmaceuticals, in particular. As more complex treatments are used for more serious medical maladies, there is a growing expectation that these drugs have as few side effects as older, simpler medications. "However unrealistic, people will increasingly demand drugs to work with no problems," one participant said.

Price regulation & political environment Execs worry that potential US price regulation and the domestic political climate may lead to unwanted industry change. In the short run, these issues could limit patient access to pharmaceutical products; in the long term, they may hobble breakthrough drug innovation.

Lack of new drugs One senior commercial executive summarized the predicament cogently:"My main concern is, how do we come up with—and sell—new drugs that people can pay for?"

To discover how these 15 issues were related in the minds of executives,we applied a psychometric technique called factor analysis used in marketing, product management, and many other disciplines. This method of analysis is based on a simple idea: Sometimes answers to individual items are just that—often, however, they are the result of several underlying causes. Factor analysis provides us with the perceptual map that the industry leaders in our study have of the issues. We labeled these underlying factors pressure points (see "Under Pressure," at left).

Pharma execs recognized that the costs associated with the tarnished image of the industry are driven in large part by society's perception that companies promote unsafe drugs. There are also more literal costs—not only the loss of revenue and profits from drugs that are pulled from the market (Baycol, Vioxx) but also the money spent on legal defense, which diverts resources from R&D and operations.

Pressure Point 3: Politics & Legislation With the shift in control of Congress, this pressure point deals with the impact of the political environment, the potential regulation of drug prices, and the impact of all this on profits.

Understandably, these issues cause a high degree of uncertainty. While executives have limited control over politics, legislative outcomes can range from the potential revisions to Medicare Part D to the threat of restrictions on freedom of the direction companies take on medical research. In a December Wall Street Journal interview, Sidney Taurel, CEO of Eli Lilly, proclaimed, "The potential for medical research is unlimited. We just need to make sure we don't interdict it by the wrong policies."

Attempts by Congress to dictate the direction of research could have a profound effect on the speed of development of cures and prevention of diseases. Laws establishing price controls are likely to decrease profitability—and the resources available for R&D. The potential ban of authorized generics—another item on the legislative agenda—would have an impact on the lifecycle strategies companies use to manage brands as they approach patent expiry.

Globally, the political environment offers conflicting opportunities for pharma. The largest developing markets are China and India, whose combined population exceeds two billion. However, two issues prevail: developing economies are unable to support high-priced technology to generate profits, and there is still limited protection in these markets for intellectual property.

Pressure Point 4: Regulatory Environment Increased regulation of drug development and drug marketing are the issues included in this pressure point. As the cost to bring a drug to market approaches the billion-dollar mark and time to approval exceeds 10 years, executives are seriously concerned about any potential increase in regulation.

But some participants' comments suggest what may be a more general view that regulation to ensure safety, efficacy, and proven therapeutic value is a way of life for pharma. Self-regulation by individual companies and the high costs related to this action should not go overlooked, particularly given Pfizer's recent decision to cease development of torcetrapib.

While the Sarbanes-Oxley Act affects all industries, additional compliance issues and investigations by the Office of the Inspector General have prompted a number of changes within pharma regarding the promotion of drugs to physicians as well as to consumers. Restrictions on detail calls continue to reduce access to prescribing professionals, prompting alternative methods, such as electronic, to reach customers. Stepped-up administrative enforcement increasingly stretches limited resources.

Pressure Point 5: New Drug Discovery, Development & Adoption Executives see this pressure point as a key concern for a viable future. As expected, the issues closely associated with this pressure point are the potential lack of blockbusters and of innovative new drugs in coming years, and the overall effectiveness of drug marketing.

Not only did executives emphasize the escalating investment to bring new drugs to market, but they recognize that multiple blockbuster drugs in the portfolio are likely to be scarce. On the flip side, there is no shortage of compounds available for development by, for example, in-licensing. As Scott Gottlieb, FDA's departing deputy commissioner of medical and scientific affairs, recently noted, the past year has seen a significant increase in the number of Investigational New Drug filings.

Adoption of new drugs depends on efficacy and affordability. Execs are increasingly concerned about how to make new therapies accessible to patients without payer refusal or high co-pays. One participant put it flatly: "The need for greater innovation with spiraling costs and lack of blockbusters will require a change in the pharma business model." Whether this change will come about as a result of evolution or revolution is up for speculation.

Pressure Point 6: Global Financial Results The issues linked to this pressure point are generic drug usage, drug profits outside the United States, and the lack of intellectual property protection in key markets such as China and India. It is significant that this factor ranked last among pressure points—one might deduce that executive focus is shifting from stockholder to stakeholder.

The industry's overall rate of financial growth has, of course, slowed in recent years. While all 15 issues in this study predictably have some impact on this growth, the degree to which each influences the industry is directly related to how it is addressed in the short term. One participant provided this insight: "The largest problem is [pharma's] inability to document the value of its innovative products to third party payers, who are critical to the industry's future prosperity; increasingly the customer is the payer."

A final comment hints at a deeper frustration: "One can only hope that America soon realizes that no profits equal no new drugs...it's that simple."

The ranking of responses, together with the commentary, indicate that the future of the pharmaceutical industry can best be characterized as more uncertain than ever. The research, discovery, and development of medicines are by nature a risky business. But couple those stakes with the growing unknowns of the political, economic, and social environments, and the pressures faced by industry leaders rise ever higher.

The future success of the industry depends on the direction of legislation and the improved perception of the industry. Industry can have only minimal control over the first. The second will require a concerted effort to develop and communicate the value that prescription therapy brings to people in terms of extended and quality lives. 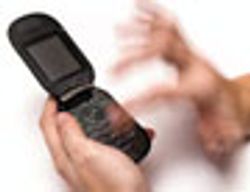 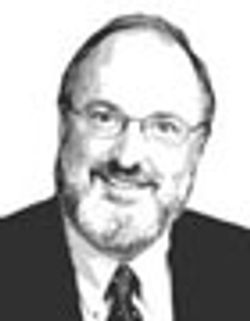 From the Editor: Left Out 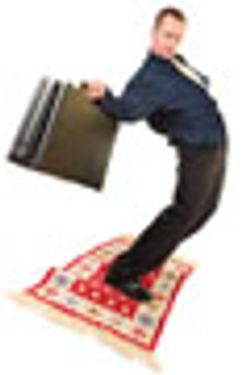