It's not FDA's job to make doctors and patients take more responsibility for using drugs wisely. But whose job is it? Really, whose?

I don't think I've ever heard anyone use the word trajectory quite as lovingly and often as FDA Commissioner Andrew von Eschenbach. That may not sound like a compliment—and normally it wouldn't be. But when Washington Correspondent Jill Wechsler and I sat down to talk with the commissioner for this month's cover story, and he started laying out his thoughts about the agency and its, well, trajectory, I quickly got the point. This is a man who takes the long view, who sees his job as getting a vital institution from here to there. It's not his job to sit still, but, as the dot-commers used to say, to rebuild the plane in mid-flight.

You can read the conversation for yourself, starting. For me, the most interesting part comes when he talks about safety, a topic on which von Eschenbach is clearly disinclined to accept the conventional wisdom. I asked a question about something that has long troubled me about the way the drug-safety system is set up: FDA's system puts drugs with substantial risks on the market—but it ensures that patients and physicians have a rich supply of information about those drugs, so they can make appropriate individual decisions about how to manage risks.

It's a great system, if it works. And, unfortunately, there's a lot of reason to think that it isn't working—that doctors aren't as good as they should be at explaining risk and that they're not having the kinds of conversations with patients that they need to be having. If this key part of the safety system is breaking down, I asked von Eschenbach, doesn't it mean that FDA has to alter its standards and insist that only the very safest drugs go on the market?

No, he told me. It doesn't necessarily follow that FDA should raise the bar. "What should follow," he said, "is that we have to view this as a systems problem that needs a systems approach.... FDA is not providing direct patient care.... Medical professionals have a responsibility to find more effective ways to take that data and that information and integrate it into patient care. Patients have a responsibility in that too."

In short, to put it a bit less diplomatically than von Eschenbach himself put it, drug safety is lots of people's jobs—and not just FDA's or the industry's. Yes, the industry and FDA have had their missteps and failings over the past few years, but they haven't been solely responsible for everything that's gone wrong. Sometimes a doctor's job is to say no to a patient. Sometimes a patient has to say no to a physician. And if those two groups don't fulfill those responsibilities, things fall apart. Our drug-safety system—our reasonable, sensible, flexible drug-safety system—isn't operating properly, not anymore than your car would run if you were to remove the fuel injection system and a couple of the tires.

But here's the question: In the current climate, who's going to get patients and doctors (and to a lesser extent, payers) on board? Who's going to make them take on the work of making good decisions and occasionally the responsibility for having made a bad one?

It's not a trivial question, and it's certainly one for which I don't see any obvious answer. Sure, it's in the industry's interest, and FDA's, to make sure that other people take their share of blame and responsibility. But that doesn't mean FDA and industry are wrong. As von Eschenbach pointed out, it's a systems problem, and it needs systemic treatment. 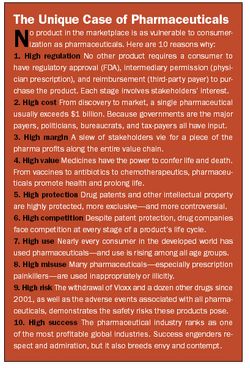 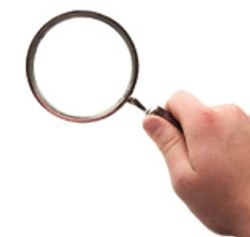