Eruptions on the Drug-Pricing Horizon in Europe

An escalating political debate over pharma pricing and reimbursement nears the boiling point.

"Better volcano forecasting," the European Union announced with pride in mid-September. The breakthrough was a new EU-funded monitoring scheme for Iceland's volatile geology. What the EU has paid less attention to is the volcano that is soon likely to blow apart its assumptions on the pricing and reimbursement of medicines.

The agenda for the informal meeting of EU ministers of health in the last week of September should have been warning enough. Italy is host to this six-monthly meeting, in Milan. Exercising its privilege as the current holder of the revolving EU presidency, it set the agenda—with an eye to pyrotechnics. The centerpiece for the meeting is a discussion on the price of drugs, driven particularly by concerns over the cost of innovations such as Gilead's hepatitis C treatment, Sovaldi, on which the Italian and French health authorities have been leading the attacks.

A discussion paper circulated in advance to national ministers starts blandly enough, with an outline of the challenges of bringing innovation rapidly to patients—all that familiar territory of the cost and risk of R&D, and meeting unmet medical need with therapies that "are affordable to the EU healthcare systems," along with calls for closer dialogue with regulators and more capital investment. Similarly, the paper rehearses the range of EU options for speedier marketing authorization—conditional, exceptional circumstances, compassionate use, and the more recent moves by the European Medicines Agency (EMA) toward adaptive licensing. But it soon edges closer to controversy with an observation that "some challenges remain since there are still medical needs to be met and patients are demanding faster availability of promising new therapies at affordable prices."

That allusion to affordable prices is the bubbling of lava underground. The paper that ministers are to discuss notes how the focus is shifting beyond questions of authorization, and starting to embrace considerations of a medicine's added value and its reimbursement potential. So although pricing and reimbursement remain matters for national decisions in the EU, "relevant bodies and competent authorities need to link into discussions," it says. The organizations currently engaged in health technology assessment in Europe "often work in isolation and follow slightly different processes and modalities," the Italian paper remarks—and the limited experience of cooperation so far "has shown that working together delivers substantial results in sharing information on assessments carried out by national and regional agencies, in developing common methodologies and in testing them." The needles that measure seismic movement start to twitch as the paper proceeds to argue that "robust agreements and cooperation structures are needed for working jointly at EU level and for enabling member states to use the results of the cooperation in their national and regional activities on HTA."

But it is when the paper moves on to "defining reasonable and affordable prices for innovation" that the subterranean rumbling really starts. "The current perception is that, for new products particularly, prices are too high for the public payer," it says. "Several member states have stressed the need for a broader debate on how to balance out competing needs for paying the adequate value for innovation and equitable and affordable access to innovative therapies for patients." Discussion at a high political level "would be very timely to steer priority setting."

This discussion at high political level is going to take the EU directly into the most sensitive area of the drug industry's relations with national authorities—those complex and discreet deals that companies reach over pricing and reimbursement. Because drug firms in Europe must contend with the double jeopardy of reference pricing, it has become the custom to fix deals with individual member states that draw a veil—for the outside world—over the precise financial arrangements reached, amid the numerous variables relating to discounts, or agreements covering volume, or managed entry schemes, or even a company's entire portfolio. This is the equivalent of the thinnest part of the earth's crust, and Italy's discussion paper marches boldly onto it.

"There is a lack of transparency in prices: member states do not necessarily know what prices other member states are paying for a given volume of products." it says. And it treads undaunted into zones considered, until now, more or less off-limits for public discussion. "Managed entry schemes: do we know if they work?," it demands. On "price-volume agreements as part of a tender: are these comparable prices?" And on "market volume: what is the implicit price discount larger markets will command, and can this be up-scaled at EU level, for example, through joint procurement agreements?"

"There is a case for increased transparency and cooperation between member states on price setting," concludes the Italian presidency. It even suggests extending a controversial network designed to assist European countries in exchanging drug-pricing information. And it poses direct questions to ministers on what they believe should be done to change the situation. Do they agree, Italy is asking, that efforts should go beyond increased transparency and information exchange, and lead to systematic direct cooperation on prices of health technologies and products. Would they be willing to contemplate "dissemination of analysis of prices in member states and voluntary common mechanisms?"

Is transparency the answer?

The answers are awaited with interest. To express it with delicacy, it is reasonable to assume that some EU countries, particularly those facing the greatest economic challenges, will be ready to support such approaches—because the more they know about drug prices and reimbursement levels in other member states, the easier it is for them to negotiate with drug firms and exert pressure for the best deals available in Europe. The attitude of those EU countries with a strong medicines industry is harder to predict. While Germany or the UK or Sweden, for instance, are obviously interested in containing their domestic drug bill, they are also conscious that if drug prices are cut back everywhere, their domestic industries will suffer—along with jobs and research and exports. The answers from industry (although it is not at present being asked) are likely to be more clear-cut: if wider information and cooperation were to mean a more coherent view of pricing and reimbursement that would take account of the benefits of therapy as well as its costs, and lead to better treatment on prices, it could be advantageous—but any levelling downwards would be bad news.

With rather less delicacy, an explosion is on the way. On the one hand, companies feel they are harshly treated on pricing even in some of the more generous countries—and they feel constantly at risk of seeing much of their returns eroded by parallel importing in the EU's single market. On the other hand, the pressure on health and finance ministries to contain costs is huge—fed by inflammatory debates in national and European parliaments. A European Parliament debate just days before the Milan meeting featured repeated accusations of industry's "shameless profiteering," and was embellished with numerous calls for price caps, reduction of patent term, compulsory licensing, and joint procurement of medicines. Even senior officials in member states nowadays speak openly of industry "blackmail."

And with the debate intensifying as new treatments for cancer and hepatitis C come on the market seeking tens of thousands of euros as their price, something is likely to crack. Any comfortable assumptions about business as usual in the EU drug pricing scene are poised for extinction.

On its Iceland monitoring project, the EU said: "Volcanic eruptions are notoriously difficult to predict." Maybe in geology. Not in the politics of European pricing and reimbursement. Get ready to run. 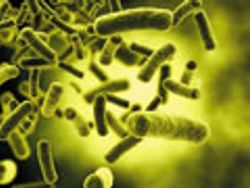 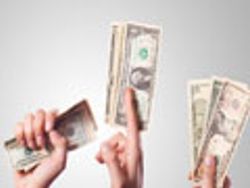 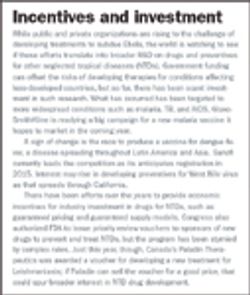