Top officials at EMA push the boat out on drug-pricing views.

As if the tensions surrounding the cost of drugs were not high enough already in Europe, leading figures at the European Medicines Agency (EMA) opened up the debate even wider in May. Radicals who wield real power at the agency went public with their latest thinking about the role of regulators in the economic aspects of medicines provision-despite the decades-old European Union (EU) taboo about linking pricing with authorizations.

They offer some hints of reluctance for this departure, and suggest their hand has been forced. “Although drug regulators aren’t supposed to be concerned with pricing, they’ve been drawn into an acrimonious debate,” wrote the EMA’s chief scientist, Hans-Georg Eichler, and its executive director, Guido Rasi, in the New England Journal of Medicine. They showed no timidity, however, as they enter into the crux of the matter with real gusto, even extending their reflections into the equally contentious area of faster approvals.

The EMA officials and their co-authors are openly critical of the current situation, and “the growing budget pains caused by newly authorized products”-with explicit references to recent launches.

“We fail to comprehend prices that, like Sovaldi’s, recoup the entire investment within the first few months after a product’s launch but are so unaffordable that patients in need are denied access,” they say, speaking of “financial toxicity” and evidence that “companies tend to charge whatever the market will bear.” And they unambiguously predict that “the market will not bear some of the higher drug prices.”

But their intention is not to put all the blame onto companies. “Regulation drives up R&D costs,” they openly acknowledge. “Regulatory requirements have undoubtedly made pharmaceutical R&D expensive.” They also accept the underlying logic of the current drug development model: new drugs should command prices that reward and provide incentives for R&D investment, they say. “Potentially useful products may not be developed if companies fear they won’t be able to recoup their R&D costs,” they recognize.

Instead, they explore how regulators may be able to exert some beneficial influence. They can’t shut up shop, obviously: “If we eliminated regulation, the current biopharmaceutical business model would collapse-and so would science-based drug development.” In any case, R&D costs are not the only factor behind high prices. Cutting out some of those regulation-driven costs would still not mean that prices would automatically drop.

“Even pharmaceutical executives admit that this assumption is naÃ¯ve,” say the regulators. In addition, “robust regulation” is a good thing for all concerned, because it obliges drug firms to meet high standards, and any lowering of standards would be “unwise for both patients and organizations that invest in pharmaceutical R&D.”

So what can they do? Top of their menu is promoting competition, by rapidly approving generics and biosimilars that can drive down prices. And when companies are taking advantage of monopoly conditions for generic drugs, regulator could fast-track additional generic authorizations. As a more challenging approach, they could “ensure that ‘me-too’ products continue to come on the market at a reasonable speed.”

Knowing this is a red rag to the bull of many consumer advocates who routinely accuse drugmakers of marketing products with no added value, the regulators argue that added value is difficult to predict, and “me-toos” can help to drive down prices.

It is in their recommendations for re-assessing the entire process of getting drugs to patients that the EMA officials push the boat out furthest, with their support for significant changes. “Clinical drug development is generally an inefficient process,” they state boldly, urging a profound review of “the elaborate superstructure involved”-which, it says, “could be pared down without harming participants.” The iconoclasm doesn’t stop there: conventional development and licensing pathways are also “often economically inefficient.”

Cue an eloquent commercial for the EMA’s recent activities in these areas. And not just the parallel scientific advice sessions it has been hosting where regulators, health technology assessment (HTA) experts, and drug developers discuss premarketing clinical trial designs. “Working with HTA bodies and patient groups, the EMA is exploring whether a more flexible development, licensing, and reimbursement approach called adaptive pathways may help companies stagger clinical development costs, generate revenue earlier, and remove some risk from R&D without relaxing the criteria for determining products’ riskâbenefit profiles,” they say.

This life span approach to generating evidence “will lower the threshold for financing drug development at a time when prices are coming under pressure,” they argue.

They qualify their adventurous exploration with a disclaimer: “We firmly believe that assessment of quality, safety, and efficacy should remain separate from pricing and reimbursement decisions. Regulators alone cannot solve the growing problem of high drug prices.”

But, unsurprisingly, that has not been enough to ease concerns among some of the organizations who are skeptical about the merits of voyaging into these uncharted waters.

One of the first into the fray was the European Public Health Alliance. Its spokesman on access to medicines, Yannis Natsis, took issue with any link between adaptive pathways and doing anything about “the high prices of medicines.” There is, he said, no compelling evidence to support assumptions of improved affordability. On the contrary, “some evidence points to fast-track approaches leading to higher prices,” and some  serious assessment is needed of the impact. It is not enough to be “working on the basis of an untested assumption,” he said.

Natsis went further in a statement he released days after the NEJM article appeared. He claimed that the pilot project the EMA is running on adaptive pathways is a Trojan horse for easing regulatory rigour. Citing earlier

expressions of concern from “the public health community” about “the questionable innovative value of these medicines” and “fears about patient safety,” he said there are “serious questions as regards to public health risks of such an approach.”

He alleged that the adaptive pathways school of thought “seeks to introduce a new model applicable to all drug approvals in Europe by turning the exception-early access-into the new rule,” with the result that the fast-track, light-regulation approach will become the de facto approach for approvals for all medicines. This, Natsis warned, would be a fundamental regulatory change through the back door, without adequate consultation of stakeholders or approval from policymakers. “It is a paradigm shift with massive political impact. Its implications cannot be discussed any longer in side meetings and â¦ without political accountability and oversight.”

The pressures that Eichler and Rasi perceive are real enough, and will not go away. The dilemmas that drug pricing throws up are exercising senior figures in the pharmaceutical industry, too, and some sort of accommodation or resolution is going to have to be found before long. But the voices of the self-styled “public health community” will have to be taken into consideration, too, if high-level agreements are not to be undone by street-level skepticism. 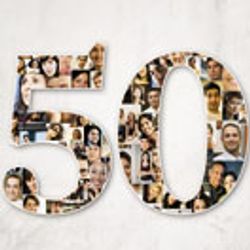 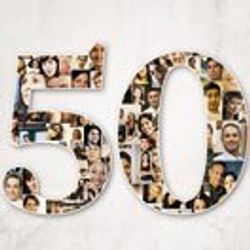 Diversity and Inclusion: A Pharma 50 Perspective 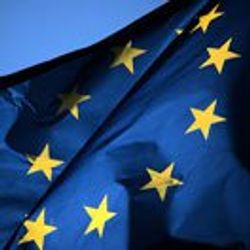