A look at the EU plans for a European patent, and where the UK fits in the mix.

One of the latest efforts to bring greater commonality in the European Union (EU) is the introduction of a European patent supported by a Unified Patent Court (UPC). Naturally, the pharmaceutical industry will have a significant interest in improvements to the patent system in Europe; after all, patents play an important role in ensuring that returns are made on significant research and development investment. So much so, that some say that protection of intellectual property is at the core of the business.

The basic rationale for a more comprehensive European patent system, building on the existing European Patent Office(EPO), rests on simplification and a more cost-effective approach to deliver patent protection and settle disputes. Any improvement in the patent system-especially if it can lower costs (even marginally)-is likely to be welcomed by the pharma industry.

The common court will be part of the member states (MS) judiciary systems-if they opt in. So far, that’s all MS, except Spain and Poland. With the UK voting in a referendum to leave the EU on June 23, Britain’s involvement is now up in the air.

A single patent valid across Europe

The idea at the heart of the UPC is to have just one patent recognized by all MS and a single European court where disputes can be handled. The new system will mean that a “European” patent will be automatically validated in all the MS who have ratified the system at the time that the patent is granted by the EPO.

Companies will no longer need to validate a patent in each MS, saving paperwork and fees. The unitary patent will have a uniform fee for renewals set at the total of the renewal fees for the “top four” countries where patents are most frequently validated. These are Germany, France, UK and the Netherlands. That amounts to a potential saving in renewal fees of close to 80% versus the current regime.

Applicants can still opt for a national patent and validate their patents with the relevant agencies in individual MS; that might be attractive while the new system beds in.

A single court for patent litigation

The UPC will provide a single place to deal with civil litigation relating to European patents as well as supplementary protection certificates. In addition, the UPC will be the sole place for actions concerning decisions of the EPO. The UPC will base decisions on Union law, the UPC Agreement, the Convention on the Grant of European Patents (EPC) and applicable international agreements.

Although difficult to determine the scale of savings, it’s thought that avoiding duplication of infringement and revocation cases should bring large benefits for the European economy. Estimates suggest that the UPC could have a cost/benefit ratio of 1:5 or even as high as 1:10.

Alexander Ramsay, chair of the UPC preparatory committee, says that, “the potential benefits are huge; it will be a one-stop shop for patents and litigation in Europe.” He points out that it will “cut a lot of red tape to achieve unified patent protection,” saving companies from “needing to validate in each MS, pay individual renewal fees or translate patents into the national language.”

Industry sees the potential, too. Elise Melon, director of intellectual property policy at the European Federation of Pharmaceutical Industries and Associations (EFPIA), suggests that, “it will just be easier in many respects.” Melon notes that, “we already have the EPO, although it’s not formally a European institution; it serves as single entry point to apply for a European patent, but we haven’t got this for litigation, and this means that companies need to litigate in parallel in several MS if there is a dispute.”

The problem, she points out, is that, “this takes time and resources to pursue a dispute in several MS and there is a risk of different decisions.” She concludes that the UPC has the potential to “offer simplicity.” Even better, if it can be speedy, too, in reaching good, quality judgments.

The Court of Appeal and the Registry will be based in Luxembourg. Setting up these institutions requires a host of rules and procedures, as well as the people and physical infrastructure, too. Ramsay believes that the UPC will “attract the best possible judges.” This is something he sees as critical to making the new system a success.

Judges serving at the UPC will be nationals of MS and, not surprisingly, will have experience in the field of patent litigation and a good command of at least one official language of the EPO. Any Panel within the Court will have a multinational composition. It’s expected that once the UPC is up and running that it’ll need a few hundred judges, although many will work part time. It could be attractive, too; a net salary of around €11,000 a month is reportedly more than many would earn in national systems.

The final “go live” date for the UPC depends on legal technicalities, including the deposit of the 13th instrument of ratification and the date of entry into force of the amendments to Regulation (EU) No 1215/2012. In simpler terms, 13 MS, including France, Germany and the UK need to ratify or at least get parliamentary approval to ratify the UPC Agreement. So far, 10 MS have ratified the agreement, including France, but both Germany and the UK have yet to do so.

There are practicalities to deal with as well, including recruitment and infrastructure. If all goes well, the UPC should start formal operations in early 2017.

It’s not clear yet whether everyone will want to take up the opportunity for a unitary patent for 25 MS. After all, that is advantageous if the UPC holds up the patent, but less so if it doesn’t. In one fell swoop, a key patent could become null and void across those same 25 countries. Melon notes that, “the pharmaceutical industry is different to others; say in ICT, where there will be hundreds or thousands of patents, but in our industry, there may only be a couple of patents for a product and that means that their value in our industry is quite different.”

Many of those working in life sciences may take a cautious approach: watching how well the UPC functions for the first few years. The pharma industry may make use of the opt-out for their most important patents, using

national patent systems that they are more familiar with for the time being. “Companies will likely have different and mixed strategies, trying the UPC for some but not all their patent disputes,” says Melon. “It’s a reasonable expectation, too, that some companies may wait some months, or even years to see how the system is operating.”

Plans have already been set out for evaluation of the fully functioning UPC. That will be either after 2,000 infringement cases have been decided, or seven years after the entry into force of the UPC infringement, whichever is the latest.

The UK could still ratify the UPC Agreement, despite the intention to leave the EU, as it will remain in the fold for two years following it’s formal request to leave, known as Article 50. When Article 50 will be signed is unclear, although the new Prime Minister, Theresa May, has said that “Brexit means Brexit.”

The UPC’s preparatory committee has said that it will continue to work as planned despite Brexit. Ramsay points out that he leads a technical group, and that the consequences of Brexit “depends on political choices that need to be made in the coming months.” Despite this uncertainty, he says that “the UK is still a MS of the EU and it’s perfectly possible to move on with the ratification [of the UPC agreement].”

Industry too is watching and waiting, and according to Melon, “EFPIA is supporting the UPC project. It would, however, be greatly weakened without the UK. We hope that we can find a way to allow the UK to stay in the project.” London was slated to have a division of the Court of First Instance. The city was also expected to host a special branch of the central division for life sciences.

Leela Barham is an independent health economist and policy expert. She can be reached at leels@btinternet.com 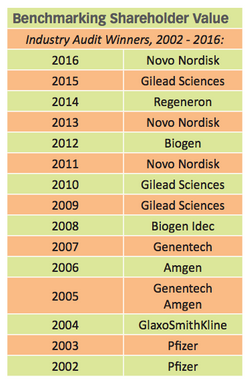