As the old orthodoxy shatters, pharma must stand firm or leave the field.

Despite a quarter-century of investment by the government, academia, and the drug industry, Alzheimer's disease (AD) remains essentially untreatable. The five drugs on the market offer, at best, ephemeral cognitive benefits with no bulwark against the disease's ravages. Sadly, patients and caregivers desperate for effective treatments will likely see little relief over the next decade, as the industry's late-stage compounds appear to be falling like dominoes. In 2007, Neurochem's Alzhemed went bust in Phase III; last year, Myriad's Flurizan fell after the largest-ever Alzheimer's clinical trial. At the International Conference on Alzheimer's Disease in July, GlaxoSmithKline, AstraZeneca, Johnson & Johnson, and Abbott all reported failures.

Even Elan and Wyeth's bapineuzumab, once hailed as one of the most promising drugs in medicine, is looking more star-crossed than starlike. Disappointing—and, to some critics, dubious—Phase II data showed only modest cognitive improvements in only one third of the patients. Still, eight Phase III trials have been bankrolled.

What all of these compounds (and 13 of the 20 other late-stage contenders) have in common is that they target amyloid beta, a peptide whose dense, sticky plaques are AD's main hallmark. Amyloid has been hypothesized as the sole cause of AD ever since its sequence was decoded in 1984. But with pharma's apparent failure to produce a disease-modifying drug with this amyloid-targeting approach, that theory, and the field itself, is in grave disarray. "Everyone is waiting on bapineuzumab," Michael Gold, Glaxo's vice president of neurosciences, told Businessweek. "If that one fails, then everyone will say we have to rethink the amyloid hypothesis."

"The Church of the Holy Amyloid"

That rethink has, in fact, long been the focus of researchers laboring in the shadows. Claude Wischik, at Britain's University of Aberdeen, has been pursuing the tau protein, whose neurofibrillary tangles are AD's other distinctive hallmark. By contrast, the metal-ions theory of Ashley Bush, who runs an AD lab at the Mental Health Research Institute of Victoria, Australia, has gone from fringe to buzz.

For years, Wischik, Bush, and other alternative theorists have railed against what they call the "church of the holy amyloid" and amyloid bias in federal funding, publication, and venture capital. "It is extraordinary that a disease of such importance has been hijacked for so long by a narrow school of thought," says Wischik, whose original claim to fame was his 1986 sequencing the tau protein. "What is particularly tragic is that this has led to a correspondingly narrow perspective in the pharmaceutical industry."

Key opinion leaders, not surprisingly, scoff at these accusations. Says William Thies, medical and scientific officer at the Alzheimer's Association: "The success or failure of the amyloid-targeting drugs doesn't mean the paradigm in Alzheimer's is changing. That's how science works. It's a naturally evolving process as we learn more and more about the underlying pathology. "

But the science isn't working, says Zaven Khachaturian, who was head of AD research at the NIH in the '80s and '90s when the correlation between amyloid deposits in the brain and the symptoms of AD was institutionalized as causal—a leap too far that nonetheless found support from important advances tagging AD-related genes. "All this provided legitimacy and excitement to the field," Khachaturian recalls. "But it also established a 'scientific orthodoxy' about the hypothesis, acceptance of ideas without questioning the premises, and dismissing opposing views."

Despite such resistance, a series of discoveries over the past decade have significantly undermined the amyloid claim. Some even argue that far from being toxic, the naturally occurring protein may be neuroprotective. This argument gained force last year when San Francisco biotech Medivation reported unprecedented benefits in Phase II results of dimebon, capped by the confounding news that this potentially disease-modifying compound appeared to raise amyloid levels in the brain. Says Khachaturian: "There is a growing recognition that the neurodegenerative processes [of AD] involve several alternate paths, but there the consensus ends. We need a new unifying theory." Lacking that, he fears that "drug companies will walk away from Alzheimer's as untreatable."

In 2002, announcing a "war on Alzheimer's disease," Wyeth CEO Robert Essner said, "This is going to be the disease—and maybe one of the biggest healthcare political issues—of my generation." More than 5 million Americans are afflicted, and nearly 10 million are unpaid caregivers, according to the Alzheimer's Association. The annual cost of the disease is already $150 billion, and over the next decade, as Baby Boomers swarm the Medicare rolls and the incidence of AD rises 30 percent, a crisis is in the offing.

For pharma, every crisis is an opportunity. "The barrier to entry is not very high," says Datamonitor CNS senior analyst Terence McManus. "Any drug that is disease-modifying will be an instant blockbuster." Yet the brain remains something of a mystery, and AD research presents a minefield—poor biomarkers and animal models, and clinical trials that are among the longest, largest, and costliest in the industry. Humans appear to be the only animal to suffer from this slow-to-develop, late-to-diagnose neurodegenerative process, so drugmakers with a promising—but dimly understood—compound have to choose between shelving it or going headlong into Phase III. With risks like those, scientific orthodoxy at least provides cover for pharma managers.

B-mab is the big weapon in Essner's war. Working with Dublin-based Elan, Wyeth developed the compound by reverse-engineering their failed experimental AD vaccine and injecting pre-made amyloid-protein antibodies directly into patients. Currently in Phase III, b-mab is expected to face FDA in early 2011. Though its data have underwhelmed, J&J liked it enough to pay $1.5 billion for a small stake in Elan and a big share of b-mab sales, which McManus estimates to peak at $2.8 billion in 2018.

B-mab's early hype sent other drugmakers searching for their own anti-amyloid monoclonal antibodies. Lilly's solanezumab is the only competitor to have advanced into Phase III—and that by skipping a Phase II efficacy trial. The company also rushed its novel gamma-secretase inhibitor, semagacestat, which turns off amyloid production, into Phase III. Baxter International's Gammagard, an immune-globulin cocktail for leukemia that also has anti-amyloid antibodies, is due to report Phase III results next year.

Each of these compounds binds to amyloid in a unique way. But none appears to halt, let alone reverse, the relentless progression of AD. How they'll fare at FDA is a great unknown. But one thing is certain: Pressure from patients and caregivers for treatments that offer even incremental improvements will be intense.

With so much focus on b-mab, an the old Russian antihistamine revamped by Medivation to treat AD flew under the radar. Yet dimebon has emerged, however unexpectedly, as the best hope of mastering the Alzheimer's beast. "It's the only drug in the history of Alzheimer's where there was actual clinical improvement on all five outcome measures, and these benefits increased substantially at week 52 compared to week 26," says McManus. The chemical's neuroprotective power remains a bit obscure, but it appears to modulate several neurotransmitters—improving AD's symptoms—while also hitting the mitochondria, which confers its disease-modifying potential. (Mitochondria, cells' "power plants," are central to many critical cell functions, and may spark brain-cell death by the production of free radicals.) Pfizer is partnering with Medivation in five Phase III trials in a deal worth up to $725 million in milestones; the drug is being tested in all stages of the disease. If these data are consistent with earlier results, dimebon looks destined for FDA approval. Yet proving that dimebon is truly disease-modifying will be an uphill battle. "Clinical trials don't last long enough to confirm reversal, and the mechanism of action has yet to be clearly defined," says McManus, who projects that dimebon will become the first-line treatment with peak sales of $5 billion in 2018.

Claude Wischik is also working the mitochondria angle at his biotech, TauRx. He argues that tau tangles, not amyloid clumps, are central to AD's neurotoxic cascade, which is set in motion by mitochondria whose finely tuned programming goes haywire with aging. TauRx's lead product is Rember, a formulation of MTC, the reagent methylene blue. According to Wischik, it prevents tau protein aggregation by boosting production of a mitochondrial enzyme. In Phase IIb trials, the startup reported—albeit in a rushed fashion that sparked controversy—significant improvement at 24 weeks and stabilized AD over 50 weeks. Meantime, Ashley Bush's metals-ion has moved from marginal to mainstream. His hypothesis is that aging wreaks havoc on the body's delicate balance of metal ions: Zinc causes amyloid to accumulate, and copper bound to amyloid peptides catalyzes oxidative damage. The technology he and his colleagues developed at Prana Biotechnology—called metal-protein attenuating compound—has yielded four AD candidates, including a lead compound in Phase IIa. An analog of the antifungal clioquinol, PBT2 acts as a chaperone for zinc and copper, blocking oxidative neurodegeneration and preventing toxic amyloid accumulation. (The next discovery required of both Bush and Wischik is a deep-pockets partner to launch large-scale trials.)

With some 600 other compounds in the AD pipeline, Khachaturian's fears of a mass exodus by pharma may be exaggerated. Still, the AD veteran is preparing a contingency plan. "We have to adopt strategic partnership models where risk, cost, and revenues are shared among industry, academia, and government," he says. His "Campaign to Prevent Alzheimer's Disease by 2020" is organizing think tanks to explore options, including virtual research to bridge the drug discovery/development gap, collaborative projects, and sharing of novel ideas. "But intellectual property issues that restrict progress need reform," he says. That's one paradigm shift, however, that may make pharma take flight. 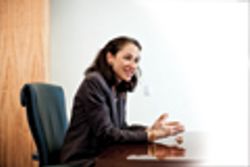 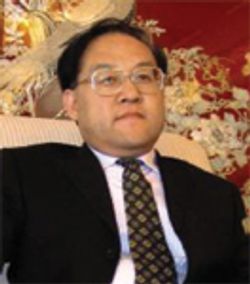 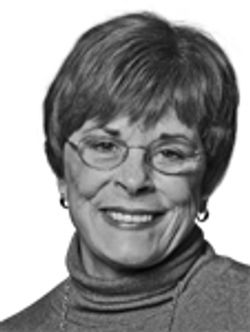