Heading the WHO list are pandemic influenza and antibiotic-resistant bacterial infections. Together the two could kill millions.

The market-driven system, which relies on patents and protected pricing to finance medical innovation, leaves treatment gaps in Europe and the developing world. So says a report commissioned by the Dutch government on behalf of the World Health Organization. The report, "Priority Medicines for Europe and the World," identifies 17 conditions for which treatment is inadequate or nonexistent, and it maps out strategies for filling the gaps, using government-funded research, public-private partnerships, and adjustments to the incentives offered to industry. (The full report is available online at mednet3.who.int.prioritymeds/.)

Heading the list are antibiotic-resistant bacterial infections and pandemic influenza—which WHO believes have the potential to kill millions around the world. The authors identify conditions for which better formulations are needed (diabetes, for example, and depression in the elderly and adolescents) and two for which biomarkers are absent (Alzheimer's disease and osteoarthritis). It calls for more basic and applied research on treatments for cancer and acute stroke, and lists several areas that disproportionately affect the developing world and receive insufficient research because they are unlikely to generate large profits. These include malaria, tuberculosis, and sleeping sickness, as well as a vaccine for HIV. Finally, the report identifies diseases for which prevention is particularly effective, such as chronic obstructive pulmonary disease (COPD) and diseases caused by alcohol abuse.

Because of Europe's history of social service provision, the report argues that the European Union should play a global leadership role in public health. It notes that poor people in developing countries are increasingly being affected by chronic illnesses that are widespread in Europe, such as cardiovascular diseases, diabetes, and depression.

Shortening the drug development process could go a long way toward promoting pharma innovation, the report says, as long as this can be achieved without compromising patient safety. One suggestion is that the European Union could create and support a broad research agenda, with the European Agency for the Evaluation of Medicinal Products and the national authorities—alongside scientists, industry, and patients—reviewing regulatory requirements for their relevance, cost, and predictive value.

It also says that another research agenda could look at how clinical performance of medicines is rewarded, and how prices can be linked to national income levels. "The uncertainty over therapeutic value and the different methods used by different national systems to value innovation and reimbursement creates a complex environment for companies to bring their product to the market," the report says.

It proposes a model for valuing innovation that uses pharmacoeconomic methods to combine measures of efficacy with gross national income per capita to set prices for new medicines. Essentially, this means that the richer European countries such as the United Kingdom, France, and Germany must pay more than they do now for medicines, which raises financial issues for their governments and national health systems.

Although much of the report garners the support of industry, the last part is much less popular. The European Federation of Pharmaceutical Industries and Associations welcomes the idea of greater predictability in reimbursement—but does not believe that the single, mechanistic price system outlined in the report is the best way to approach the issue. Industry would rather price new medicines according to their benefits than on the basis of what countries can afford.

The industry in Europe has long complained that new medicines invariably get launched first in the United States, where price controls are absent, claiming that the trend is pushing research to the US and threatening the future of R&D in Europe. But the report is largely against free-market solutions, claiming that novel vaccines and antibacterial drugs are rarely developed because they are just as expensive to bring to market as more profitable products, but don't recoup money for the company once they are launched.

"Pharmaceutical innovation is good for Europe's health," says GlaxoSmithKline Europe President Andrew Witty. "Modern medicines benefit society by helping people live longer, healthier, and more productive lives. But as governments in Europe face expanding healthcare costs, they are increasingly opting for short-term policies instead of focusing on the long-term value of healthcare investment. We need to move from a procurement to an investment mindset."

Sarah Houlton, PhD, is Pharmaceutical Executive's global correspondent. She can be reached at sarah@owlmedia.co.uk. 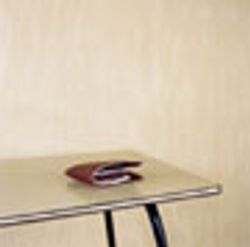