Professors ingrain the mantra "science for science's sake" into their pupils' minds during years of doctorate and postdoctoral training. Consequently, when entering into career paths, students gravitated toward academia, which fosters the perception of itself as accepting of free thinkers.

Professors ingrain the mantra "science for science's sake" into their pupils' minds during years of doctorate and postdoctoral training. Consequently, when entering into career paths, students gravitated toward academia, which fosters the perception of itself as accepting of free thinkers. Freethinking is a necessary prerequisite for implementing the three principles of scientific thought: empiricism, rationalism, and skepticism, and may just be what the doctor ordered to boost pharma's lackluster pipelines.

However, times have changed and non-academic careers are no longer stigmatized. This shift in the collective mindset is due in part to the scarcity of public and private funding opportunities and the paucity of academic position openings. To continue along a research pathway, young scientists must consider alternatives to securing tenure-track appointments, considered the créme de la créme of academe. That presents pharma with an opportunity to employ more innovative scientists who traditionally have not considered employment in the industry. But to recruit and retain those scientists, pharma must make its positions both viable and desirable.

The idea that complete self-determination pervades academia is a myth. Whether employed by academic institutions or pharma companies, the vast majority of scientists are subject to external constraints. In academia, scientists must tailor their grant proposals to projects that embody the funding agency's objectives. They are also subject to accountability in the form of grant applications, promotions, and tenure. "Given the competition for faculty positions and the necessity of producing fundable research to stay in academia, I didn't feel like I was giving up all that much in determining my future by joining industry over academia," claims Raymond Price, PhD, staff scientist, Fujisawa Pharmaceutical, Japan.

Departmental chairpersons, journal editors, and program officers all exert pressures on scientific staff in academia. However, that influence is typically tolerated or even welcomed because scientists view it as helpful in steering them toward their personal goals. After all, those individuals with authority are part of the fellowship-they were trained as scientists and currently are conducting or once did conduct research.

On the contrary, pharma managers, who decide which research projects move forward, can't base decisions on projects' scientific merit alone. Instead, corporate concerns must take precedence, and product managers must investigate the profit-making potential of each line of investigation. "Somehow it [this degree of influence] bothers us when such control comes from non-technical or non-scientific people," hypothesizes Eduardo Abreu, MD, postdoctoral fellow, the Cleveland Clinic. That lack of appreciation for one's initiatives-which scientists perceive as shortsightedness-is one of the most exasperating experiences pharma scientists complain about in their jobs.

To counter that pernicious eroding of morale, it is in companies' long-term interests to nurture an entrepreneurial spirit in their researchers. "I think that most companies recognize that to move forward and maintain viability-by producing better drugs by better means-it must allow at least some of scientists' unhindered thinking into the realms of practicability," advises Kevin Charman, MS, staff scientist, Cubist Pharmaceuticals, United Kingdom. Companies should allow researchers to engage in side projects to explore other approaches to problems, pursue new research ideas and generate supporting data. Those side projects-requiring a fraction of the resources devoted to the lab's mainstream focus-can keep scientists happy and potentially benefit companies' bottom line.

"Group Think" Versus "Me Think"

Another major difference between the two sectors is that industry jobs are more team-orientated and more focused on communally held goals than are careers in academia. "The payoff for the adjustments an individual scientist must make when joining a pharmaceutical company is the opportunity to be part of a highly motivated team of talented individuals, who are directed towards a common goal of successfully commercializing a novel technique, pharmaceutical, parenteral, or device," remarks Joseph Evans, PhD, CEO, Leptogen, United States. "The successful achievement of that goal creates additional value and opportunities for the company, and affords individual scientists the financial environment to pursue future research and development projects."

That is not to say that a sense of collegiality does not exist in academic institutions-for that is one of the hallmarks of university culture-but it often reflects a bond of professionalism rather than a commitment to collectively accomplish a specific research objective. Committee work, for instance, is a primary example of academic solidarity, despite being notoriously unharmonious at times.

Notwithstanding the collectivism that permeates the pharma industry, there is still opportunity to exercise autonomy. "One can pursue science and use one's creativity and imagination to create [saleable] products for the company," states Li Liu, PhD, a principal investigator for Bayer. "In my opinion, free thinking is necessary and encouraged in an industrial setting. It is more accountable and focused [than academia] with profit being the eventual goal," adds Esmail Samiwala, PhD, principal investigator for Merind Limited, India.

Within certain parameters, both academics and industrial scientists have the freedom to pursue research questions of interest to them. The real divide between the two worlds occurs after those results are obtained. The desire for promotions and recognition motivates academic scientists to publish or present while the industrial culture of protecting intellectual property deters scientists from publishing or presenting their results.

"What happens if your company merges and you lose your job?" asks Hinrich Goehlmann, PhD, staff scientist for Johnson & Johnson in Belgium. "How can you prove your scientific achievements if you may not even talk about them? That is definitely a big concern because I am new to the pharmaceutical industry and am still in the process of building my network."

Networks are more visible in academia because the people that scientists build relationships with are the same individuals who will be reviewing their research. Scientists regularly review their peers' manuscripts and grant applications and provide comment. In contrast, pharma industry scientists often don't have access to an extensive feedback system because intellectual property concerns discourage publishing, and the corporate structure obviates the need for grants.

Nonetheless, pharma scientists can also take advantage of networking-even if it is just inside their company-by exchanging ideas with their peers. Those scientists will gain valuable insights from discussing their work within the company, division or group, but that circle of peers is limited compared to the potential worldwide pool of academicians.

Networking naturally helps young scientists stay current with the latest developments in a field, and helps them identify future employment leads. Although that can enhance scientists' reputations, researchers actually establish their credentials and expertise by documenting their accomplishments through publications. Academic scientists begin accumulating a body of work early in their careers in an effort to achieve promotions and funding.

According to previous research conducted by the Science Advisory Board, academics are first and foremost motivated to publish their findings in order to communicate knowledge. When denied the ability to fulfill those lofty ambitions, pharma researchers can feel thwarted by their inability to contribute to the scientific record.

Allowing a delayed publication schedule, permitting inventor status on patent awards, and bestowing internal company recognition can help alleviate that sense of lost liberty. By fostering an environment that recognizes and rewards innovation and creativity, companies can help raise scientists' potential for job satisfaction beyond the academic realm.

Freethinking is possible in the pharma industry, but its permissible means of expression varies from company to company. Although industry careers are different from academic experiences, pharma companies should institute changes that make industry a more satisfying career option for innovative scientists by replicating a treasured tradition of academia: the free exchange of ideas. Although understandably subject to proprietary restraints, companies should promote the ability to freely discuss and/or publish individual work to the full extent possible. 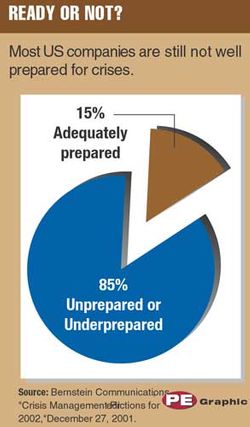 Toward the See-Through Corporation