The Senate confirmed Scott Gottlieb last month as FDA commissioner, encouraged by the nominee’s medical credentials and his familiarity with agency policies and programs. An earlier stint as FDA deputy commissioner, personal experience as a cancer patient, and the threat of questionable alternative White House job candidates helped soften the opposition from those concerned about Gottlieb’s close ties to industry and potential conflicts of interest.

His first months on the job may be less stressful due to recent Congressional approval of a budget increase for the agency through September. In addition, the legislators are moving to enact a relatively “clean” bill to reauthorize FDA user fee programs for drugs, medical devices, generic drugs and biosimilars before August.

At the same time, FDA continues to face challenges in recruiting the scientists and experts it needs to efficiently evaluate ever-more-complex medical products. And the administration’s order for federal agencies to drastically cut regulations raises the prospect of major changes in FDA standards and rules. Funding is uncertain for next year, and a revamped national healthcare system and Medicare budget cuts could reduce coverage and squeeze the broader market for pharmaceuticals and medical products.

Meanwhile, Gottlieb faces a host of policy decisions and administrative issues. During the confirmation process, he backed policies to bring more innovative generic drugs and biosimilars to market and to loosen restrictions on marketer communication of off-label drug information. He earned points by discounting claims of a link between vaccines and autism, signaling some independence from the Trump administration. He also supported greater FDA transparency, possibly through public release of “complete response” letters on nonapproval of  drug applications, something long opposed by industry.

Looking at FDA’s broader responsibilities, Gottlieb will have to keep a watch on FDA’s Program Alignment initiative, which is bringing major changes to the agency’s field inspection force after several years of planning. In non-drug areas, FDA faces strong industry opposition to its rules governing food processing and to regulation of cigars and e-cigarettes. The agency is embroiled in a battle over the governance of laboratory-developed tests, and medical device manufacturers seek faster approval of more innovative products.

It’s common for a new commissioner to focus initially on one or two priorities among FDA’s vast portfolio of programs affecting public health and medical care, and at the top of the list is stemming the nation’s opioid epidemic. Gottlieb cited opioid drug abuse as a “public health emergency on the order of Ebola or Zika” at his confirmation hearing in April; the challenge now is for FDA to ensure access to effective treatment for patients living with pain, while combating public abuse and misuse of these medicines.

FDA has encouraged development of more abuse-resistant formulations, as well as treatments to prevent death from overdose. But such innovative products can be costly, often driving addicts to cheaper, more dangerous medicines. Clinicians and health officials would like to see more effective non-opioid pain treatments and are looking hard at pharma marketing and distribution systems for these products.

On the drug safety front, FDA once again may become embroiled in the battle over secure supply chains and drug counterfeiting, which play a role in the debate to loosen the reins on drug imports to help control outlays for prescription drugs. There’s a renewed clamor on Capitol Hill to permit the import of cheaper drugs from Canada and other countries, particularly where shortages and limited competition in the US drive up prices (see sidebar; click to enlarge).

The new commissioner comes to FDA as it begins the considerable task of implementing multiple policy changes authorized by the 21st Century Cures legislation. The day Gottlieb was confirmed, the FDA Science Board approved a detailed work plan for allotting the $500 million (over nine years) provided by Cures to carry out numerous programs intended to advance new therapies and ensure patient access to treatment. FDA faces tight deadlines for issuing new guidances, reports and regulations and for holding public meetings with stakeholders to devise and revise key programs for product development.

Some of the Cures initiatives are familiar, such as qualifying more biomarkers and other drug development tools, expanding the role of patients in vetting the risks of new therapies, and better coordinating the work of FDA Centers, particularly for combination products. A new program involves establishing a framework for approving regenerative therapies, which gained a new designation and review process under Cures.

The legislation also supports more “modern” clinical trial design and greater use of real-world evidence to approve new indications and support postmarketing studies. Critics argued that faster approvals based on modified studies would undermine the FDA gold standard for assuring medical product safety and efficacy. Gottlieb agrees on the importance of maintaining high FDA approval standards, but applauds innovation that permits faster studies as likely to advance medicine and science without compromising safety.

Agency officials anticipate that Gottlieb’s prior experience at FDA and his interest in patients and public health will ease the transition. FDA’s job of processing reams of data and making hundreds of decisions every day continues despite changes at the top, observed Janet Woodcock, director of the Center for Drug Evaluation and Research (CDER), at a recent conference. “The work goes on,” she said, noting that FDA’s

FDA plays an important role in developing new vaccines and therapies to combat deadly infectious diseases, a job that requires new research capacity and regulatory flexibility, he noted, adding that an abundance of scientific opportunities related to FDA programs can yield a healthier future for all.

Jill Wechsler is Pharmaceutical Executive’s Washington Correspondent. She can be reached at jllwechsler7@gmail.com 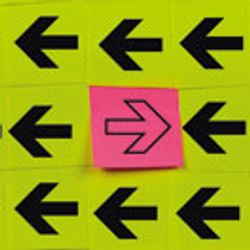 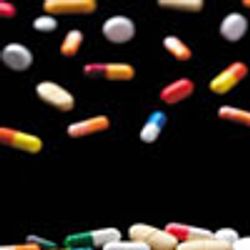 Navigating Through Disruption: A Pharma 50 View 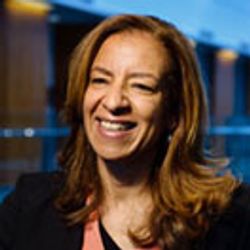 Tips for Success from a Big Pharma Leader