Pediatric drugs require investments in formulation, but the market opportunity is worth the cost.

More pediatric drug studies have been completed in the past five years than in the previous 30. Sales of children's medicines are growing even faster than Rx sales for the elderly and are expected to reach $23.1 billion by 2006. And, on average, pediatric patients spend $2.12 a day compared with seniors' average of $1.29. Tailoring products to this young demographic is a marketing strategy that pharmaceutical companies can't afford to ignore. It can enhance the product's therapeutic effectiveness, improve brand awareness and loyalty from prescribers and consumers, and increase revenue for a therapeutic franchise.

Government agencies are behind much of the push—encouraging development of pediatric formulations with both the carrot of extended patent exclusivity and targeted R&D dollars and the stick, in some cases requiring pediatric studies before approval. (See "Pediatric Push.") Pediatric formulations of approved products offer multiple advantages:

But unlike products for other demographic segments, pediatric drugs require additional investment in formulation, clinical research, and manufacturing start-up. The market opportunity justifies the cost and effort, but the link between strategy and implementation for pediatric products must be especially tight.

Until recently, most drugs were not subjected to clinical testing in pediatric patients, meaning that pediatric use of most medications is off label. "Eighty percent of the drugs used in pediatrics still don't have a label with pediatric information," says Cameron Durrant, president of PediaMed Pharmaceuticals.

Because pharma companies conducted few pediatric clinical tests, children sometimes were given medications later found to be harmful. The most notorious example was the antibiotic chloramphenicol, which led to "gray baby syndrome" and the death of 23 infants because they could not metabolize the drug. On the other hand, some drugs that eventually proved effective for pediatric patients, such as potent AIDS medicines, went unused for years.

But How Does It Taste?

When specific formulations and/or label instructions are not available for pediatric patients, physicians have to rely on their own clinical judgment to determine how to administer a drug that was intended for, and only tested on, adults. This approach is fraught with risks: Too much of a drug can be toxic, too little can mean ineffective treatment.

Dosing for children is more complicated than simply adjusting for the body weight or surface area of a smaller person. Accurate and effective dosages for children depend greatly on metabolism, absorption rates, rates of elimination from the body, and a host of other factors that distinguish young persons from adults. And these factors differ markedly within age classes of young people: adolescents (12â16 years), children (2â12 years), infants (1 month to 2 years) and neonates (0â1 months).

Aside from pharmacologic issues, physicians prescribing adult medications to children seldom consider the practical issues of dosing compliance. Taste, texture, and ease of administration are among the important factors in ensuring that kids will be able to comply with dosing regimes. The reluctance or inability of children and infants to swallow pills is a special challenge. Older children are notoriously adverse to swallowing bitter-tasting tablets.

Many therapies also require frequent dosing that can interrupt normal school day and afterschool activities. Social reasons make it undesirable in many instances for students to leave class and visit the school nurse three or four times a day because of dosing requirements. This constant interruption would be eliminated with a pediatric dosage form allowing administration during the time at home.

A 2003 survey of pediatricians by the American Association of Pediatrics found the biggest barriers to completing treatment included the frequency and duration of the dosing schedule (96 percent), the unpleasant taste (91 percent), and the palatability of the drug (87 percent).

Traditional child-friendly approaches to the problem have not always provided a satisfactory solution, especially because they make accurate dosing problematic. Tablets may have to be broken into pieces to get the child to take them, resulting in a loss of the drug—with no assurance that the child will consume all of the pieces. Spillage (or spit-out) can be a problem with orally delivered liquids, one of the most common pediatric formulations. Dosing implements such as droppers or medical spoons can aid in precise dose delivery, but for some drugs, liquids raise challenges relating to long-term stability.

To overcome the challenges of treating children, pharma companies must formulate products that achieve and balance several key objectives:

Appropriate dosing. The formulation and administration method must ensure that children get the right amount of drug each time they are dosed and that they can comply with the daily dose regime. If these objectives are not met, patients may not get the full therapeutic effect.

Ease of administration. This is critical for compliance with the dosing regime. Dosing frequency is a major concern: If dosing is too frequent or at an inconvenient time (in the middle of the school day), doses will be missed. Practical consideration must be given to both the parent (who is often giving the drug) and the child (who must swallow it).

Safety. There are many considerations here: ensuring that children do not receive a toxic dose, preventing them from choking on the medication, and prohibiting kids from taking the product when they are not supposed to. These are matters of formulation, packaging, and labeling. (See "Packaging for Safety.")

Cost. Even with the benefits of novel drug delivery technologies, the price of such products cannot be out of line with the adult version or with pediatric competitors. Manufacturing and packaging costs need to be consistent with a retail price point that can deliver the target unit volume.

Novel oral delivery technologies offer pharma companies a range of options for producing products that meet those objectives and appeal to children, their parents, and prescribers. Such technologies include taste masking, chewable tablets, and controlled-release formulations.

Taste masking. This has evolved as an important formulation technology because children have a pronounced aversion to bitter-tasting medicine. Flavors, sweeteners, and coatings are standard approaches to masking otherwise unpalatable tastes. Excipient suppliers offer ion-exchange resins that, by absorbing the drug, make it mostly tasteless while in the mouth. Another approach is to reduce the rate at which a drug dissolves in the mouth. That can be accomplished by modifying the pH of the active ingredient to render it less soluble or by containing the active ingredient in tiny, microencapsulated spheres.

Soft chewable tablets or capsules. These are an increasingly popular option as a child can break the tablet or capsule into discrete pieces by chewing and can swallow the pieces with less chance of gagging or choking. As might be expected, chewables usually incorporate taste masking and other formulation characteristics that give the product a pleasing texture.

Controlled-release formulations. These can offer multiple benefits, depending on which technologies are used. Sustained-release technologies make small amounts of the drug substance continuously available over an extended period of time, typically by incorporating the active ingredient in a polymer matrix or applying a special coating. Sustained-release products can reduce dosing frequency to once or twice a day, offering a regimen that is easy to comply with.

Fast-dissolving formulations. These produce tablets that disintegrate in the mouth in just a few seconds with small amounts of saliva. The resulting small particles are very easy to swallow. In fact, for some drugs, the need to swallow is eliminated by pre-gastric absorption, which has the added benefits of quicker absorption and increased bioavailability. Fast-dissolving formulations often incorporate taste-masking features.

There are many examples of drugs on the market that incorporate these technologies. One is the antihistamine/nasal decongestant Viravan (pyrilamine), a grape-flavored chewable tablet from PediaMed Pharmaceuticals, a specialty company whose products feature "Kidpliance" technologies that offer child-friendly drug delivery.

Another example is Schering-Plough's Claritin (loratadine) Reditabs, a formulation of its antihistamine that incorporates Cardinal Health's Zydis fast-dissolving technology. Claritin Reditabs, which were originally introduced in 1997, reached sales of $300 million by 2001, and estimates say that nearly 75 percent of those sales were for pediatric use. For more recently approved pediatric formulations, see "New Labels."

In adopting these new formulation technologies, pharma companies face a set of considerations that must be balanced against their strategic and marketing objectives:

Additional costs. The new delivery technologies will require more complex processing steps, more expensive excipients, and in some cases royalties and licensing fees, all of which can drive up the cost of manufacture. Those expenditures must be balanced against the benefits of higher revenues from better pricing and improved market share.

Proprietary vs. nonproprietary. A proprietary technology provides better product differentiation and a more defensible market position. However, it will probably raise costs and may require partnering with a technology provider. Nonproprietary technologies are less costly but provide fewer competitive advantages. The decision about which technology to use may depend in large part on the degree of patent protection the active drug substance still has. For instance, a pediatric version of acetaminophen will be more defensible if formulated using a proprietary delivery technology, but the cost of the technology must not drive the price of the product beyond other over-the-counter versions.

Commercial feasibility. Projected sales must be large enough to support development and manufacturing costs. If projected volumes are too low, the manufacturing costs may be too high to justify rolling out the new dosage form. This dictates focusing a pediatric strategy either on products with large markets or on smaller markets in which surveys indicate the reformulated product can command a substantial market share.

Although new pediatric products have been introduced for diabetes, AIDS, asthma, and many other diseases, many opportunities remain. But it's important to remember that implementing a pediatric strategy requires the integration of skills in drug development, packaging, and marketing. Success in this market is a true test of companies' efforts to become market driven. To that end, companies must do the following:

Treat children as a distinct population. Children are not small adults: They have different dose response ranges and different preferences regarding dosage form, taste, and other product characteristics. The therapeutic dose and toxic dose can be very close, and within the pediatric population, the appropriate dose for a 3-year-old will be very different from what is appropriate for a 15-year-old.

Differentiate products for age groups. Teenagers can safely take tablets and capsules, but these conventional solid-dose forms will usually be inappropriate and/or less effective for younger children. Also, different dosage forms may have different concentrations of the drug substance, which can lead to overdosing and underdosing if a formulation meant for one age group is given to another. Appropriate labeling and packaging that distinguishes products is critical. And using different formulations or delivery technologies for different age groups distinguishes them further.

Collect safety data early. In the absence of alternatives, physicians will use adult formulations to treat pediatric patients. Safety data on pediatric patients, even when a pediatric formulation is not available, can provide physicians with guidance on how to use the drug appropriately for children. Conducting the necessary bridging studies in early development stages is inexpensive compared to having to run the studies after approval.

Consider taste masking and excipient choices early. Taste masking should be incorporated into excipient testing during preformulation studies. Technologies like the "electronic tongue" can be used to match desirable taste characteristics. Child sensitivity to different excipients can be identified through literature searches. Drug stability can be a major issue: Drugs not stable in water don't lend themselves to being formulated as solutions, as suspensions, or in gelatin dosage forms.

In terms of size, need, and public policy focus, the opportunity for pediatric formulations is substantial. By meeting the needs of an underserved population, pediatric drugs offer pharma companies an opportunity to do well while doing good. 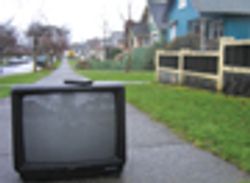 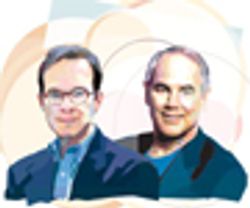 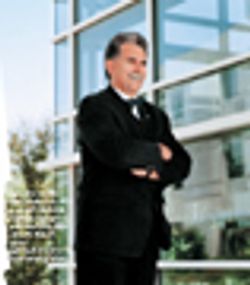 The Lifecycle of Cipro