Despite its success as a proponent of reform, the drug industry, whose main offering is a product easily siloed against other health services, remains vulnerable.

An overarching theme of this month's issue is keeping pace with a disruptive business climate. By embracing the concept of "lean" in manufacturing, or finding new ways to engage payers with better evidence, pharma is building the capability to internalize the business practices required for long term profitability.

But as noted in our cover feature on the latest anemic cycle of M&A activity, that certainty ends at the boardroom door. Government policy toward the industry has spurred pessimism over future growth—and surprisingly it is the US where the uncertainty is most acute. The big imponderable is what the Obama Administration refers to as "health reform," but in fact amounts to an industrial policy for restructuring one-sixth of the $15 trillion US economy.

Management is coping with an information drought on the most durable elements and definitive impact of health reform. The million—excuse us, billion—dollar question is: How will health reform shape the way drug companies do business? Here are a few simple guideposts for evaluating what's coming.

Universal coverage will lead to more government control A mandate to insure all means that healthcare becomes a full-blown obligation rather than simply a business service— and as guardian of the public interest, government must step up to the plate. The experiences of other countries reveal what comes next, the most important of which is adoption of fixed annual budgets for health spending (the US remains the outlier here) and more emphasis on cost containment.

The true cost of reform will be higher than projected It's simple economics: increasing the demand for healthcare (by extending access to the uninsured) without increasing the supply (absent incentives to build more health facilities or add to physician ranks) will further inflate the cost of healthcare. The only question is which stakeholders—employers, industry, government, patients or providers—will end up paying the bill. Despite its success as a proponent of reform, the drug industry, whose main offering is a product easily siloed against other health services, remains vulnerable. Again, experience abroad shows just how often the industry becomes "lender of first resort."

Reform will have different impacts on different business segments Expanding access could yield more sales for primary care medicines linked to preventable chronic conditions, while high-cost specialty medicines targeted to smaller groups of patients suffer due to increased patient copays as well as cutbacks on the diagnostic procedures that are critical adjuncts to the physician decision to prescribe. It's worth speculating if PhRMA strategies on reform are sensitive to the industry's increasingly complex product profile: one policy no longer fits all.

Faith in a "disinterested expert" approach to policy could be dangerous It is tempting to believe that putting healthcare above politics through the creation of a Medicare Commission to decide on coverage and value will be good for industry. But the opposite is often true. Outside the US, decisions are made by elites insulated from the political pressures that allow companies to harness potent forces like "patient power" in obtaining market access.

Stalemate on health reform will produce much the same outcomes Irrespective of whether comprehensive reform passes, pressures on the sector are structural. The only difference is that an impasse will heighten a "beggar thy neighbor" dynamic and raise expectations for piecemeal reform experiments at the state level.

Whatever the result, the stakes are high. The US will still set the pace for profits: at $320 billion in sales, it is far and away the world's largest single market for medicines—twice the size of both the "pharmerging" bloc and the big five of Europe. Our legislators in Washington have an enormous responsibility on their hands: no less than the welfare of a new global generation of patients. 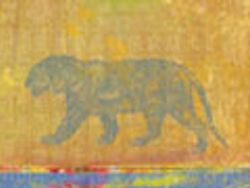 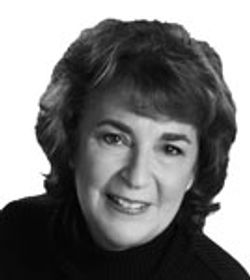