Just What the Doctor Ordered

Pharma should comply with PDRP. If the program fails, a likely result is state legislation that proves even more restrictive.

For years, the American Medical Association (AMA) has had a thorn in its side: doctors who are concerned about pharmaceutical sales reps with unrestricted access to their personal prescribing data. It's long been a problem, but finding a solution has been complicated by the fact that many in the healthcare industry, including pharma companies, make appropriate use of physician-level prescribing data—in ways that benefit AMA's very members.

Over the years, the AMA House of Delegates has passed resolutions, and calls for government legislation have been sounded. For example, the California Assembly Bill 262 (AB 262) was designed to regulate the use of physician data for marketing purposes and to protect doctors' privacy by regulating the activities of pharmacists and data vendors. In November 2004, AB 262 was defeated by a very narrow margin.

The latest AMA effort—the Prescribing Data Restriction Program (PDRP), a self-regulatory alternative to state regulation—is said to be its strongest yet. With less than two months left before PDRP goes into effect, the new program looms as one of the most significant business and compliance challenges for pharma since the introduction of the Prescription Drug Marketing Act (PDMA). Already, California has decided against reintroducing AB 262 in favor of the PDRP solution. Pharmaceutical manufacturers need to make the PDRP work, since the alternative, government legislation, is not in anyone's best interest. Without PDRP, long-term access to physician-level data within the healthcare system is called into question.

Since pharma companies use physician-level prescribing data to determine everything from directing promotional activity to measuring results and calculating compensation, the impact of PDRP will be widespread. Most of the program's rules were finalized in August 2005, although it should be expected that changes might occur from time to time. In March 2006, for instance, access to product quantiles (e.g., quintiles and deciles), which position a physician's prescribing volume in a particular fifth or tenth of a rep's territory, were removed from the program rules.

Not everyone in the industry is up to speed on PDRP. For those who currently are working on compliance, for instance, a common strategy is to completely eliminate all individual prescription data from the hands of the first-line manager and sales rep. But upon reviewing PDRP, it can be seen that this is not the only approach that can be adopted to achieve compliance. In fact, it will unnecessarily put an organization at a competitive disadvantage.

To address responsible and ethical use of individual prescription data by the pharmaceutical industry, the AMA created the Best Practices Guidelines for the Use of Physician-Specific Prescribing Data in 2001. Despite these guidelines, physicians continued to voice concerns over the release of prescribing data, citing their own privacy concerns and condemning some pharmaceutical sales representatives' behavior. To develop the PDRP rules, the AMA conducted physician surveys and met with the industry (AMA database licensees and pharmaceutical manufacturers) to convey physician concern and understand the program's potential ramifications.

Now the AMA is working to allow physicians to enroll in PDRP. Companies who license AMA data will see indicators that identify physician participation and show whose data cannot be included. These indicators must be observed when processing physician data in accordance with the PDRP data disclosure rules.

Achieving PDRP compliance requires a complete understanding of the program rules. Applying the complex HIPAA-style data-privacy rules that describe how to restrict the use of physician prescribing data is the real challenge behind the program. Here are some key facts about the new program:

When physicians enroll in PDRP, the program limits first-line managers or sales reps from viewing their prescription data to the following:

Paramount to complying with PDRP's disclosure rules: Reverse engineering of blocked data is strictly prohibited. For instance, if a first-line manager or sales representative cross-indexed an incentive compensation report with a physician target report (unless they are both PDRP compliant), it might be possible to determine an individual physician's actual prescribing volume or infer an increase or decrease. Or they might use a territory performance report with a physician target list.

As these examples illustrate, the reverse engineering requirement is difficult to implement without the use of advanced technology.

PDRP requires companies to censor prescription data, as previously described, to observe the physician's desire to have his prescribing data restricted. But it does not require the removal of all physician prescribing data from systems used by first-line managers or sales reps.

Achieving full compliance while using the maximum level of individual prescriber data permitted by PDRP may pose a greater technology challenge than most organizations will have determined.

The use of physician prescribing data has become so ingrained within sales and marketing that the impact of PDRP compliance will be widespread. Computer systems, business strategies, standard operating procedures, and policies are all affected.

A compliance strategy that doesn't consider all of these elements is incomplete and may expose a company to potential compliance violations.

Pharmaceutical companies should support the AMA and comply with PDRP. If the program fails, the likely result is state legislation that almost certainly will prove more restrictive than PDRP. Clearly, no one wants this outcome. Beyond California, New Hampshire, West Virginia, Arizona, and Hawaii also have recently proposed legislation. At press time, the New Hampshire bill already had passed the House and was pending in the Senate. For now, the other state legislatures are standing down to give PDRP a chance.

The AMA has stated that it will investigate all violations aggressively. If an organization is found in breach of PDRP, the ultimate penalty is AMA license revocation, which may lead to the loss of access to all physician prescription data.

Anyone who wonders what it would be like to operate without physician prescription data might reflect on how business was done in 1989, before physician-level prescribing data was available. Today it would be worse. These days, the prescription influence chain has become much more difficult to understand without access to this type of information.

Playing By the Rules

With the physician sign-up already underway, and the program going into effect on July 1, pharmaceutical companies must be prepared to fully embrace PDRP by quickly establishing and implementing a compliance strategy. PDRP offers the healthcare industry an excellent alternative to government legislation regarding the use of physician prescribing data.

Companies should expect to pay a premium for solutions that are designed optimally for PDRP compliance. To rationalize the cost, the pharmaceutical industry should measure it against the potential revenue losses caused by non-compliance. 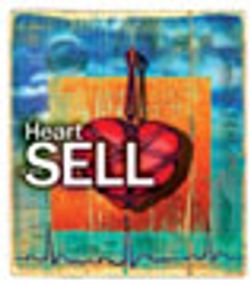 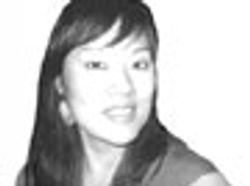