Survey on the rising use of Inter Partes Reviews to challenge patents reveals key considerations for originator companies.

A survey on the rising use of Inter Partes Reviews to challenge patents reveals key considerations for originator companies.

The growing popularity of Inter Partes Reviews (IPRs)-which offer third-party petitioners the opportunity to challenge the validity of a patent after it has been granted-is no secret to the pharmaceutical industry. For generic firms, IPRs are a cost-effective way to clear out FDA Orange Book-listed patents before or during litigation; for originator companies, IPRs pose a threat to valuable patent portfolios.   Data is just beginning to become available from completed IPRs initiated by generic petitioners that may provide guidance for pharma innovators deciding whether to fight or settle and for generic petitioners deciding whether IPR is a better forum to pursue their portfolio objectives. Specifically, originator companies should consider that, while the institution rate of IPRs has been high, new rules allowing testimonial evidence at the preliminary response stage may help decrease the risk of a patent invalidation.

By way of background, the IPR process occurs in two steps. First, the federal Patent Trial and Appeal Board (PTAB) decides whether an IPR petition has sufficient merit to proceed-a process known as the institution decision. Second, if the PTAB decides to institute the IPR, it will hear arguments from the patent owner and the patent challenger and then issue a final written decision that either upholds or denies the validity of the patent.     In March, the US Patent and Trademark Office (PTO) released new rules for IPRs under the America Invents Act enacted by Congress in 2011. The rules allow a patent owner to present testimonial evidence to the PTAB at the preliminary response stage of an IPR proceeding. This marks a revision of the previous standard, which barred the admission of new testimony and/or evidence by the owner at the pre-institution phase. In essence, it allows some patent owners to prevent institution proceedings in situations where under the old rules they would not have been able to do so.

In a survey of a sub-group of 111 IPRs filed by generic drug companies against pharmaceutical patents, we found an institution rate of 67%, which is not significantly different from the general rate of institution across all technologies. The data on institution rate presented in this article pre-dates implementation of

The high rate of settlement compared to other technologies indicates that generic firms may be using IPR as leverage to initiate settlement discussions. A significant number of cases were settled after the filing of a preliminary response by the patent owner but before an institution decision. It serves as another tool for generic firms to put more pressure on originators before or during litigation.
While a settlement can eliminate the uncertainty of parties having to face a PTAB decision, it may lead to follow-on petitions being led by other abbreviated new drug application (ANDA) filers seeking to obtain the same terms of settlement. The risk of follow-on petitions, together with the new rules permitting use of newly created testimonial evidence at the preliminary response stage (which could reduce the likelihood of institution) should be carefully considered by originators when making decisions regarding potentially pursuing a pre-institution settlement.

Several IPRs involved joinder attempts by generic petitioners seeking to follow onto earlier led IPRs. A joinder is when a party petitions to be added as a challenger to an IPR proceeding initiated by a different patent challenger. If a party has an interest in the invalidation of the patent at issue, it would join the IPR proceeding to try to ensure dismissal of the patent. It may also raise the prospects of a dismissal since the initial patent challenger may opt for a

settlement before the PTAB issues a nal decision to invalidate the patent; alternatively, it may increase the likelihood that the patent owner will settle with it as well. â¨ Indeed, the repeated use of joinders by generic firms reinforces that they are using IPRs as a tool to gain access to settlement whether or not they were the rst lers of IPRs themselves. It means that originators should be cautious about settlements due to the risk of such follow-on petitions.

Overall, a high percentage (52%) of the IPRs are still before the PTAB. Thirty have been “instituted but with no nal written decision, while 22 are “pending an institution decision.” With more than half of the generic IPRs lacking decisions, we can see that more generic  rms have used IPRs in the last year than previously. Additionally, the high settlement rate means both generic firms and originators generally prefer a settlement to a PTAB decision. This could be for several reasons: (1) generic firms may want the patent to remain in place to deter other competition once they have license to use the patent; (2) originators may fear a patent-ending final written decision; or (3) generic rms may have only led the IPR to coerce the originator into negotiating.    While originator rms should use settlement to avoid final PTAB decisions, the originator rms should also track the effect of the new rules that allow testimonial evidence at the preliminary response stage. If these rules decrease the institution rate, originator firms should consider waiting to settle until after institution decisions.    Because many of these IPRs involve parallel Hatch-Waxman litigation and multiple, serial ANDA lers, it is likely that the trend of joinder requests in pharmaceutical IPRs will continue. If one of the early ANDA lers pursues IPR, and another ANDA ler is already in litigation with the patent owner and facing a one-year bar on ling IPR, the later ANDA ler(s) may nd that a good option is to seek joinder with the earlier IPR. This strategy

might enable them to participate in any settlement discussions that take place as to the IPR and thus avoid being shut out from such settlement discussions.    These findings are not very reassuring for innovators. It now appears to be more dif cult to settle an IPR claim without follow-on risks than it is to settle a Hatch-Waxman litigation because our data shows that in some cases a second generic company will simply file a near-copy of the earlier generic company’s IPR petition who settled out. Once an IPR petition is led it is public and cannot be sealed, leaving the arguments in the public record to others who may wish to pursue another IPR in the wake of the settlement. Also, we have additional recent data demonstrating that some generic producers are pooling their resources and ling joint petitions for IPR. And although the new PTR rules allowing new testimony to be used by an innovator at the pre-institution stage may help in a limited number of cases, it is unlikely to substantially alter the situation.    Overall, the survey trend represents an unsettling development for all of those in the front line of defending biopharmaceutical innovation.

is a Partner and IP attorney for Foley and Lardner LLP. He can be reached at

was a law clerk at Foley and Lardner LLP, and is currently a JD candidate at UCLA Law School. 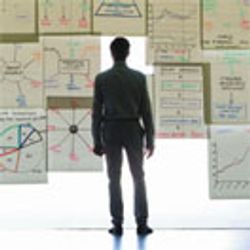 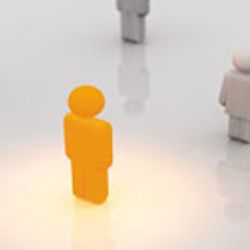 The Rise of the CFO Strategist: Balancing Numbers and Know-how