The external reference pricing circus has rolled back into town, promising another great European show. The European authorities making use of external reference pricing (ERP) for their drug pricing decisions have been on the back foot and keeping quiet over the last couple of years, in the face of sharp attacks from drug companies complaining of stalled innovation, and from patients concerned over delayed access to care. Now those same authorities are fighting back, with a detailed defense of the system they love, and with recommendations on how to make it even more loveable-for them, if not for manufacturers and patients.

The fight-back comes via one of Europe’s most obscure bodies, the European Integrated Price Information Database-better known as Euripid. This database organization brings together Europe’s drug pricing authorities who base the price they grant for a drug on what other countries have allowed. And that is most of them. Only Denmark, Sweden and the UK are the European Union (EU) member countries that make no use at all of the method. The authorities in Euripid-27 at the last count-swap details among themselves about the prices each of them fixes, so that they can take that information into account in their own pricing decisions.

An EU grant has recently given new energy to Euripid. With close on half-a-million dollars of EU funding behind it, Euripid members have spent two years working on improvements to the database, and in April they agreed on a manual of “best practices” to make external reference pricing function better for them.

Euripid members are proud of what they have achieved with their 30-page report-and unrepentant about their approach to pricing. Convinced that imperfections in the European pharmaceuticals market make it prone to market failure without adequate regulation, they justify ERP as a legitimate mechanism “to contain the costs of medicines.”

They brush aside the criticisms that are frequently made of the ERP approach. By coincidence, it is exactly a year ago that this criticism reached a peak, in the run-up to a meeting of European health ministers on drug pricing. Europe’s main drug industry association, EFPIA, called for the phasing out of this “redundant pricing mechanism,” accusing it of causing an arbitrary downward spiral in pricing as national authorities competed in a race to the bottom. And the European Patients’ Forum accused ERP of creating “significant disadvantages for patient access, particularly in poorer member states.” Deficiencies in the system were pointed out even in major reports that appeared at the time from European academics with no love of the drug industry.

Euripid is having none of it. It “will not debate the appropriateness of ERP and will not discuss alternative policy options or approaches,” says its manual. Euripid focuses entirely on fine-tuning the system to maximize its impact. And it sets out a score of “principles” designed to allow pricing authorities to polish their use of ERP, ranging from being clearer about the strategic objectives they set themselves for their health service to ensuring their staff are adequately trained and equipped to make accurate comparisons.

It is unlikely that the revitalized ERP circus will win universal applause, however. The Euripid defense of its members’ performance is as precarious as a trapeze artist without a safety net, and its proposals for perfecting the ERP system are often as flimsy as the brightly-colored patches on a clown’s costume.

The challenges to making ERP work effectively are numerous and well-recognized. The Euripid manual, itself, acknowledges many of them-but crucially doesn’t go very far in explaining how to tackle them. “Methodological problems can occur when prices from other countries are used,” it admits. For a start, “the methods for choosing or calculating the external reference price can vary in several aspects (e.g., size of country basket, price types, presentations considered, average vs. lowest price, etc.).” The manual warns that “the biggest risk in ERP use is incorrect choice of reference countries, i.e., countries with substantially different market structure or prices.” It also accepts that ERP has a perverse effect on wide patient access: “ERP seems to incentivize marketing authorization holders to first launch their products in high-priced countries.”

“Technical capacity of staff (e.g., data management, data analysis) needs to be built in order to perform the price surveys and comparisons correctly,” the manual continues. Even Euripid’s chairman, Stanislav Primozic, made clear in a recent interview that the organization’s role is “to avoid or mitigate any possible negative impacts on patient access to medicines of ERP,” particularly “because of unskilled use.” But coherent solutions to the problems identified are lacking from the manual.

In addition, the manual accepts that ERP “should be used in a mix with other tools and not as a stand-alone policy,” for instance, taking account of rewards for innovation. But the attempt to spell out how health technology assessment or allowance for research costs might be incorporated as a solution is, to say the least, confused. And little confidence is inspired by the inclusion of Trump-like observations such as “Pharmaceutical pricing regulation is very complex.”

Above all, the manual recognizes-but barely begins to resolve-the biggest challenge to making ERP work: “the availability of price-information as a prerequisite for conducting price comparison in the first place.” Some rudimentary and incomplete suggestions are offered for tackling the obvious difficulties posed by different pack-sizes, dosages, frequent price changes, divergent margins and taxes, and currency fluctuations, to avoid the “risk of making decisions based on incorrect or incomplete data.”

But no effective remedies are offered by the manual to the most serious difficulty: “deviation of real prices from list prices” through undisclosed rebates and managed entry agreements. The common practice of supplying medicines at a discount agreed in confidential negotiations between a company and a national authority means that these prices, often significantly below any “official” price, are by definition never disclosed, so it is not possible to take them into account in reference pricing. As a result, “increasingly obscure prices” bias the distribution of information, Euripid laments.

It expresses suspicion and regret. “The increasing use of managed entry agreements has to be judged critically,” it says, claiming that these agreements are often no more than camouflage for confidential discounts. “Their

confidentiality clauses result in further fragmentation on the demand side.” But the manual fails to provide much more than pious aspirations to overcome this major handicap. Governments and competent authorities should, it urges hopefully, reflect on whether the gains they make from confidential discount agreements are worth it when it entails secrecy about the price agreed-and consequent loss of transparency.

The evident reality-as drug firms have repeatedly pointed out-is that without confidentiality, they would not be prepared to offer these discounts. If the terms were to be disclosed, every other country would want the product at the same lower price. And in addition to, therefore, weakening a company’s hand in negotiations in other countries, it would also drag down the value of baskets used in reference pricing. Manifestly, beneficiary countries consider the confidentiality clauses a condition worth complying with in order to obtain more favorable terms of supply, because they continue to reach such deals.

Notwithstanding this big and unfilled gap in the logic of the Euripid arguments, the EU-funded project is scheduled to move on now to delivering “a technical guidance document on a coordinated approach to ERP” by July 2018. This, promises Euripid, will be developed in consultation with “pharmaceutical industry associations and patients’ organizations.” That should be quite a show. Time to book a ringside seat! 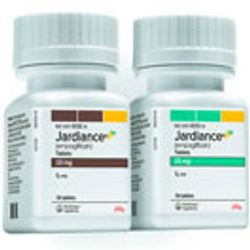 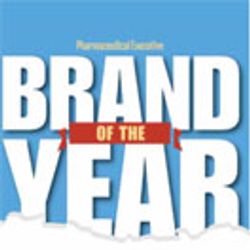 Brand of the Year: A Retrospective 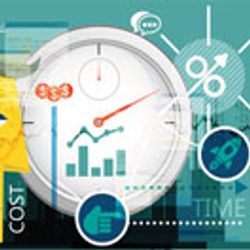