There are a number of highly innovative US companies, many of them in the information technology (IT), electronics, and software industries. What is interesting is that these companies were at one time fully-integrated entities—companies that made mainframe computers, wrote the software, and sold you the paper on which to print. Essentially, they did everything from soup to nuts. That model in the IT and electronics area has changed dramatically over the last 30 years. Many of the biggest names in those fields claim that their adoption of an open innovation model led to this result and saved their businesses. So, what is open innovation?

Type I is pure outsourcing, often touted as open innovation, or R&D activity pursued by external entities, such as contract research organizations (CROs) and universities. Type II consists of licensing and its variations—collaborations, joint ventures, even in some cases technology transfer, and perhaps what is called "crowd sourcing;" where a number of innovators come together to address a problem and solve it. Type III is R&D in the space beyond IP—an interesting concept, but which doesn't really help us much with what this means as applied to pharmaceutical innovation.

Rather than digging further into the jargon, we need to ask what caused certain companies to adopt what is called an open innovation model. Did it just dawn on those companies to decide "Oh, we need to create common platforms and technologies to arrive at new products, and thus must collaborate with others?" Or did companies deliberately embrace it as a behavior they should adopt, a culture they should push forward? Or was it vice versa—did the external environment intervene to force their hand? The answer appears to be that because the high tech environment changed over the past 30 years, companies had no choice but to adapt.

What happened in the electronics industry is instructive. By the early 1990s, IBM was on the verge of bankruptcy. The Taiwanese and the Japanese manufacturers in the 1970s and 1980s began making chips that were competing with IBM's products. IBM had to do something with the last few million dollars in its bank account to bring the company back to viability. Its solution was to open up its patent portfolio to outsiders in a systematic way, as a means of generating income.

Today we are enjoying the fruits of a dizzying number of collaborative endeavors started decades ago that have resulted in the launch of many new products in the last few years. The products combine the strengths of a number of different independent companies coming together to create an innovative array of handsets, tablets, GPS devices, and computing devices. A fact worth noting is that the intellectual property environment for these business sectors remains very vibrant. Successful open collaborative frameworks were not the death of IP. Patents were and continue to be actively sought, licensed, sold, and litigated by these industries—probably more so than ever.

Are there similar dynamics at play in the pharmaceutical sector that will push our industry toward an open innovation framework? If so, what can we expect these frameworks to look like?

A key influencing issue is the volume of R&D assets that are not being pursued simply because of the enormous risks and costs of developing new drugs. Are too many companies all chasing the same target drugs or the same cures? Should the industry collaborate more to get to a more efficient outcome? Would this be considered a cultural change? Or is it a question of at what point does the competitive balance lower the cost for new entrants and we are forced to collaborate? It is worth noting that the pharmaceutical sector remains more fully integrated than many of the other industry sectors.

This deserves further exploration. Unlike the high-tech and software industries, the information imbalance in the pharmaceutical sector might be the culprit here. Scientists in the pharmaceutical industry will all agree that in order to get to the next generation of drugs, greater access to the best information is needed. Yet there are still many barriers to getting the most helpful kind of information for drug discovery. Optimally, what a research scientist wants is information on health outcomes, mortality, health conditions of patients, and their behavior in the context of the disease. He/she also wants information from gene banks or tissue banks from those patients for whom a history is known. Back at the beginning of the 1990s, many thought that mapping the human genome was the answer. But it only told us part of the story. What is needed is more data that informs us about what the genome means for the individual. We must learn more about why different individuals treated in the same environment have so many different health outcomes.

More information is the not the answer—access to the right type of information is. Yet the most critical information is often protected by privacy concerns. It's all locked up in insurance companies, academic and research centers, and government health agencies, and it is very difficult to get because there is no conduit by which this information consistently reaches the research community. If society is serious about lowering barriers to understanding health, the relationship with the genome and other factors that would help us generate new cures or at least new therapeutics, the barriers to information access will have to be lowered in some way. Access to the right set of information may be the key environmental factor to lowering the risks and costs for those engaged in drug discovery. But when will it happen?

Only once there is a better flow of the right information among pharmaceutical companies on disease, health outcomes, and genetic information, will there be a real race to develop new drugs and therapeutics. The difficult part is figuring out the biological and therapeutic pathways, which were not as simple as earlier thought. The great misconception has been that the pharmaceutical industry is interested in patenting the genome and owning your genes. Rather, the industry is primarily interested in owning the intellectual property to the therapeutics they develop and sell.

Hence this brings us to the earlier question of whether external pressures are creating a flatter, more equal world for information in the pharmaceutical sector. Does the narrow sequestering of critical information somehow prevent the formation of such an environment? Without that informational equality, will the industry ever be compelled to adopt behavior that would result in a more open innovative world?

We are today seeing more willingness to collaborate, or at least there is now an established culture in pharma where Type 1 outsourcing activity is frequent. And increasingly there is Type 2 licensing and collaboration activity, but perhaps probably not as much as one would like to see, and certainly not as much as in the software, electronics, and IT industries. The pharmaceutical sector needs to spread those costs and risks in an environment where there is limited access to the right kinds of information.

There are a number of examples of companies seeking to gather and access the right information on genetic information on specific disease states. For example, the Asian Cancer Research Group founded by Pfizer, Merck, and Eli Lilly as a not-for-profit company seeks to accelerate research on new medicines to treat the most commonly diagnosed cancers in Asia (gastric, lung, and other forms cancer) via the creation of the "most extensive pharmacogenomic cancer databases known to date" over the next two years.

A further example is the Structural Genomics Consortium, a joint effort of Pfizer, GSK, the University of Toronto, NIH, Oxford, Umeå University, and other academic laboratories to develop small molecules that can stimulate or block the activity of proteins involved in epigenetic control. Here, industry gets access to genomic expertise in return for placing biologically-active compounds in the public domain for research use.

But such approaches are only piecemeal and answer just a few of the questions for some diseases and probably don't provide sufficient information to understand what is going on in human biology. So in the end, the question is whether the creation of a culture of collaboration as evidenced by the above noted consortia will be enough to create successful environments for the pharmaceutical sector. Or must industry await a flatter world of information access via some form of a high societal-level regulatory intervention aimed at liberating information? The answer is that we need to do both. 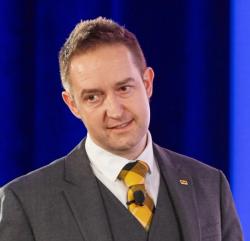 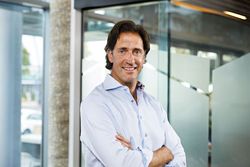