Autumn is a good time to present our annual post on how well the industry is doing in harvesting value for shareholders. Our diverse list of 24 companies, drawn from Big Pharma to the established biotechs, presents a similarly mixed picture on returns: smaller firms with a distinct customer base and tight oversight of costs are by and large proving more adept at delivering the strong growth that investors still expect from this business.

THE TRANSITION TO AUTUMN is a good time to present our annual post on how well the industry is doing in harvesting value for shareholders. Our diverse list of 24 companies, drawn from Big Pharma to the established biotechs, presents a similarly mixed picture on returns: smaller firms with a distinct customer base and tight oversight of costs are by and large proving more adept at delivering the strong growth that investors still expect from this business.

A closer look at the numbers suggests that the trend line on performance is changing fast. Gross margins for all the surveyed companies dropped in 2011, a sign that a consolidating payer base is finally asserting real market power. The critical EBITDA metric, covering net profits before taxes, was up by more than 6 percent on average, but this fell far short of the 24 percent gain for the Fortune 500 companies as a whole.

Pharm Exec's results confirm a recent comment by Biogen-Idec CEO George Scangos, whose company also earned the Audit's number one spot in shareholder value this year. "What is fundamental about today is that we are becoming an industry of lower margins," he said. That's blunt confirmation of a trend that many industry insiders are reluctant to talk about. While the Audit data doesn't provide a proof point as sweeping as what Scangos said—it simply acknowledges that "nosebleed" high margins are encountering resistance, and only in some market segments—the implications of an overall decline are worth exploring.

Casting our gaze toward the future, what might a world of lower drug margins look like for Big Pharma? Certainly, the self-correcting rigor of the market will discourage putting more resources behind a commercial development strategy that relies on big promotion budgets to create blockbusters around conventional science, in low-risk therapeutic areas. The evolution of R&D budgets toward a precisely calibrated pipeline portfolio must continue apace.

It follows that a key management imperative in this new environment will be to maximize revenues through better operational efficiencies—accounting in advance for every dollar spent. Likewise, increased therapeutic competition and payer power will only accelerate the rush to demonstrate value, with the performance marker of choice being superior health outcomes against alternative products. The upheaval this has caused in the once static division of labor among manufacturers, clinicians, and benefit providers has been identified by Editorial Advisory Board (EAB) member Stan Bernard in his on-going Pharm Exec series on "creallaborations." One sure aspect of a lower margin business climate is the necessity to dilute the cost of commercialization through collaboration; finding good partners improves the chances of securing a preferential market position, where it is easier to negotiate a premium price.

Drug companies will also need to act more like a consumer business, where an internal culture of "continuous learning" is required to keep pace with the morphing contours of a more discerning customer base. Novartis, among others, has touted the cross-over potential from having a strong OTC franchise alongside the innovative business, but the management cultures of the two product streams are distinct. Realizing opportunity from these synergies still remains elusive. Those companies that can do it will not only build market share. There is an added element in encouraging innovation on what surrounds the product. In fact, lower margins make process innovation, which is focused on service and performance commitments, a potentially important way to generate extra value, beyond the pill itself. It can generate extra revenue and raise the profile of the brand. The key is finding customers willing to pay for it. Otherwise, declining margins will result in fewer services, as in oncology, where medical practices are still chained to the "buy and bill" model.

Ultimately, this year's Industry Audit shows that those smaller "stealth" companies nipping the heels of Big Pharma are redefining how we assess growth. Growth from pile-on M&A's is almost always bad, while "good" growth stems from smaller bets on narrow market segments that are price insensitive and carry an active patient voice, which create opportunities to tap flexible, cost effective social marketing channels as an alternative to the traditional fixed sales force. It's simple: low margin or high margin, know thy customer is the best way to get the notice that builds business in a show-me-the-money world. 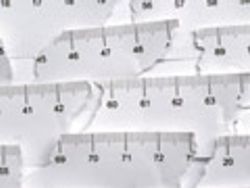 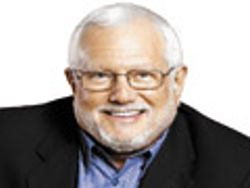