More than one-third of the dollar value of all US healthcare assistance to the developing world is donated by pharmaceutical companies to humanitarian agencies. That is the finding of a 2003 survey conducted by the Center for Pharmaceutical Health Services Research at the Temple University School of Pharmacy and sponsored by the Partnership for Quality Medical Donations (PQMD), an alliance of nine drug companies and a dozen humanitarian agencies. (See "About PQMD.") The survey, conducted annually since PQMD's inception in 1999, helps members quantify the value of their donation efforts and assists groups who wish to benchmark their work against that of other organizations.

More than one-third of the dollar value of all US healthcare assistance to the developing world is donated by pharmaceutical companies to humanitarian agencies. That is the finding of a 2003 survey conducted by the Center for Pharmaceutical Health Services Research at the Temple University School of Pharmacy and sponsored by the Partnership for Quality Medical Donations (PQMD), an alliance of nine drug companies and a dozen humanitarian agencies. (See "About PQMD.") The survey, conducted annually since PQMD's inception in 1999, helps members quantify the value of their donation efforts and assists groups who wish to benchmark their work against that of other organizations.

The PQMD/Temple survey found that medical product donations distributed overseas by PQMD nongovernmental organization (NGO) members funded 4,147 long-term development projects and 189 disaster-relief missions in 89 nations in Africa, Asia, the Caribbean, Latin America, and Eastern Europe. It topped $1.4 billion in 2003. That's up from $812 million in 2002, which was a 44 percent increase over 2001's $564 million. (The figures are based on manufacturers' prices to wholesalers.)

The annual dollar figure is comparable to the money distributed by the US Agency for International Development (USAID), the government's primary sponsor of humanitarian aid. USAID budgeted $1.374 billion for global health programs in 2003.

The dollar values tell only part of the story, however. PQMD members, as well as other pharma companies and humanitarian agencies, administer healthcare free to uncounted millions of patients who otherwise are unlikely to receive care. The doctors, nurses, pharmacists, and technicians who bring the medicines, diagnostics, and medical equipment to the bedside, teach and provide logistical services, manage the programs, and arrange transportation and warehousing are all donating their time as well. The annual figure also does not include the value of drug donations made by non-PQMD pharma firms to non-PQMD nongovernmental organizations.

The survey shows that anti-infectives and vaccines constitute the largest therapeutic classes of donations, representing about half of pharma's donations. Bristol-Myers Squibb in conjunction with AmeriCares, for example, implemented a donation program that provides needed antibiotics, among other drugs, to healthcare institutions in Mexico City and Guadalajara where dangerously high levels of pollution cause respiratory illness. The program is expected to serve approximately 10,000 patients.

Sri Lanka. A nurse administers albendazole, a lymphatic filariasis preventive medicine, obtained through GlaxoSmithKline's donation program. GSK pledged to continue the product donation "for as long as necessary to eliminate the disease."

In recent years, the buzz word in the donations community has been "sustainability." It's all well and good, critics say, to help out with an occasional gift, but charitable organizations need ongoing commitment and an ability to plan around anticipated donations.

"There are pros and cons to drug donation," says Joseph Saba, MD, CEO of Axios International, which provides advice and consultancy services to organizations conducting charitable programs. "For example, there are one million orphans in Uganda. How much should companies give? Which orphans are to benefit from treatment? The other question is for how long?"

But the survey shows that more than 93 percent of PQMD projects involve long-term development—sustained commitments to improve healthcare and eliminate specific diseases as threats to public health. That level of sustainability from the industry is at least as high as that from some government-backed aid programs, which are notoriously subject to change, especially when revenues are tight or when there's a change of administrations.

Emergency relief remains an important activity, of course. Often companies and their NGO partners have long-standing arrangements, under which the firms answer the NGOs' needs when disasters strike. It's a necessary arrangement because, at that point, it's too late to begin the process of requesting help.

That's why, for example, Bristol-Myers Squibb and Interchurch Medical Assistance developed the BMS/IMA disaster box program. Recognizing that disasters often call for certain basic medicines, each box contains sufficient quantities of antibiotics, antifungals, and analgesics needed to treat about 115 people. The boxes are prepared in advance, pre-positioned, and ready to go. In 2003, 72 such boxes were delivered to IMA's warehouse, from which they were shipped as needed.

When addressing complex public health problems, the most effective donation programs involve collaboration between corporations and NGOs working in concert with Ministries of Health and other local healthcare agencies.

"You need policy support either from the government or from the NGOs that 'xyz' is a worthy cause," says Ed Ludwig, BD's CEO. "You need that source of social stability and then, yes, you need the funding. What we can bring is not only the technology, but some of our knowledge about what makes a good vaccination program and also the people on the ground who are actually helping it."

"We don't do any of our projects alone," says Brad Ryder, knowledge support manager for the African Comprehensive HIV/AIDS Partnerships, a program developed and implemented by Botswana, Merck, and the Bill & Melinda Gates Foundation. "So even with the antiretroviral program, it's the Ministry of Health of Botswana that's actually running it. We are merely there to support and to advise and to assist them with this project. And that's true of any of our other projects."

In years past, drug donations were too often haphazard—too little attention was paid to matching the donation to the actual need. Only a couple of decades ago, the typical drug donation consisted of products the companies considered "in excess." In some cases, that included therapies approaching expiration. Unfortunately, some donors believed that it was all right to send short-dated medicines after earthquakes or floods, assuming the drugs would be consumed immediately. In fact, the opposite is more likely; distribution channels are hampered by disrupted communications, overworked people, transport shortages, and impassable roads.

"I think that's where drug donation works," says Jon Linden, an official with the Global Fund to Fight AIDS, Tuberculosis, and Malaria. "It works when a company teams up with a global agent like WHO and actually goes and finds a specific area where it makes sense to have donations and they can be distributed on a large scale."

In progressive companies, the trend is toward "planned product donations." The firm continues to donate appropriate excess inventory, but it also earmarks allotments from current production to NGOs it's working with. The firm gives selected NGOs a specific figure, say $15 million, and the NGO then orders whatever it wants, typically quarterly, from the company's product line.

Such arrangements have been well received not only by the NGO community, but by the companies' manufacturing operations as well. After all, those staffs overwhelmingly prefer planned production to the chaotic "fire drill" attempts to meet emergencies.

First published in 1996, WHO's guidelines didn't eliminate all the problems with donations. In early 2001, WHO worked with the World Bank and the European Association for Development and Health (AEDES) to test the awareness of, and conformation to, the guidelines. The study, which included PQMD participation, examined emergency drug donations to India, East Timor, Mozambique, and El Salvador after those nations suffered major disasters such as earthquakes, war, and floods. The new study was the first to attempt, in a systematic way, to find inappropriate donations and to determine responsibility for them.

Tanzania. A woman's height is measured to determine the proper dose of Merck's Mectizan (ivermectin), for river blindness. After 16 years, Merck, which collaborates with WHO, the World Bank, and the health ministries of many nations and NGOs, has donated one billion Mectizan tablets.

Those organizations' teams found, as had earlier investigators, thousands of donations that did not meet the guidelines in those four countries. But the teams reported, "No evidence was found of inappropriate donations attributable to major pharmaceutical companies or experienced NGO agencies."

To address those and other issues, the teams issued the report "Drug Donations in Post-Emergency Situations," which made numerous recommendations. To many, the most remarkable one is: "Only agencies with institutional memory, pharmaceutical experience, established relationships with government and other actors, and a strong field presence in the recipient country should be permitted to assist by donating drugs."

In short, the World Bank/WHO/AEDES/PQMD report effectively documented the importance of depending on professionally organized humanitarian agencies with specific expertise in pharmaceuticals. Hans Hogerzeil, MD, director of WHO's Department of Essential Drugs and Other Medicines, who was responsible for development of the donation guidelines, put the point directly: "Drug donations," he said, "are not for amateurs."

Nor are pharmaceutical donations "the answer" to the public health challenge. No one believes that giving away medicine is the ultimate solution to the world's enormously complex healthcare problems. However, it does play a critical role in serving millions of people who are not otherwise being served—and for that, industry's role should be recognized.

"It's hard for me to look at industry from a negative perspective when large companies are donating substantial amounts of money, time, and product to accomplish goals in developing areas of the world for increasing healthcare effectiveness," says Gary Cohen, president of BD's medical systems.

Indeed, contrary to the global perception that the industry is insensitive to the needs of the developing world, leading drug firms play a far larger part in the advancement of global health than is generally realized. 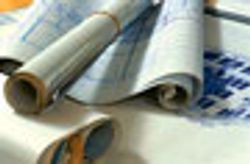 Blueprint for a Great Leader 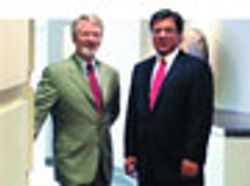 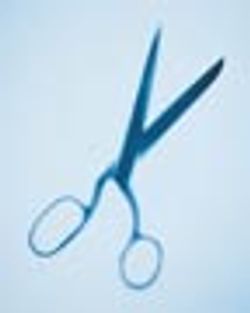