The next five years will determine whether pharma retains its position as the most profitable major industry. It will do so only if it succeeds in justifying its profit margins and the high prices that US consumers pay for its products. That will be tough. When Adlai Stevenson was running for president, an enthusiastic supporter gushed, "Oh, Mr. Stevenson, you will win the thinking man's vote.

The next five years will determine whether pharma retains its position as the most profitable major industry. It will do so only if it succeeds in justifying its profit margins and the high prices that US consumers pay for its products. That will be tough.

When Adlai Stevenson was running for president, an enthusiastic supporter gushed, "Oh, Mr. Stevenson, you will win the thinking man's vote." "Unfortunately, Madam," he replied, "I need a majority."

The pharma industry has a plausible justification for its pricing policy. Unfortunately it is plausible only to the minority who take the time to listen and consider its merits as an intellectual argument, unencumbered by the emotional pressures of the real world. When it comes to the battle for the hearts and minds of the American people, winning the thinking man's vote is not enough.

I have naîµ¥ friends in the industry who believe that all that pharma has to do is keep repeating its current arguments and perhaps make them more effective. It seems so obvious to them that if pharma's margins fall, R&D budgets will be slashed and the cornucopia of innovative blockbuster drugs will dry up.

Surely, they argue, no sane person-not even in Washington-wants that to happen. Alas, it is not that simple. Three years ago, when my colleagues and I were warning people at a pharma meeting of the potentially dire consequences of the growing backlash against the industry, one of my clients said, "It doesn't matter what the public thinks of us. Intelligent people will understand that a very profitable drug industry is very good for the public and the economy."

It ain't necessarily so. Sadly, there are many reasons to believe that the industry will be unable to sustain its margins as it becomes just another profitable, but not exceptionally profitable, industry. Public and corporate attitudes toward the drug industry have become much more negative during the last decade.

Why? In many ways the industry is the victim of its success as the fastest growing segment of one of the fastest growing segments of the economy. Until recently, pharmaceuticals were such a small percentage of all healthcare costs that they were almost invisible. And because third-party payers absorbed much of the rapidly growing costs, consumer were mostly unaware of what was happening.

Now, as co-pays increase, the public tends to think that drug prices are unreasonable and wants the government to control them. Furthermore, consumers are increasingly aware of how much more drugs cost in the United States than elsewhere. And, during the last few years, even employers and doctors have become critical of the industry's pricing policies.

The Need to Demonstrate Value

The price of pharmaceuticals, whether paid by consumers, employers, or the government, would be much less of an issue if people thought they were getting great value for the money paid. Just how badly the industry has failed to demonstrate the value of pharmaceuticals is evident in an August Wall Street Journal/Harris Interactive survey that asked the public to rate ten medical products and services on their value relative to price.

The real shocker is that brand-name prescriptions rank eighth out of ten on the list. Only 21 percent said they are good value compared with 43 percent who said so about medical devices, 36 percent for over-the-counter drugs, 36 percent for vitamins and mineral supplements (that really hurts!), 35 percent for doctors, and 32 percent for pharmacies.

Fully 45 percent of the public believe prescription drugs are a poor value for the money, second only to health insurance (55 percent). Forecasting the future of public opinion is even riskier than forecasting the weather or the economy. But there are solid reasons to believe that the backlash against the pharma industry and its pricing will get worse before it gets better.

All of the forces driving the backlash are still in place. With every passing year, consumers are being asked to pay substantially more out of pocket for prescriptions-not just for new drugs but for the same drugs. The costs to federal and state governments and to employers are also increasingly rapidly.

The best hope for the industry to maintain its profitability is to demonstrate that pharmaceuticals are a great value for their price. Spending on drugs may be rising rapidly, but it is a cost-effective way to spend money. The return on investment-in terms of longer life, less pain and suffering, and a better quality of life-is outstanding. I believe it is necessary, and possible, for industry to make this case because it is true. But if it fails to do so, the consequences will be disastrous. 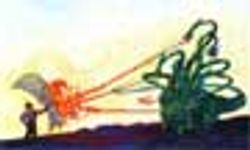 The 5 Myths of Pharmacogenomics 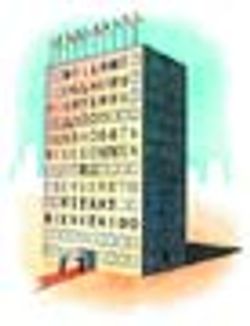