There is no question that a new administration can have a huge impact on FDA policies and projects. When I joined FDA, my first important project was shepherding the Patient Package Insert (PPI) program. It was initiated by a Republican administration under President Ford, grew under the Democratic Carter Administration, met a rapid death when the antiregulation Republicans came back into office under Reagan, and, like the phoenix, returned to life as the MedGuide Program when the Democrats took office under Clinton.

Yet, as a former boss told me when I went through my first inside-of-government administration change, "The little wheels at the top may change, but the big cogs at the bottom keep on turning just as they always have."

Are the personnel changes instituted by the new administration confined to the commissioner's office or do they also affect the Center for Drug Evaluation and Research? If they extend into the Center, there may be real change going on.

Of course, the salient question is: If there is change, what will it be? That is real "inside stuff," where the lobbyists earn their money. There will be many wish lists, and the transition team will be bombarded with suggestions.

However, FDA's post-Kessler, nonactivist nature may help stave off assaults on its current policies. There really isn't much to shoot at. Everyone likes user fees, and it would be hard to muscle FDA's new risk-management philosophy, given the Institutes of Medicine reports and the pan-government risk-management movement. No administration wants constituents to believe it opposes protecting people from pharmaceutical hazards.

That still leaves the new administration with the power to mute, redirect, or mitigate developing policies. Specific problems-such as newly discovered risks from approved drugs-come to FDA from external sources, and the agency must react responsibly. A new commissioner cannot control those events. It will also be difficult to blunt FDA response. Given recent trends and precedents, there would be much criticism if FDA goes too soft on any health-protection issue.

However, a new commissioner can set priorities and control resources. I routinely worked on individual drug labels, advertisements, and risk management packages at FDA. Under the Republicans, I conducted studies on health fraud and quackery; under the Democrats, I did studies to support PPI policies.

Will a new administration establish a friendlier FDA?

Since leaving FDA, one of the more interesting questions I am asked is: "How does FDA see our company?" There seems to be an industry belief that FDA's views of a company influence how it is regulated. Although I do not doubt that there are instances in which such views influence regulatory decisions, I believe that data and science are much more important factors. Everyone-especially FDA-is more comfortable when they can base decisions on data and science rather than on relationships. Personality differences aside, unless the new administration invents a better scientific method, don't expecta more easily persuaded FDA. 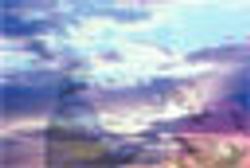 Marriages Made in Heaven? 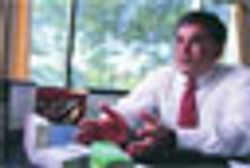