Ferring finds a new approach to communicate its value offering

The new, stronger roles of payer bodies in the system have led to various restructurings at the affiliate level for pharmaceutical companies, often for the better, in order to revamp their communication strategies with stakeholders. Ferring, the 60-year old Swiss biopharmaceutical specialist in reproductive health, urology, gastroenterology, and endocrinology, found that a whole new approach was needed in order to communicate its value offering to the "new kid on the block." Anita Goedknegt, general manager, explains that "prior to 2006 pharmaceutical companies had a large group of sales representatives or account managers who were predominantly focused on the prescribers. The prescribers were the decision-makers with whom you needed to be in constant contact. After the policy change it was no longer just the doctor in charge. We as an organization needed to change everything—and I mean everything."

Human resource changes were necessary in order to align Ferring's structure, processes, and organizational attributes with evolving market needs. "Our growth was driven by a stronger connection between the organization and the market environment," she explains. Growth and results for that matter have been extraordinary for Ferring since 2006, despite not introducing new products to the Dutch market until 2009. "Up to 2006, we were in a stable annual growth scenario. In that year we changed the entire organization, including its structure and quite some processes, which altogether created a 'hockey stick growth' for our affiliate." Operating in niche markets of fertility, obstetrics, and inflammatory disease, Ferring has consistently relied on double-digit growth in volume, and is projecting similar success for 2011. 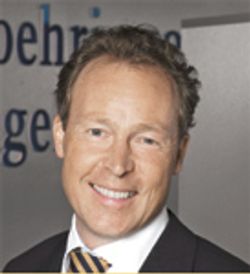 PICASSO—Truly a Work of Art 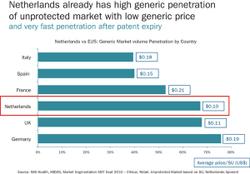 The Netherlands: Innovation through Collaboration