The High Court ruled that Abbott should pay the agreed-on royalty of 5 percent rather than the 2 percent it's been paying. The difference may be worth $392 million

Cambridge Antibody Technologies (CAT) has won a great victory for small pharma companies in its battle with Abbott over royalties for the arthritis drug Humira (adalimumab). The High Court in London surprised the City by ruling that Abbott should pay CAT the originally agreed-on royalty of 5 percent, rather than the 2 percent it has thus far been paying. Analysts estimate the difference could be worth as much as £210 million ($392 million) to the biotech company.

At the heart of the year and a half long court battle was the question of whether Abbott should be able to offset royalties it owes to third parties against what it has to pay CAT. The original deal was made in 1995 with Knoll Pharmaceuticals, the pharma division of the German chemical conglomerate BASF. Abbott purchased Knoll in 2000.

Knoll, and later Abbott, used CAT's library and phage display technology to develop the genetically engineered human antibody treatment for rheumatoid arthritis, which was launched at the beginning of 2003. Abbott argued that it could reduce CAT's royalties to 2 percent because of the involvement of other companies that also required a royalty cut. CAT has been paid only $5.6 million so far, much less than the company believes it was due.

In its first year on the market, Humira generated sales of $280 million. Sales are predicted to reach $1.2 billion in 2005, and analysts think they could peak at as much as $2 billion a year. Estimates of Abbott's total liabilities to the four companies whose technologies were used in developing and manufacturing Humira are around 13 percent of sales.

In the ruling, Justice Hugh Laddie said Abbott's reduced payments did not meet the requirements of the royalty-sharing contract in place between the two companies. He claimed that Abbott's arguments did "violence to language of the agreements, renders them obscure and makes little or no commercial sense." Although the 1995 contract did contain a royalties offset clause, the reduction was only to come into play if CAT's contribution could prove to be lessened by the involvement of a third party who required royalty payments. This was not the case here, the judge ruled, claiming that Abbott deliberately misinterpreted the contract to reduce its liabilities.

If Abbott is not allowed to appeal (or the appeal fails) then CAT will be awarded back payments of around £15 million ($27.8 million). Its shares rose by a quarter on the news. CAT's chief executive Peter Chambre described the victory as an exceptionally good result for the company's shareholders. At a stroke, it will create a well-funded biotech, with money in the bank to pay for research over the next few years. And with less desperation to find cash from investors, the company will be in a stronger position when negotiating deals with Big Pharma, which is becoming increasingly reliant on early stage research carried out by biotechs.

In 2003, according Wood Mackenzie, 35 percent of the profits at the top 10 pharma companies came from in-licensed products. This percentage will rise as pharma companies enter into ever more licensing deals. And with a growing proportion of their revenues coming from in-licensed products, Big Pharma's bottom line is ever more dependent on the level of royalties it has to cough up to its licensing partners.

So it's not just CAT that should be cheered by the decision, which has positive ramifications on a wider scale. Traditionally, biotechs have been negotiating from a position of weakness—few have the funding in place needed for their research. Despite the growing reliance of the big boys on the fruits of that research, they know they can negotiate hard and secure good deals. This decision tips the scales the other way a little bit. More financial security for the little guys can only be beneficial—for biotechs and Big Pharma alike. 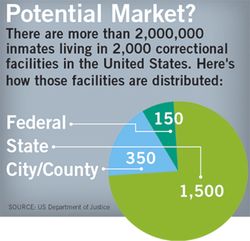 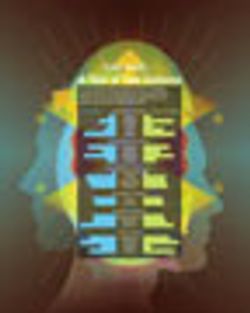