A burgeoning pipeline of expensive biologic products, many of which target prevalent, chronic conditions, has set off alarm bells in health plans across the country. Payers face great pressure from employers to rein in double-digit annual growth in healthcare premiums, and specialty drugs (infusions and injectables), which represent the fastest growing and fifth largest drug category, offer an attractive target for cost cutting.

To identify and track the key strategies that payers are using to gain greater control over their specialty pharmacy costs, The Zitter Group conducts a semiannual quantitative survey of 100 medical and pharmacy decision makers in managed care organizations (MCOs) about their use and management of biologic and injectable products. This article high-lights the survey's recent findings.

Until recently, health plans relied on physicians to manage specialty pharmaceuticals. Under a buy-and-bill arrangement, physicians managed drug selection, purchasing, inventory, and administration, leading to costs much greater than those for oral therapies. Physicians could bill at a premium well above their acquisition costs—and often above average wholesale price (AWP)—resulting in a steady and substantial revenue stream. In many cases, MD practices enjoyed greater purchasing power through manufacturers than did the health plans. For pharma companies, the physician represented the primary sales target.

For several relatively rare conditions (such as hemophilia) payers have long relied on specialty pharmacy providers (SPPs). These organizations have generally combined direct-to-patient drug shipments with home nursing services in order to ensure optimal care for the least prevalent conditions. Increasingly, payers have turned to their SPPs for more common conditions, such as rheumatoid arthritis and multiple sclerosis.

Purchasing products through an SPP represents a considerable and easy cost savings for payers. Not surprisingly, 78 percent of payers now use an SPP for some or all of their injectables, biologics, or oncology products. In the majority of these cases (70 percent), the specialty pharmacy arrangement applies to both medical and pharmacy benefits. More than 95 percent of MCO respondents indicated that they now expect to pay below AWP for drugs purchased through an SPP. Just under a third of plans (31 percent) report requiring their affiliated or network physicians to obtain products through their designated SPP—or accept a reduced payment.

The survey research suggests that through a combination of greater purchasing power, just-in-time delivery, and strong oversight, in the last twelve months, specialty pharmacy providers have reduced overall acquisition costs to a level that is 5-15 percent below AWP. For health plans that were previously reimbursing at rates above AWP, this translates into savings of up to 30 percent, with comparatively little required of them in return.

Indeed, the data show that the average reimbursement for physicians in the buy-and-bill environment has fallen to 14.21 percent below AWP, effectively equivalent to the Medicare rate for 2004. The use of SPPs, com-bined with the changes to Medicare reimbursement, create a very different environment for pharma, one in which a physician's product selection becomes increasingly revenue driven. More important, the significant savings captured by payers have come predominantly at the expense of physicians, through lower payments and mandatory vendor imposition. Future savings will increasingly come at the expense of manufacturers.

In addition, many SPPs offer highly specialized, condition-specific services, including case management, compliance monitoring, and disease management. Yet even with these offerings, SPPs still represent a savings for payers compared with the buy-and-bill model. (See "Specialty Pharmacies.") As might be expected, specialist physicians have complained, particularly when drug reimbursement represented a major revenue stream for them, as it does in oncology and rheumatology. Some plans (34 percent) have provided more generous nondrug payments to such physician groups to help ease the transition.

A physician's vulnerability to reduced reimbursements varies by specialty. Some, such as urologists, can offset lost drug-related revenue through revenue from billed in-office procedure codes. Others, particularly oncologists and rheumatologists, who rely primarily on revenues from drug administration, encounter major economic challenges. Faced with a choice of administering an infused agent at a potentially loss-making rate, many physicians have opted for alternate therapies or alternative care sites. Within the TNFa (tumor necrosis factor alpha) market, many rheumatologists have abandoned infused Remicade (infliximab) in favor of Enbrel (etanercept) and Humira (adalimumab), both of which can be self-administered.

A third group—physicians who have historically not provided drugs in their offices—pose a different challenge for pharma. The data suggest that, faced with low reimbursement rates and unfamiliar billing procedures, some dermatologists and pulmonologists may forgo the use of specialty products such as Amevive (alefacept) and Xolair (omalizumab). This phenomenon may hurt companies that are launching infused or intramuscular products into new markets.

The survey also revealed that payers favor patient administration of injectable therapies, with 78 percent now actively pushing for such products. Their reasons are patient convenience (96 percent), followed closely by the opportunity to reduce costs (88 percent), and elimination of office visits (88 percent). Increased self-administration enhances patient convenience by eliminating the need to take time to visit a physician, which, in turn, reduces a health plan's costs. Payers will continue to capture savings from physicians, this time through lost co-payments and lowered reimbursements.

Although the proportion of patient administration varies by category, health plans express few reservations about members' ability to self-administer safely, noting that insulins have long been used successfully by patients at all levels of the socioeconomic and educational spectra. (See "Patient Inject-ables," page 146.) Furthermore, payers believe patient adherence to be high with self-injectable therapies, because of the severity of the conditions they treat and the comparative absence of significant side effects associated with biologic therapies.

The growing use patient administration presents a particular challenge to manufacturers of infused therapies and other products that are perceived to be difficult to administer. Currently, 59 percent of TNF drugs are patient administered, a figure likely to rise with proposed changes to Medicare Part B. Within a category that has both subcutaneous and intramuscular drug choices, patient convenience may take on greater importance as a product differentiator. Among multiple sclerosis interferon products, for example, subcutaneous therapies such as Rebif and Betaseron may have an advantage over the intramuscular product Avonex because they can be injected more quickly and less painfully. Similarly, Copaxone (glatiramer), available in pre-filled syringes, may have an advantage over products that patients must reconstitute before use.

The payer preference for patient-administered therapies has important implications for manufacturers, particularly in light of the unusually powerful combination of enhanced patient convenience and lower payer costs. With Medicare likely to begin covering self-administered therapies, infused agents face major challenges. For categories like intravenous immunoglobulin G, in which most agents are infused, the first manufacturer to bring an FDA-approved self-administered product to market can expect to capture significant market share. Already, intramuscular IV immunoglobin is widely used subcutaneously, even without the label. FDA approval will allow manufacturers to market the new formulation to payers and to physicians.

Classification of specialty drug benefits has also shifted. Most plans expect to reclassify this group within 12-18 months, citing greater cost control as the reason. (See "Benefit Shift,") Soon, most products that patients can self-administer will be treated as pharmacy benefits rather than medical benefits. Products that require infusion may remain on the medical side, though increasingly subject to SPP control. The percentage of plans classifying specialty products exclusively as medical benefits is expected to fall by 50 percent within the next 18 months, while those classifying them exclusively as pharmacy benefits will more than double. Additionally, 8-18 percent of plans expect to offer a carved-out specialty formulary, subject to much higher cost-sharing requirements.

Reclassification of these products provides payers with greater control and oversight of their therapies. Previously, payers had no idea how much they spent on specialty products, the result in part of comparatively vague codes. Reclassification, and the use of NDC codes, provides payers with much more accurate data on utilization. In several classes, payers have used this new accuracy to draw conclusions about the cost-efficacy of competing products, with negative consequences for those agents with higher daily average consumption data. For the affected manufacturers, it will be difficult to offset concerns about cost-efficacy without addressing prices.

The research finds broad evidence that patient cost-sharing burdens will rise, with respondents projecting co-pay increases of 15 percent over the next 18 months Currently, 80 percent of the respondents collect co-pays for biologic and specialty therapies, with more than half of those collecting flat fees averaging just under $47. Thirty-six percent of payers report the use of a tiered design for injectables, though that figure is expected to rise. The stated cost-sharing burden for patients is comparable to that for oral therapies, with a third-tier co-pay level of around $40—and most specialty therapies fall in the third tier. Notably, several payers anticipate introducing a fourth tier, with an average co-payment of just over $60, within the next 12-18 months.

The overwhelming majority of payers (92.7 percent, up from 85 percent only six months earlier) believe that attractive pharma discounts on injectables and biologics could result in preferred position on their formularies, raising a new challenge for specialty manufacturers. In the past, companies could concentrate their marketing and sales energy on specialist prescribers, but as more MCOs establish formularies for injectables and biologics, pharma companies must increasingly focus on building a compelling case for their products that health plan decision makers will understand.

In a tiered environment, companies must now communicate precisely how their products' features—and innovative science—translate into value for the health plan. Not surprisingly, payers assign lifesaving and disability-sparing drugs greater value than biologics without those attributes. First-in-class status alone is insufficient. Similarly, differences in dosing frequency—twice monthly versus once monthly, for example—could take on greater importance. Infused products may find themselves losing market share to self-injectables, particularly if, as expected, the Medicare benefit moves to cover the latter.

In some cases, features that resonate most with prescribers may have an entirely opposite effect with payers. Similarly, meeting an unmet medical need may be insufficient to guarantee favorable coverage, particularly if the condition is not life-threatening, as has been the case in the plaque psoriasis market. Manufacturers that fail to understand this may lead their managed care discussions with their weakest message.

As more specialty products enter the market, managed care's ability to determine a product's success or failure will continue to grow. Pharma companies can no longer simply secure favorable coverage and minimize prior-authorization requirements to gain market share. In the future, they will have to navigate complex cost-sharing, reimbursement, and formulary environments. Although obtaining formal coverage remains a critical first step, manufacturers must now contemplate a variety of additional issues, ranging from rules governing prescribing and use to falling patient demand as cost-sharing requirements rise.

Because different organizations employ different rules, impose different cost-sharing requirements, and reimburse physicians differently, today's market for biologic and injectable products is considerably more complex. Manu-facturers will need to refocus their development strategies or be prepared to negotiate prices in return for favorable discounts. Payers increasingly have the tools and the systems in place to reward innovation—and punish me-toos. Innovative therapies that treat life-threatening and disabling conditions will enjoy broader coverage. Those that treat less serious conditions face much greater scrutiny. Groundbreaking science is no longer enough. 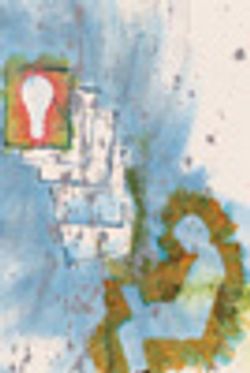