Streamlining For Success with Fred Price of BioMarin

In PE's December Pipeline Report, an unexpected Phase III candidate rose to the top. The drug: BioMarin's Aryplase. The reason for its success: an amazing turnaround job by chairman and CEO Fred Price. But Aryplase is not Price's first accomplishment at BioMarin, which was spun off from Glyko BioMedical in 1997. It is, in fact, only one of many that resulted from Price's efforts to jump-start a stalled company.

In PE's December Pipeline Report, an unexpected Phase III candidate rose to the top. The drug: BioMarin's Aryplase. The reason for its success: an amazing turnaround job by chairman and CEO Fred Price. But Aryplase is not Price's first accomplishment at BioMarin, which was spun off from Glyko BioMedical in 1997.

It is, in fact, only one of many that resulted from Price's efforts to jump-start a stalled company.

Price joined BioMarin in October 2000, when its founder, Grant Denison, a former colleague at Pfizer, decided to retire. But when first asked to come on board, he turned the offer down. He thought he was right where he wanted to be.

After earning an MBA from Wharton, Price spent 13 years coming up through the management and finance side at Pfizer, then jumped ship at age 40. "I didn't want to get divorced or buy a Porsche or change my life," he jokes. After some consulting work and a CFO position, Price landed the CEO position at Applied Microbiology-a New York biotech that develops protein-based antimicrobials-where he was able to put all his skills to work. Six years later, the BioMarin offer came along. Price was intrigued, but he didn't want to leave the East Coast. So he agreed to help the company select a successor. But the more Price learned about BioMarin, the more he liked it. Six months later, he packed up and headed for Novato, California.

He had his work cut out for him. The company had too many products in development, no game plan for pushing them through clinicals, and only enough money to last another six months. "The old saw in real estate is location, location, location," Price says. "And in biotech, I've always felt it's focus, focus, focus." He started with the company's mission statement. The original was " long, confusing, disjointed, and almost dysfunctional," he claims. He boiled it down to what he calls an "elevator speech"-what he would say to an analyst about the company during a 30-second elevator ride-"We develop enzymes for life-threatening diseases."

With that new focus in mind, Price began to shed projects. "I got rid of all the things that were either enzymes that didn't focus on life-threatening diseases or were not enzymes, whether they were for life-threatening conditions or not," he says. "And I got rid of a diagnostic analytical subsidiary." The second step of the paring process was to look hard at profitability. "If it stands a reasonable chance of being approved, is there a market?" Price asked of each candidate. "Can we price it appropriately? And can we market it effectively ourselves or through a partner and end up making money? If the answer is yes, we continue. If the answer is no, we get rid of them. So we got rid of more candidates."

Once Price had scrapped noncore projects, his next step was to raise the capital needed to advance the keepers. Even though BioMarin had gone public during the tech boom of early 2000, it had failed to maintain the interest of the investment community. In market capitalization, it ranked 61st among biotech companies, and most of its stockholders were individuals. "I don't think there was an institution that owned more than 100,000 shares," he recalls. "And there were very few accounts that had 50,000 shares."

Price hit the road in search of cash, traveling to Zurich, London, New York, Boston, San Francisco, and Los Angeles. "I called on my own experience and my connections with Wall Street in the financial community," he says, referring to the five years he worked as a CFO and consultant for venture capital and pharma companies. "By May of 2001, I visited 87 institutions, and of those, there were 10 that I visited at least twice, and five or six that I visited four or five times."

He first raised $45 million through a private placement with UBS, a Switzerland-based global bank. Having the support of a prestigious investment firm behind it helped BioMarin generate some excitement. In three years, Price raised $376 million, doubling the company's market cap.

While Price was raising capital, BioMarin's R&D staff-headed by Emil Kakkis, MD, PhD, formerly a professor at UCLA, and Chris Starr, PhD-was building its own buzz with strong clinical trial data for Aldurazyme (laronidase), the company's first product. Kakkis had developed the enzyme replacement therapy at UCLA, then joined BioMarin when it licensed the molecule in 1998. The company set up a 50/50 partnership with Genzyme-which has a successful track record for commercializing enzyme therapies-to develop and commercialize Aldurazyme. In early 2003, FDA and the European Commission approved it for the treatment of mucopolysaccharidosis I (MPS-I).

Patients with MPS-I are born without an enzyme necessary for breaking down carbohydrates. Their bodies build up an excess of glycosaminoglycan (GAG) in the tissue and organs. Before Aldurazyme, most of those patients died before reaching adulthood. (See "A Father's Quest," page 66.)

The drug reduces carbohydrate buildup, slows the damage to liver, kidneys, lungs, and heart, and improves-and may extend-patients' lives. Nearly 4,000 people worldwide are affected by MPS-I, so Aldurazyme has a small market. But it is currently under review in Australia, Canada, Israel, and New Zealand, and its sales potential is about $175,000 per year per patient.

BioMarin's next launch will likely be Aryplase, developed in-house and rated by analysts as one of the best pipeline candidates in Phase III. Aryplase, a recombinant human arylsulfatase B, is intended for patients with mucopolysaccharidosis VI (MPS-VI), a condition similar to the one treated by Aldurazyme. The disease is also characterized by a carbohydrate buildup, but in this case, the 1,100 people worldwide who have it are lacking a different enzyme. The company plans to submit it to FDA next fall, and with its orphan/fast-track status, it could be approved in early 2005. Price believes its market potential is around $150 million.

"Aryplase has a enormous amount of near-term excitement," Price says. "We have extraordinary Phase II data, and there are many important milestones coming up. It should really get the financial community's interest." BioMarin intends to be involved in commercializing Aryplase in the United States and will seek a partner to market it elsewhere, but Price is in no hurry. "Our view is, the longer you can wait, the bigger the deal," he says.

Enzyme deficiencies may affect only small patient populations, but there are a surprising number of variations. And BioMarin has more such treatments in the pipeline. (See "The Enzyme Pipeline.") At least 50,000 people in the developed world suffer from phenylketonuria (PKU) and lack the enzyme needed to break down an amino acid in protein. To survive, those patients can consume only a liquid formulation of predigested proteins-for their lifetime.

BioMarin's Phenoptin, a second-generation oral form of tetrahydrobiopterin, if approved, will allow PKU patients to eat a more normal diet, depending on the severity of their condition. The product will enter clinical trials next year. For those with a more severe form of the disease, BioMarin is developing Phenylase, an injectable enzyme therapy. Another item of interest in the pipeline is a technology called NeuroTrans that takes enzymes and possibly other therapeutic proteins across the blood–brain barrier. If approved, it could create a healthy revenue stream from licensing agreements with companies that develop neurological drugs.

The timeline for those projects will accelerate now that the company has discontinued development of Neutralase (heparinase) and can reallocate its resources. The compound had been intended as a treatment to reverse the effects of heparin (an anticoagulant) in coronary artery bypass graft surgery. But in the first Phase III trial, it became immediately clear that the positive results of the Phase II trials would not repeat themselves. "That's why you do large-scale trials," Price comments. Overall, the company is disappointed, but unfazed. At the time, its stock price dropped 20 percent (to $6.80), but has since regained half the loss.

"I don't want to call it a silver lining," Price says, "but in drug development, considering how expensive it is, if you're going to get a bad answer, it's better to get it early than late. By stopping the trial when we did, we saved $30–$40 million in development costs."

The long-term result is that BioMarin's cash burn will be less than it had projected and its risk profile has decreased. "We're pretty excited here," Price says. "We have a lot of good near-term markers, and we're well on our way to achieving profitability in '06." 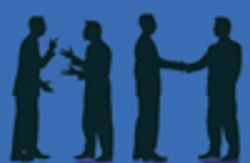 From Conflict to Collaboration 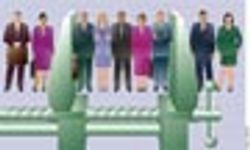 The Making of a New Disease