Through innovative patient compliance programs, manufacturers are taking steps to meet the needs of patients and the pharma industry.

In any consumables market, producers rely on consumers to use their products in order to create continuing demand. In the petroleum and food industries, to cite two examples, demand is maintained by the burning of fuel and the consumption of foodstuffs. The reasons are elementary: Cars cannot run without gasoline, and people cannot survive without food; therefore, those industries don't have to convince consumers of the necessity for their products. (There is, of course, much competition within these industries, but the basic demands of the market remain the same. People need food, and cars—for the most part—need gasoline.)

Not so, pharmaceuticals. Despite the cost and time involved in getting diagnosed, 50 to 60 percent of patients are noncompliant with their medication regimens, including one-quarter that never even fill their prescriptions to begin with. Reasons for noncompliance run the gamut from high costs of copay to lack of visible symptoms or benefits to (believe it or not) difficulty opening a pill bottle. But by far the most often cited reason for patients not following their treatment regimen is simply that they forget to take their medication. How often does that happen with food?

And the costs are staggering. Some estimates put the price of prescription noncompliance as high as $300 billion, with one-third of that bill coming from hospitalizations, emergency room visits, and repeat physician visits.

Yet according to Andrèe Bates, managing director of Eularis, pharmaceutical companies spend 97 percent of their marketing budgets to capture initial market share. But with fewer blockbusters coming out of the pipeline and the patent cliff looming in 2011 and beyond, revenues from first time users are going to slow to a trickle. Bates points out that because it costs six times as much to attract a new patient as it does to retain a current patient, it only makes sense that manufacturers focus on increasing yields through better patient compliance.

And in fact, many pharma companies are directing their attention toward improved patient compliance. In "Hard Pill to Swallow," page 30, News & Online Editor George Koroneos takes a look at some of the most innovative and effective patient compliance programs in the industry, utilizing strategies such as peer-to-peer outreach, online social media, and physician education. Through these programs, manufacturers are taking steps to meet the future needs of patients and the pharmaceutical industry.

As many of you know, Pharm Exec's longtime editor, Patrick Clinton, recently left to take a position at Oliver Wyman consulting. After an extensive search, we are pleased to announce that William Looney has accepted the position of editor-in-chief, and will take the helm effective August 4.

Bill comes to us from Pfizer, where he served as a senior director on the public affairs and global public policy team. Prior to that, he served a stint as a manager at Warner-Lambert, and held various editorial positions at The Economist Group, including senior editor at The Economist Intelligence Unit. He has a unique reputation in the biopharmaceutical industry as a communicator with strong content expertise, and brings a distinctive, global perspective to the magazine, along with a powerful voice to address the challenges pharma faces at this critical juncture in its history.

Look for Bill's first editorial in the September issue of Pharmaceutical Executive. 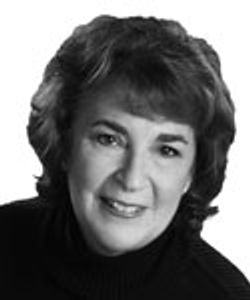 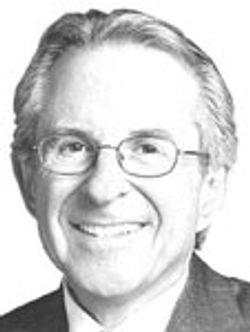