Is the Tail Wagging the Dog in Drug Market Entry?

The commercial pharmaceutical market of the 1990s has all but disappeared: Low-priced drugs designed to treat large-market diseases like depression and high cholesterol are making way for higher-priced specialty drugs designed to treat small, targeted patient populations. With this shift, emerging biopharmaceutical companies are not only developing an increasing number of novel drugs, but increasingly launching those assets.

As 2020 and the start of a  new decade begins, we see three major trends taking shape as more of these companies prepare to launch: an increase in the number of originator products and US approval filings, an uptick in expedited approvals and self-commercialization, and greater presence in markets outside the US.

Here’s our look ahead at these market-shaping launch trends.

As growth in the total number of new FDA approvals per year has slowed to a 4% year-over- year average, small and emerging biopharma companies are increasingly leading both in product origination as well as filings for approval (see Figure 1 below for growth rates through 2018).

This trend signals a fundamental shift in the industry’s innovation model away from large R&D organizations toward focused teams that are often using lean and virtual or outsourced models for development. To be sure, emerging biopharma companies are more likely than big pharma to focus on orphan indications and specialty markets with lower commercialization costs.

This trend also suggests that big pharma may need to reevaluate its portfolio allocation to business development and M&A efforts versus R&D.

A recent announcement by Eli Lilly that the former executive team from recently acquired Loxo Oncology will be assuming oncology R&D leadership overall for Lilly provides another example of innovative emerging biopharma contributing not just novel assets that may be acquired by big pharma, but also a source of potential talent for large pharma organizations seeking to reenergize their own innovation engines.

Increase in expedited approvals and self-commercialization

Emerging biopharma companies are increasingly commercializing products themselves, either solo or via a co-promotion, particularly in the US market. According to ZS analysis of the US drug approval market, expedited drug approvals are at an all-time high and the number of annual first launches of novel products increased from previous years to a high of 14 in 2018 and was followed by the second highest with 10 in 2019, after a five-year trend in the mid-single digits (see Figure 2).

With a healthy pipeline of late-stage products in key therapeutic areas, such as oncology, combined with a robust ecosystem supporting investment and financing of commercialization, we expect this trend to continue. A recent string of multibillion-dollar post-launch deals (including GlaxoSmithKline’s $5 billion acquisition of Tesaro, Lilly’s $8 billion purchase of Loxo Oncology, and Pfizer’s $10.6 billion acquisition of Array BioPharma in the last year) may further incentivize emerging biopharma company investors and executive teams to consider co-promotion or solo launches in the US, as well as raise the bar for pre-launch transactions.

Expanded ‘first-launch’ options beyond the US

More emerging biopharma companies are considering commercializing themselves or co-promoting in markets outside the US, particularly in Europe, Japan, and China, often as a parallel-path commercialization option to out-licensing. The general feelings of not wanting to leave anything on the table and to maximize and retain value are pervasive.

Having follow-on assets in the pipeline can drive investment choices ex-US with a longer-term view as initial launches may provide a foundation for future launches.

At the same time, striking the right balance between maintaining the appropriate focus in the US-typically the most valuable market-while also capturing opportunities offered from global markets, can be a challenging task.

With an increasing number of rare disease launches, even smaller organizations are often able to effectively commercialize across a broader set of markets. In Europe, for example, the majority of first launches have been in rare disease, and many of these have been by privately held companies. Of the 56 novel first launches that occurred in the US between 2011 and 2019, 86% were “go-it-alone” launches and 14% encompassed co-promotion launches, based on ZS analysis of a variety of sources, including company

About half of those products (24) subsequently launched in Europe, and of those, 42% launched solo, 8% via co-promotion, and 50% were out-licensed to partners for commercialization in Europe.

When it comes to market opportunities in Asia, organizations large and small are increasingly focused on assessing their assets’ commercial potential and value, particularly in China. In Asia, nearly all emerging biopharma companies choose to partner, although we anticipate more companies will consider a parallel path that includes launching or co-promoting in these geographies. Launching in China or Japan requires deep knowledge of the market along with relationships with key regulatory, distribution, access, and decision-making bodies or stakeholders.

With few exceptions, emerging biopharma firms haven’t begun launching on their own in Asia, but they’re increasingly bringing their assets to these key global markets by partnering with regional or global manufacturers earlier in development.

The partnership between Five Prime Therapeutics and Shanghai-based Zai Lab is one example of two companies teaming up early to support both the development and launch of a product in China. The alliance focuses on Five Prime treatment candidate bemarituzumab (FPA144), a targeted immunotherapy for tumors overexpressing FGFR2b, including in gastric cancer, where there is a high incidence rate in Asia. This alliance, in which Zai will manage Phase III trials for bemarituzumab in China and eventually commercialize there, increases Five Prime’s chances of global success.

Emerging biopharma companies account for an increasing share of innovation in the industry and have shown that they are willing to launch independently or in co-promotion. While established pharma companies may have infrastructure in place to leverage for the launch of a new product, emerging biopharmas preparing for a first launch must build their program from the ground up.

Launch go-to-market strategy and planning work often begins in earnest 21 to 27 months pre-launch (often six to 12 months prior to confirmatory trial results) and involves many interrelated work streams, from strategy and planning to organization build for headquarters and field teams, including sales and marketing and operations, insights and analytics, market access and medical, and data and technology, among others.

Strong leadership and launch experience, particularly in the emerging biopharma context, are critical to building a strong capability and ensuring longevity in this segment of the industry. 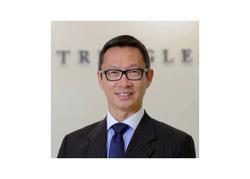