Value-based medicine is tremendously helpful if you've got a good drug. It could guide R&D, price decisions, and marketing. But most companies don't have all the clear winners.

For a patient with cataracts, a simple operation can restore vision to 20/20. But those numbers probably matter less to him than his ability to get behind the wheel, read a newspaper, and take his grandchildren to the movies.

The clinical trial process, by and large, isn't set up to answer questions about what patients most value. It's about numbers—time to disease progression, cholesterol levels, blood pressure—rather than quality of life.

Yet at a time when healthcare costs are ballooning rapidly—along with the tools available to intervene in just about every disease—quality of life factors must be considered alongside clinical data, argues Melissa Brown, MD, director of the Center for Value-Based Medicine.

Here, Melissa Brown discusses what's driving the move toward value-based medicine, how it will affect pharma, and why executives should embrace it.

What inspired this book?

Even before it became a hot topic, we could see that the percent of GDP that we were spending on healthcare was going up. I didn't think—in the United States anyway—that we had a clear picture of how to evaluate things from a value standpoint. We seem to believe that it's not palatable to look at things from a monetary perspective. But we spend over $2 trillion a year on healthcare—if we were just a little bit wiser, spending it more efficiently, the sky is the limit as to what would be available to everyone.

When we looked at what had already been written about healthcare costs, there were books that did a great job of starting to outline some of the issues and some of the problems. But they weren't able to come up with enough specific suggestions that would allow researchers to do cost-effectiveness evaluations with consistency. And the piece that we found that was not at all well-standardized was the quality-of-life assessment. That's what we centered on when we began researching our book. We spent a lot of time doing an investigation into what we thought was, in our hands, a good way to evaluate quality of life, and settled on, for a lot of reasons, time trade-off. From there we could do a blueprint for a cost-utility analysis, which would allow us to calculate value in medicine. Because if we can't allow our patients to have the very best value in healthcare—and by value I don't necessarily mean money, I mean value in improving the length or quality of life—then we're not doing such a great job as healthcare workers.

How did you define "value-based medicine" in your book?

There are three pieces. The piece that everyone is very aware of is our evidence-based information: our clinical trials, systematic reviews, and meta-analyses. These are data that tell us which interventions work—and which don't work—from the standpoint of improving something. But they don't tell us the effect of that change and how it improves someone's quality of life. So the second piece of what we call value-based medicine is then taking the clinical trial data and really turning it into a value measurement—and we do that using time trade-off qualities. An example is vision: If you can change someone from a visual acuity of 20/80 to 20/25 with cataract surgery, that's what your clinical trials will tell you. What it doesn't tell you is, Who cares? Do we necessarily want that? Does everyone want it? Now, intuitively it sounds very valuable, but then you take a look at someone who might be able to take a medicine that improves the ejection fraction of the heart from 35 to 55 percent. That also sounds pretty good intuitively but then you think, Does anybody value that? How do any of these things improve quality of life, and can we measure it?

When we talk about value, we're talking only about quality of life, improvement of life, length of life—not dollars. But, if you measure correctly, you can then add the final piece, a cost-utility analysis.

What's driving the shift from evidence-based to value-based medicine?

These issues have been looked at throughout the world for a long time, because many other countries have single-payer systems. In the US, we're now finding that costs are going up, particularly technology costs. It's a great problem to have, but the key is how to afford it.

Right now we don't have laws that support looking at money to make treatment decisions. Medicare and Medicaid can't look at cost. But I would say evidence alone doesn't give you the most complete picture. Take cancer: In that calculation, as a patient, when someone offers you an intervention that's supposed to extend life, almost everyone would love to have a measure of what's it going to cost, not just in dollars, but also in quality of life to get to that point. Wouldn't it be nice to give someone an analysis of what the average person with side effects would feel about his or her quality of life?

We've measured what the changes in your quality of life are from a number of drug side effects. Generally speaking, our clinical trials and our evidence-based medicine look more at efficacy than at giving you good measures of what the adverse effects are. Value-based medicine adds that piece onto it as well.

What are the implications for the pharmaceutical industry?

From the standpoint of the pharmaceutical industry, value-based medicine is a double-edged sword. It is tremendously helpful if you've got a good drug. We can identify why it's a good drug, what the value of the drug is from the standpoint of the clinical evidence, and what happens from the standpoint of quality of life with adverse effects. And you could clearly come out the big winner. It also could tell you what a good price might be to keep it within the general guidelines of cost effectiveness. It could be helpful in marketing because it would allow the company to show why its product is better than another drug in every single way.

The second side of the sword, though, is that most companies don't have all the clear winners. If you've got an inferior drug, this analysis will highlight that, too.

I would imagine that they would move into value-based medicine with caution. But I think this is a benefit, in total, to pharmaceutical companies because it gives them data early on, even in their beginning research, to take a look at additional variables and to know whether they should continue on with a particular drug or not. It really is an information system that can help them every step of the way.

Melissa Brown is director of the Center for Value-Based Medicine, an economic-research organization. She also serves as an adjunct assistant professor of ophthalmology at the University of Pennsylvania. She received her Master of Nursing degree from Emory University, her MD from Jefferson Medical College, and her MBA from Saint Joseph's University. 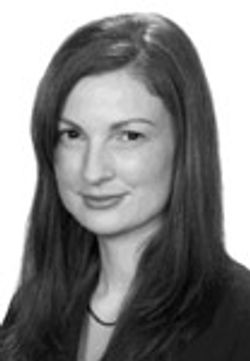