In unveiling a set of drug price control measures last week, the president displayed his bitterness that vaccine makers failed to announce their success in achieving high efficacy rates for new preventives before the Nov. 3 election.

In unveiling a set of drug price control measures last month, the president displayed his bitterness that vaccine makers failed to announce their success in achieving high efficacy rates for new preventives before the Nov. 3 election. Instead of focusing on his administration’s remarkable achievement in financing and supporting record-breaking development of critical vaccines to combat COVID-19, President Trump lashed out at Pfizer for conspiring to delay the good news on its vaccine as part of a conspiracy to block his re-election.

The administration took on Big Pharma in issuing a new final interim rule Nov. 20, 2020 to establish a “most favored nation (MFN)” policy that caps Medicare Part B drug reimbursement for 50 selected medicines at the lowest price paid by any developed country. The policy applies to Medicare Part B drugs, which are administered in doctors’ offices and hospitals and include many costly biotech therapies that require intravenous administration. Although the proposal predicts notable savings for taxpayers, analysts say it is more likely to cut reimbursement for doctors and hospitals. That drew opposition from the American Hospital Association, as well as the Pharmaceutical Research and Manufacturers of America (PhRMA). The most visible savings would go to Medicare, as the rule technically implements a process for testing a new payment method for a federal healthcare program.

The White House also announced that it plans to eliminate drug company rebates to pharmacy benefit managers (PBMs) and insurance companies for Medicare Part D drugs. The idea is to shift those savings to consumers, although a review of an earlier version of this change found that it would raise premiums paid by seniors for Medicare drug coverage and that any savings would go to the government, and not to consumers. A rule to implement this change is under review by the Office of Management & Budget. While manufacturers have applauded curbs on rebates, PBMs and payers are furious and plan to take legal action to block the proposal.

A third proposal revises federal anti-kickback rules on business relationships between doctors and other parties, including biopharma companies. The changes aim to support a shift toward value-based reimbursement for medical services and products, including drugs. The proposal may clarify policies for when drug company fees to health professionals are appropriate, as for consulting or participating in speaker programs, or for offering discount cards to cover patient co-pays for certain medicines.

It’s unusual for any administration to release significant new policies so close to the end of a presidential term. The MFN pricing rule was published with just the required 60 days needed to finalize it before Inauguration Day on Jan. 20. Although Democrats generally support drug pricing limits, it’s not clear how the Biden administration and Congress will respond to the last-minute Trump proposals. In any case, PhRMA says it will consider “all options to stop this unlawful onslaught on medical progress,” and is expected to file suit against the MFN policy. 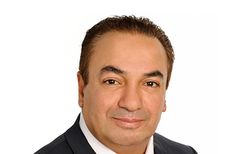