The process of distributing millions of doses of new vaccines across the nation has been much less effective than anticipated.

Although there was much analysis over the past year about the difficulties and challenges in distributing millions of doses of new vaccines across the nation, the process so far has been much less effective than anticipated. Since FDA authorization of two innovative mRNA vaccines to combat COVID-19 late last year, 30 million doses have been distributed, but only four million people were vaccinated in December 2020, and just 13 million have received shots so far.

While the Trump administration’s Operation Warp Speed (OWS) deserves kudos for supporting the accelerated development and production of safe and effective anti-COVID vaccines in record time, its plan for distributing and administering the preventives has been marred by political infighting and conflicting messages. State health officials have complained loudly of the lack of resources to support a massive new vaccination program and on limited information from Washington on the timing and size of anticipated vaccine distributions. The initial roll-out to health care workers and nursing home residents were tricky to schedule and arrange, and federal vaccine prioritization guidelines proved cumbersome. Many states are moving on to include more elderly populations, acknowledging that efforts to target certain groups such as nursing homes, teachers and other front-line workers have been confusing and wasteful.

A main problem was the administration’s delay in authorizing the Centers for Disease Control and Prevention (CDC) to provide states with clear guidelines for updating existing local procedures for distributing vaccines that critical “last mile” to clinics and health centers, a challenge familiar to supply-chain experts. Uncertainty about vaccine shipments and supplies, at a time when hospitals were dealing with surges in COVID-19 infections and deaths, prompted medical centers to cancel inhouse vaccination activities. And there still is confusion about whether clinics should hold back supplies for second doses or administer all on hand.

Although vaccine manufacturing has been ramping up, and supply has not been blamed for current distribution failures, there remains concern about unanticipated production problems. Last November Pfizer rattled OWS by disclosing that it would provide only 50 million doses in 2020, instead of the 100 million doses initially expected. And just last week, Pfizer announced plans to reduce vaccine supplies in Europe as it moved to renovate production processes at its Belgium facility. At one point in December, Moderna had to discard 400,000 vaccine doses due a filtration issue during production, although the company maintained that it would still produce its promised doses. Pfizer agreed recently to increase U.S. vaccine deliveries by another 100 million doses in 2021, but that is linked to access to certain supplies and raw materials needed for production. There is great hope that Johnson & Johnson will gain emergency authorization soon for its one-shot COVID vaccine, which would greatly bolster supplies of a product much easier to deliver, store and administer.

Meanwhile, research is underway on strategies for extending the current vaccine supply. These include studies on whether smaller or less frequent doses of the Moderna vaccine provide sufficient protection. There’s a search for a certain kind of syringe that is able to extract an additional sixth dose from Pfizer five-dose vials. There also has been talk of delaying or dropping the second doses for current vaccines, but FDA officials oppose such an untested move.

Congress finally approved a $900 billion relief package in late December, which provides an additional $8 billion for state vaccine distribution and administration, and that is now beginning to trickle down to local operations. However, efforts by the Biden transition team to form a new vaccine distribution program were hampered by limited communication and information sharing by the Trump administration and OWS. In fact, current vaccine policy was further confused by the recent announcement by Health and Human Services (HHS) secretary Alex Azar that OWS would ship to states thousands of vaccine doses held in warehouses to provide second shots for patients, only to learn that there was little supply on hold to do this.

Meanwhile, President-elect Joe Biden released a new initiative for ramping up vaccine distribution to meet the goal of administering 100 million doses to Americans in the next 100 days.1 The plan calls for mobilizing the National Guard and the Federal Emergency Management Agency to establish federal vaccination centers, while also working with pharmacies, community health centers, and mobile vaccination clinics to reach broader populations. There’s a promise of more support and resources for states and plans to ensure that all entities know well in advance and understand vaccine allocations and timing of deliveries, including an assurance of second-dose availability, in keeping with current FDA recommendations.

The plan acknowledges the need for added access to critical vaccine components, such as vials, syringes, stoppers and needles, and may leverage the Defense Production Act to fill any gaps. And there’s support for boosting vaccine finish-and-fill and packaging operations, as well as for augmenting required cold chain systems needed for effective vaccine distribution and storage. The new administration furthermore backs efforts to “maximize the manufacture of vaccine,” but is vague on how to do this.

In looking to put a new stamp on its federal vaccine initiative, Biden named former FDA commissioner David Kessler to replace OWS leader Moncef Slaoui in directing continued development and production of vaccines and therapies to combat the pandemic. Kessler is best known for expanding FDA regulation of tobacco, establishing FDA user fees, and revising regulatory policies in the face of the AIDS epidemic. There is concern that he has little experience in vaccine research or distribution and has been away from federal health policy for the last 20 years. But now he will be key to the success of the new administration’s promise to vaccinate 1 million people a day to gain control of the pandemic and restore the nation’s health and economic well-being. 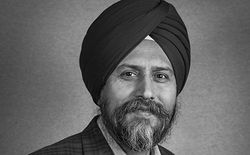