Washington Report: After Plan B: Out of the Quagmire, into the Data

Washington Report: After Plan B: Out of the Quagmire, into the Data

Pharmacists have applauded Plan B's behind-the-counter status, and FDA hints that the drug might pave the way for more pharmacy-only OTC products.

Andrew von eschenbach proved his worth this past summer by extricating FDA from the highly politicized debate over broader access to the morning-after pill, Plan B. Delay in approving an over-the-counter (OTC) version of the drug had undermined the agency's golden reputation for adhering to high scientific standards in determining drug safety and efficacy; the quagmire also put von Eschenbach's nomination to head the agency on hold for months.

Advocates for emergency contraception still want the drug available without a prescription to anyone who wants it, and opponents continue to attack it as dangerous and likely to spur teenage sex. Nonetheless, the final decision seems a workable compromise. FDA provided sufficient explanation for its requirements: an age-18 cut-off, pharmacy-only distribution, and common packaging and labeling for both OTC and prescription products. And Barr Pharmaceuticals met the criteria.

The road to approval began in July when von Eschenbach decided that the agency did not need new rulemaking in order to address the drug's unusual regulatory status. That set the stage for Barr to craft an educational and distribution plan to fit FDA's parameters. Pharmacists applauded the behind-the-counter status of the product, and FDA hinted that its lengthy deliberations on Plan B may pave the way to more pharmacy-only OTC products. The Center for Reproductive Rights said it would continue its lawsuit against FDA, claiming that its compromise does not ensure sufficient access to Plan B. Conservatives voiced opposition to FDA's action, but President Bush had already signaled support for "Andy's decision" on the dual status of Plan B.

Barr says Plan B won't be a big money-maker with a fat promotion budget, because patients use the drug occasionally—instead of chronically, like other contraceptives. Even if sales triple from a current $30 million, as some analysts project, that won't be enough to greatly expand its current $1 million budget for consumer magazine and professional advertising or to support DTC broadcast advertising.

Moreover, Barr has agreed to hold off on consumer promotion for six months after Plan B's OTC launch later this year. It will first educate healthcare professionals through its sales force, continuing education programs, and professional advertising. Any consumer ads will be submitted to FDA for review and targeted to an over-17 audience, with "language and visuals appropriate" to an 18-44 age group.

All parties will be watching closely to see how this restricted distribution plan works. Barr will monitor Plan B sales to ensure that pharmacists comply with its rules and to watch for emerging safety and efficacy issues. Such monitoring may pay off if the data Barr collects supports expanded OTC access for teens by documenting that younger women can use Plan B responsibly.

The battle over Plan B now moves to the states. Before FDA's approval decision, the drug was available without prescription through state pharmacy-action programs in nine states, including California, Maine, Massachusetts, and Washington. At the same time, a few states have adopted legislation that allows pharmacists to refuse to fill certain prescriptions, such as emergency contraception. Advocates for the morning-after pill hope that FDA's approval decision will defuse local opposition and prompt most pharmacists to fill prescriptions.

It might be easier to monitor Plan B dispensing and post-approval safety under the fully electronic drug information system that FDA proposes to put in place. The agency has already established an e-labeling system linked to the DailyMed database as a way to expand public access to drug information and to support electronic-prescribing initiatives.

Now the agency proposes an Electronic Drug Registration and Listing System that will hold data on every drug manufacturer and the products they make. It will include US and foreign companies and list prescription and OTC products for humans and animals, including vaccines and biotech therapeutics.

FDA has long maintained a listing of all drug products distributed in the United States with name of manufacturer, product formulation, and National Drug Code (NDC) number, but the system is rife with errors and omissions. Many manufacturers fail to accurately register new products, report changes, and remove discontinued drugs from the list.

A recent analysis by the HHS Office of the Inspector General (OIG) found that some 34,000 of the 120,000 drugs listed in FDA's National Drug Code Directory no longer exist, and that 9,000 marketed drugs are not on the list. In August, OIG urged FDA to fix the system, and FDA responded a few days later by unveiling a massive proposed rule to overhaul the program. Developing an accurate and complete electronic drug registration and listing process has been "a high priority for several years," points out FDA deputy commissioner Janet Woodcock.

Manufacturers will have to register each establishment within five days of beginning operations, and all foreign manufacturers will have to register and provide information on a US agent and on importers for each drug made for the US market. All registrants will have to update information on facilities and listed drugs whenever there is a change, and every June and December they will have to confirm that they have reviewed the information and that it remains up to date, notes Michael Bernstein of the Office of Regulatory Policy in the Center for Drug Evaluation and Research. Overall, FDA says the benefits justify implementation costs, which it estimates will be about $5.6 to $5.8 million a year.

To achieve these gains, the new policy makes an important change in the NDC numbering process. The coding system was created in 1969 to facilitate automated processing of drug data by government agencies, hospitals, insurance companies, and drug manufacturers and distributors. Now accurate product codes are essential for claims processing and multiple regulatory and information functions, such as e-prescribing and adverse-event tracking. Pharmaceutical companies also need accurate NDC codes for proper reimbursement by Medicare and Medicaid, as well as private payers, Woodcock notes.

FDA proposes to assign the full NDC numbers for drug products, instead of relying on manufacturers to submit code numbers to the agency. FDA now assigns only the labeler code, the first segment of the 10-digit code, and manufacturers add their own product and package numbers. Unfortunately companies make coding errors, re-use NDC numbers from discontinued products, and make changes to a drug without updating the code.

Control over NDC numbers is key to ensuring accurate drug listings. In order to get an NDC for a new drug or dosage form, the manufacturer will have to provide all the required listing information: company name, drug name and category, package size and type, drug master-file number (for active ingredients), active and inactive ingredients, dosage form, and any product imprints.

FDA plans to assign "unique and unambiguous" codes prospectively to new products; manufacturers may retain current numbers, provided they comply with the new rules. The agency considered a proposal to completely reassign all existing NDC numbers, but decided not to because it would cost almost $1 billion to implement and require major changes in data processing systems at manufacturers, pharmacy benefit managers, and other information users.

Conversion to an electronic system also supports broader FDA efforts to ensure drug safety and quality. By scanning a product's bar code, patients and providers will be able to call up the latest drug labeling and safety information, avoiding prescribing and dispensing errors in the process.

Public disclosure of all this information, however, could reveal data that pharma companies might prefer to keep confidential, such as plant locations, active ingredient amounts, excipients, and names of foreign company agents. FDA says it may agree to non-disclosure of some trade secret data, but that there are important reasons to permit access to most of the required information.

For example, FDA wants data on a drug's dosage form to distinguish tablets from, say, capsules. A box with 12 unit-of-use blisters would have a different code for each individual blister, a distinction that could enhance the accuracy and value of bar codes and thus reduce medication errors. Patients with allergies would have access to needed information about excipients. And information on tablet imprints could help FDA investigate reports of counterfeiting and adverse events.

While it may take several years to finalize the e-registration rule, FDA plans to start accepting electronic listings on a voluntary basis. In addition to all the envisioned benefits, a more efficient drug registration system would free FDA resources to implement the new policy and ensure compliance with the rules. Such possibilities are sure to generate many public comments.

Jill Wechsler is Pharm Exec's Washingtoncorrespondent. She can be reached at jwechsler@advanstar.com

A Survey of Medical Science Liaisons 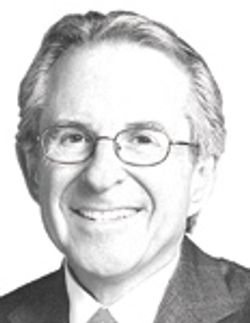 Leadership: To Do: Take a Vacation 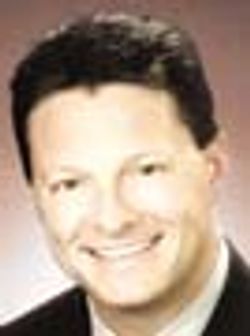