In the long run, pharma wants to sell health, not just drugs.

What [a] business thinks it produces is not of the first importance," Peter Drucker famously wrote. "What the customer thinks he is buying, what he considers 'value,' is decisive." The crucial word in there, of course, is thinks. It gets right at the elusive core of business, the place where consumers look at products and transmute them into something new. Your pill to lower blood pressure? The customer could look at it and think he's buying extra years of life, or he could think he's buying a paid-up membership in the ranks of the sick. The facts, as important as they are to the industry, doctors, and FDA, may not matter much at all in comparison with what's in the patient's imagination.

That disconnect at the heart of the transaction is a fact of life. But as the events of recent months have vividly shown us, it's a bad thing when businesspeople get too comfortable with the idea that customers are getting something other than what they think they're getting. In recent years, millions of mortgage applicants thought they were buying a home, or perhaps a foolproof investment, when they were in fact buying a shot at bankruptcy. Financial institutions that thought they were buying revenue streams in fact...well, you get the point.

Healthcare is rife with the same kind of problems. Patients who think they are getting a vital medical test that will contribute to their health are, in fact, sometimes simply paying to render their physician a little safer from a medical malpractice suit—or in the most egregious cases to boost his or her revenue.

The mismatch isn't always malicious. Many in the pharmaceutical industry take pride in the fact that they sell products that cure or control diseases and enhance health. That's true—but it doesn't necessarily follow that when you sell a medication, you're selling better health. The realities of differential response to drugs and poor patient adherence and compliance mean that many prescriptions ultimately accomplish little or nothing.

So how do we ensure a better match between what customers think they're buying and what they're really getting? In the world of pharma, we've tried stricter and stricter regulation—and if anything, it has only led to greater dissatisfaction. The current focus on paying for outcomes looks like a step in the right direction. But for my own part, I have less faith in regulation and incentives than I do in the passion and persistence of individuals. We need people at all levels of pharmaceutical and healthcare companies to insist on getting closer to the ideal of being in the business of providing not just products, but health.

We're not supposed to believe in that sort of thing, of course. We're supposed to think like economists, and structure systems that deliver good results by relying on nothing more than the greed of individuals. That can kind of work, as we've seen. But it can fail. In this long, hard year, I look at the news and think of the characters of the people I know and work with.

I'd rather trust the people.

This is my final column as editor in chief of Pharmaceutical Executive. By the time you read this I will have taken on the job of marketing director for the Health and Life Sciences practice of Oliver Wyman. My deepest thanks to the splendid Pharm Exec staff, publisher Jay Berfas, and to the hundreds of readers and others who have offered me guidance, criticism, and astonishingly generous support in my time here. 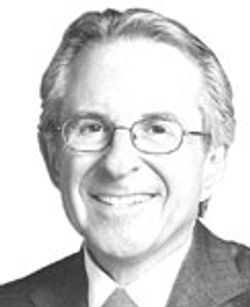 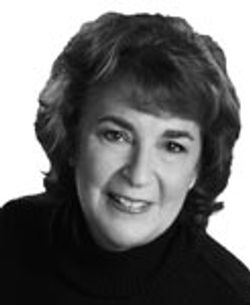 Forget Brand vs. Brand—This is War