Whistling Past the Graveyard

A night of comedy in support of a chronic disease.

The best comedians can seamlessly transition from one subject to just about any other, but it was jarring to go from Larry Hausner, CEO of the American Diabetes Association, and the harrowing statistics he presented—along with silhouetted patients entering the stage every 17 seconds, symbolizing the frequency of new diabetes diagnoses—to New York comedians Colin Quinn and Jerry Seinfeld. Luckily, the ever-ebullient Fox New York television anchor Rosanna Scotto, and Novo Nordisk's Camille Lee, SVP, US diabetes marketing (Novo sponsored the concert, and a pre-party held nearby) helped keep the packed theater from getting too depressed before the comedians took the stage.

It was the third time Seinfeld has performed at a Stand Up for a Cure show (SUFAC), and the April 17 event at The Theater in Madison Square Garden represented the first of a series of shows happening under the SUFAC name this year. The Seinfeld/Quinn double bill for charity brought out famous and not so famous celebrities, including Martha Stewart, Sasha Cohen (the Olympian figure skater, not Borat), and several Real Housewives of New York, in addition to diabetes activists and bloggers. Neither Quinn nor Seinfeld did any jokes on diabetes specifically, although Quinn worried about New York City Mayor Michael Bloomberg's legacy, which is lamentably switching from the guy who cleaned all the guns off the streets of New York, to the guy who took away extra-large sodas.

The evidently soda-loving Quinn also had some choice remarks on how much Brooklyn has changed since he was a kid: "It used to be tough Italian guys with tattoos and wife-beaters...now it's young women with tattoos and wife-beaters." Seinfeld riffed on being married with children, and dusted off a couple of old digs on televised drug ads. After viewing an ad for Lilly's erectile dysfunction drug Cialis with his children, Seinfeld said he had to explain that an erection is "like an erector set." Seinfeld said he understood why the couple in the Cialis commercial was having intimacy problems; they'd just carried two extremely heavy cast iron bathtubs all the way up a hill to watch the sunset, without plumbing. On the oft-japed four-hour erection warning, Seinfeld worried about the awkwardness of the hospital waiting room in that situation (he advised wearing a parka), and then, what a physician would actually do about it.

Jerry Seinfeld performing at Stand Up for a Cure.

From all appearances, the event was a success, and the idea of employing comedians to help raise funds for research into cures for deadly diseases is a good one. Chronic disease isn't funny, of course, but laughing beats crying.

Is That VBP on the Horizon, or a Mirage? 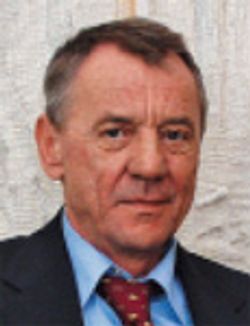