Thankfully, the civil war is not a public relations issue for Big Pharma, but the long-term business implications for the Middle East region are cagey.

Syria is the latest in a long list of humanitarian crises that raise nagging questions about the larger social responsibilities of an industry whose mission is medicines—an essential public good. Often, however, the questions presume that Big Pharma is in a position to arbitrate the complex cultural and political dynamics that underlie such crises. Or that it can single-handedly maintain a service infrastructure impervious to the daily disruptions that define a crisis in the first place. In the case of a sectarian war of attrition like in Syria today, the health system is usually the first to collapse, with the most rapid deterioration taking place in the supply chain for time-sensitive, replenishable items like drugs and vaccines.

What is interesting about Syria is the relatively small presence of foreign drug-makers. Even during the long era of stability under what is essentially a clan-based dictatorship, the multinational companies in Syria flew under the radar, as bit players in a business script written largely by domestic manufacturers of non-inventive remedies that benefited from a weak IP regime, contract cronyism, and favorable regulatory treatment. In fact, prior to the breakdown, the Syrian industry was showing signs of breaking free of its local bounds to become a leading exporter of medicines in the region. It is likely now that players like Jordan and Turkey will benefit from the country's fall from grace in the pharma leagues.

The human cost of the crisis is reflected in statistics that underscore this promise. In 2008, the drug industry in Syria was the second biggest exporter of medicines in the Arab world, shipping $150 million of product. Some 17,000 people were employed, mostly in production, distribution, and marketing—significantly, three quarters of the workforce is female. Today, factories that supplied more than 90 percent of the country's medicines are operating at a third of capacity, largely due to the fact that manufacturing was centered in the country's largest city, Aleppo, where most physical infrastructure has been destroyed. US and EU economic sanctions, unavailability of hard currency, fuel shortages, logistics breakdowns, and the loss of key personnel have made even essential drugs scarce, resulting in what the World Health Organization (WHO) has declared is a public health emergency.

Pharm Exec contacts with major US- and European-based companies that operate in Syria found only a skeleton presence today. Most have withdrawn from the market and relinquished their holdings to local distributors. Novartis appears to be making the most visible commitment, telling Pharm Exec that it has an "obligation" to maintain the supply of medicines, which it is doing through an unspecified third party. It is working to ensure the safety of its local employees, will continue to register new products in Syria in conformance to its business plan, and maintain a dialogue with local authorities. To comply with US sanctions, Pfizer wound down its presence in Syria last September and transferred its regulatory authorizations to a distributor; there is no word what has became of its work force. It also received a special sanctions license to supply non US-origin medicines and animal health products to another Syrian distributor.

Significantly, medicines activist groups are not targeting the foreign multinationals, stating that the real issue is who will be primed to pick up the pieces on drug supply once the conflict is over. Aitor Zabalgogeazkoa, coordinator for Medecins Sans Frontieres' (MSF) taskforce in Syria, told Pharm Exec that foreign drug-makers had disappeared from the scene—predictably, he said—and that the emphasis is on pushing humanitarian agencies and especially local and Lebanese-based distributors to overcome logistical challenges in meeting the need for essential drugs. Post war, "Jordan will most likely gain the most traction as a drug producer, not only in Syria but for the region." He noted that the language barrier is a deterrent to uptake of Turkish medicines in the Syrian market.

With the Western media largely quiet on the question of business responsibility, and given the region's status as an underserved market with substantial untapped demand for Western medicines, the best strategy for Big Pharma seems to be to keep searching for pockets of stability that can serve as a foothold for gradually restoring a presence in Syria. No news is good news.

Clark Herman is Pharm Exec's Associate Editor. He can be reached at cherman@advanstar.com. 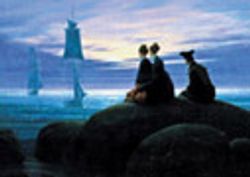 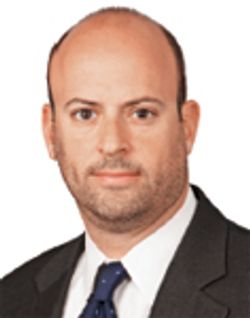 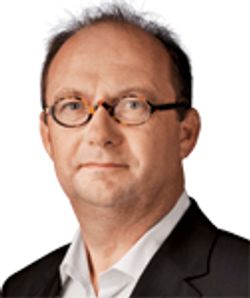 The Force Behind Sales Forces