That may be one option as the UK agency, like the NIH it supports, looks at how to generate big savings.

The National Institute for Health and Care Excellence (NICE) is in a financial tight spot.  UK’s health technology assessment (HTA) body is facing a 30% reduction in grant funding from the Department of Health (DH) by 2019-2020. NICE is already  generating savings, but there’s a lot more to do. The agency sees opportunities to recoup some of what it is losing from grant-in-aid from the DH from cost recovery for technology appraisals (TAs), income from NHS England for NICE work on the Cancer Drugs Fund (CDF), and Commissioning Support Documents, as well as science policy and research grant income. Exploring “commercial” income is another option.

NICE hasn’t ever stood still, changing its methods and processes since it was established in 1999. More change is underway-although, arguably, seeking to bring in more money from its activities is a bigger change in ethos than any seen before. NICE has now set an objective to “develop a strategic plan to grow [its] commercial activity over the next 10 years.” And it seems NICE not only wants to generate more income, but redefine the word commercial, too.

John Davidson, associate director, external communications and media at NICE, points out that the institute is “using the term ‘commercial’ to refer to activity that [NICE] currently undertakes to some extent and may expand in future where we seek to recover our full costs from a source, other than from the funding [it] gets from the taxpayer.”

NICE appears to be putting quite a bit of effort into the commercialization agenda. It won’t say how much it’s spending using in-house resources or spending externally, although perhaps acquiring commercial insight and legal advice is not a bad thing, given the risks involved. It’s just a question of whether the costs for that will really be recouped or not.

In terms of in-house resources, NICE’s board papers in July 2016 cite a “a new team focused on developing business opportunities.” Their objectives are three fold:

Part of the financial challenge is that although some NICE activities already operate on a cost-recovery basis, they don’t necessarily contribute toward overheads. Getting a margin on the other sources of income from NICE-aside from the grant-in-aid funding from the DH-if successful, could add thousands if not a few million pounds that might help with NICE overheads. The NICE Scientific Advice program has also developed a new tool called Medtech Early Technical assessment (META), which is due for “commercial launch” in early 2017.

There’s some reason for NICE to foresee commercial opportunities. NICE Scientific Advice is currently forecast to generate a surplus of £151,000 in 2016-17. It also has an accumulated reserve of £232,000 from previous financial years. Companies pay a fee-for-service for this advice, to help shape their evidence generation plans with the ultimate aim of securing that influential NICE positive recommendation.

Adding in a fee for service for the Office of Market Access (OMA), providing a safe harbor environment for discussions with NICE, the NHS and others on the issues that companies may face in getting their new technology adopted by the NHS, could bring in money, too. If OMA costs form the basis of future OMA

That pales, however, next to the fees being put forward for companies to pay for TAs and highly specialized TAs-industry will be shouldering a not-insignificant cost of NICE in the future.

Davidson says that “NICE wants to encourage efficiency in delivering technology appraisals.” The trouble is that if NICE just shifts the full cost to companies, that doesn’t incentivize NICE to improve their own efficiency. What it might do is incentivize organizations to put forth better submissions to get the most bang from their buck. In any event, NICE seems to have-so far at least-dismissed the calls for reform in return for paying fees for TAs. The agency has also chosen not to adopt a performance-based approach, unlike in Canada where companies get a refund if recommendations from the NICE equivalent -the Canadian Agency for Drugs and Technologies in Health (CADTH)-fails to be delivered in time.

NICE International is NICE’s biggest income source, when one takes into account the fact that NICE is unlikely to get more income from other public sector organizations in the UK, who are themselves pretty strapped for cash.

The basic model for NICE International has rested on covering costs, but no more than that, although not necessarily paying toward overheads given the grant funding it’s traditionally received. NICE International generated some £2.3 million for NICE in 2015-16. Previous work has enabled a carry-forward reserve of £0.4 million.

NICE International’s ethos is to enable countries to work up solutions that will help them deal with whatever challenges drove them to ask for NICE’s help, not simply advocating that every country needs their own version of NICE.

The first Triennial review of NICE, published in June, recommended that “NICE works with the Department [of Health] and the Cabinet Office Commercial Models team to i) explore greater expansion of NICE International and NICE Scientific Advice and to ii) consider whether these functions could be delivered more effectively through a different model or change of sector and, if this is appropriate, develop an agreed way forward by December 2015.”

Following the review, NICE International’s work for low and middle-income countries shifts to the International Decision Support Initiative (iDSI) and is being relocated to the Institute for Global Health Innovation at Imperial College London. iDSI is a global partnership of government institutes, universities and think tanks. Their work is to support policymakers in priority setting for universal health coverage (UHC). Founder of NICE International, Kalipso Chalkidou, was part of that move to Imperial.

Chalkidou expressly set up NICE International as a not-for-profit group. Her departure from NICE International perhaps signals the discomfort triggered by a desire to generate more income from countries who arguably have enough money problems of their own.

NICE is, nonetheless, monitoring requests for support to establish the “scale and nature of the demand for NICE’s services internationally. This sounds like market testing, and comes with some cost-even if just the time and effort of in-house resources. Is this time well spent, or will it be time wasted if a more “commercial” service is just not what other countries want to pay for?

NICE’s Audit and Risk Committee has said that some of the work arising from the Triennial review carries “significant” risk, particularly the commercialization of some of NICE’s work and changes to NICE International. They go further, and add “the pressure to generate income risks diverting senior management time and focus, while at the same time introducing and maybe even requiring a different value set and ethos.”

For industry, the move to put some of NICE’s activities on a commercial footing could be good or bad. It might focus minds on just how much it costs for NICE to do its work and whether that itself is value for money. Presumably, drugmakers will be able to challenge NICE for poor service, such as delays in work caused not by the companies but by NICE itself. It may also prove to be a distraction from getting the main job done, that is, tackling the variation in use of new medicines that was at the heart of the institute’s introduction back in 1999 and which is still very much a work in progress.

Leela Barham is an independent health economist based in the UK. She can be reached at leels@btinternet.com 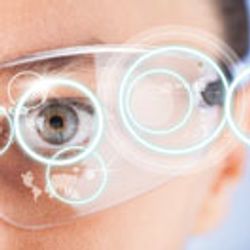 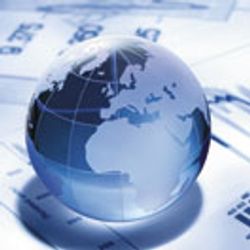 Investing in Africa: How to Do It Right 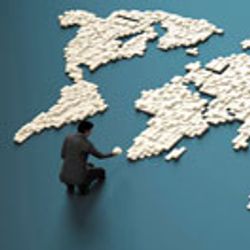 The Winning Edge in Emerging Markets