Worlds Beyond the Clinic

Amid today's growing constituency of cancer survivors, oncology is testing the historic divide in medicine between what’s science and what’s social.

Cancer is the ultimate test of a healthcare system’s ability to treat the whole person. Although specific clinical expressions around cell type, tumor size and disease stage remain important, the cancer community also confronts a larger “quality-of-life” dimension that, in addition to unresolved physical symptoms, includes the growing emotional, social and financial burden on patients that care providers fail to address.

These often persist for long periods post-treatment, reinforcing another new feature in the complicated landscape of cancer: what to do about the needs of a growing constituency of cancer survivors, whose numbers are expected to surpass 15 million this year.

The experience of life with and beyond cancer was a strong undercurrent to scientific discussions at the June 3-7 annual meeting of the American Society for Clinical Oncology (ASCO), the world’s largest gathering of cancer practitioners and researchers. ASCO’s theme for 2016 was “Collective Wisdom: The Future of Patient-Centered Care and Research.” The two words were chosen carefully: “collective,” reflecting consensus for a multi-disciplinary approach to cancer treatment and research; and “wisdom,” which highlights the importance of bringing wider, value-based judgments to decisions on therapy.

What I saw at ASCO was a growing awareness of the harm of doing things to a patient that, while justifiable on clinical grounds, don’t add much to that patient’s quality of life. A “patient-centered” approach to treatment entails a larger sense of responsibility to the fact that a cancer diagnosis changes the life of every patient, often in profound ways. How to address those life changes-which lay outside the scope of standard medical interventions-is gaining more support as a target for future oncology practice guidelines, policy and research.

The push to this more inclusive perspective on what constitutes appropriate treatment within the continuum of cancer care is illustrated in the following three points, drawn from the ASCO proceedings:

“Cancer survivor” is not just a term, it’s a movement. ASCO sessions on managing the transition from cancer patient to survivor were packed. As the number of survivors increase, long-neglected disciplines like maintenance therapy, palliative care and geriatric medicine require more funding support, not only among oncology practitioners but from medical insurers too. Cancer Care, a US NGO that provides support services for cancer patients, made survivorship a key theme of a new 3,000-patient survey, Patient Access and Engagement 2016,  released at ASCO. The report found high levels of distress among younger cancer survivors aged 25 to 54. Drivers include impact of cancer on family life (48%); financial hardship (40%), with soaring out-of-pocket costs of cancer treatment now a leading cause of personal bankruptcy; ability to work (39%); and addiction to pain medication (38%).

“Financial toxicity” is cancer’s biggest untreated side effect. ASCO released the final iteration of its Oncology Value Framework, a tool to help practitioners and patients evaluate a particular drug treatment based on a weighted series of metrics on clinical benefit, toxicity and symptom relief. The result is an individualized scoring called the Net Health Benefit (NHB). Overall survival rates based on comparative clinical trial evidence gets the most attention under the NHB, but the cost of that therapy for the patient is explicitly incorporated in the calculation. Notes ASCO, “this allows for a personalized care plan reflective of the priorities of the patient, especially in considering the relative financial impact of his or her treatment options.” What’s novel about the Framework is that it is not a policy instrument but a prescribing decision aid to be applied in the practice setting. A software package for oncologists will be prepared for roll out of the Framework later this year.

Data is slowly being “democratized." The ASCO meeting drew attention to resolving design, enrollment and execution bottlenecks in oncology clinical trials that limit reliance on data addressing the real wishes of patients.  New technologies like wearables were cited as an opportunity to leverage input directly from patients. ASCO also endorsed wider use of patient-reported outcomes (PRO) to ensure that pro-patient perspectives get a wider hearing in FDA drug labeling decisions. It promised to push for clarity on including PROs in the new Value Framework tool-for now, PROs are barred in the Framework because their use is too variable for accurate measuring. But many patient advocates beg to differ, contending that the current emphasis on hard, data-validated endpoints is negating the power and eloquence of the individual patient voice.

Cancer is testing the historic divide in medicine between what’s science-all those promising new drugs-and what’s social-that non-quantifiable mix of ingrained institutional practices and messy human behaviors that really shape the provision of care. Let’s hope we can bridge these two solitudes-it’s the best way that science can serve every patient.

William Looney is Editor-in-Chief of Pharm Exec. He can be reached at william.looney@ubm.com. Follow Bill on Twitter: @BillPharmExec

How Technology Can be Used to Improve Adherence 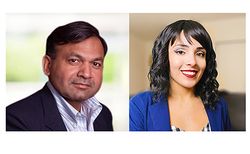