Back to the Basics?

Despite the buzz, physicians have limited familiarity and understanding with the burgeoning category of nucleic acid-based therapies. New data sourced in September by InCrowd provides a baseline on physicians’ current knowledge regarding the different types of therapies, their mechanisms of action, and their perceived current impact and future promise. Based on responses, the market shows significant knowledge gaps.

Only 56% of screened respondents report being at least somewhat familiar with the seven leading nucleic acid-based therapies today-including RNAi, siRNA, ASO, mRNA, AAV, CRISPR, and TALENs. Only 28% of physicians surveyed considered themselves familiar or very familiar with these therapies-and only 7% reported high familiarity.

Oncologists have the highest familiarity of the specialists surveyed, at 52%. This compares to 20% of primary care physicians (PCPs) and 15% of pediatricians reporting high levels of familiarity.

The terms mRNA and CRISPR are the most familiar, at 92% and 64%, respectively, for respondent familiarity. Less than half of respondents were familiar with AAV (44%), siRNA (39%), RNAi (38%), and ASO (36%)-and less than a fifth (19%) with TALENs. Again, oncologists had the highest familiarity across terms compared to PCPs and pediatricians.

Academic-based physicians reported higher levels of awareness on many terms. For example, 70% of academic practice-based respondents are familiar with CRISPR versus 58% in non-academic settings.

There was a lack of knowledge around which among the list was a gene therapy. CRISPR, TALENs, and AAV are most commonly considered “gene therapies” by respondents, at 92%, 72%, and 67%, respectively. About half associate the term with other therapies, including RNAi (54%), siRNA (53%), antisense oligonucleotide (ASO) (51%), and mRNA (48%).

CRISPR also led the ranking for promising treatments, at 27% among all respondents, and 44% among oncologists. mRNA ranked second, at 8% of respondents. Practice setting-academic vs. community-based-did not impact results.

Understanding basic uses for nucleic acid-based therapies-like the use of CRISPR for permanent DNA edits, and the use of mRNA and AAV for the creation of vaccine vectors-varied from between one-third to two-thirds of respondents. Significant confusion existed on:

The findings suggest biotechs and pharmaceutical companies face an opportunity for physician outreach and education on gene-based therapy fundamentals, as well as initiatives that build awareness of approved therapies and progress of others through the pipeline.

The survey comprised a total of 250 clinicians, including PCPs (48%), oncologists (32%), and pediatricians (20%), with a near equal split between those academically associated (47%) and non-associated (53%) practices. Each respondent needed to have at least a limited familiarity with RNA- or DNA-based therapeutic methods at a minimum to complete the survey.

Meghan Oates-Zalesky is senior vice president of marketing at InCrowd 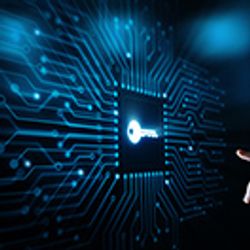 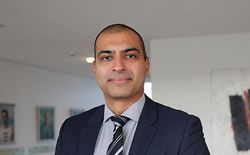 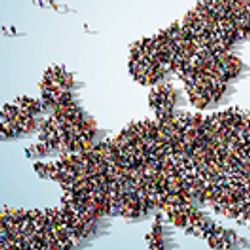