Closing the Science and Manufacturing Divide

With pursuits of complex therapies more routine, biotech platform companies are tasked with aligning their science with process and manufacturing proficiency to stand out in an increasingly crowded investment field.

With pursuits of complex therapies more routine, platform companies are tasked with aligning their science with process and manufacturing proficiency to stand out in an increasingly competitive investment market

When it comes to platforms, there is no separating the science from the manufacturing.

Why have one drug for one indication when you can have potentially multiple drugs, for multiple indications, from one platform, which ultimately offer economies of scale? Thus the underlying attention for drug development platforms. While the pharma industry will continue to focus on what it does best-targeted pipelines, taking drugs from clinical to commercial to realize their full potential, and holding the bottom line-platform biotech companies are fine-tuning their science toward process and manufacturing to entice pharma partners to use their platform know-how for a coveted therapy.

But while platforms are red hot attention-getters right now, clarifications remain. And most concerning, because platforms inextricably tie together therapeutic delivery and manufacturing, apples-to-apples comparisons are next to impossible due to the lack of transparency in any one company’s process.

“The reality is with biotech, you discuss manufacturing to a point. In the world of drugs and clinical data, the intricacies of manufacturing, however, aren’t really discussed,” says Salim Syed, head of biotechnology research, senior biotechnology analyst, and managing director at Mizuho. “Now it matters how good you are at manufacturing. And as these therapies get more complex, it matters even more.”

Platform technologies run the gamut, but there are similarities among platform companies.

Then there are subcategories under these topics, such as a vaccine manufacturing platform, which can be egg-based or cell culture-based. Or gene therapy, delivered via viral vectors such as AskBio’s adeno-associated virus platform, or gene editing such as CRISPR technology, where the science is progressing.

“We may very well get to a point where we know which company is good at doing ABC manufacturing, and who isn’t good at ABC, but we aren’t there yet,” explains Syed. “What makes Amgen so good at making complex drugs versus someone else? It amazes me how much we don’t know about manufacturing.”

What are the challenges platform companies are facing balancing the need to be both scientific thought leaders and pragmatic manufacturers?

As our sister publication Pharmaceutical Technology notes in this article, “Seeking Solutions for Large-Scale GMP Viral Vector Manufacturing,” challenges include “a lack of automation in key steps of the manufacturing process; immature supply chains, which creates risk and leads to a lack of standardization/innovation of critical raw materials; and rapidly advancing regulatory pathways that are complex to manage among different jurisdictions.”

These challenges are separate from the clear financial hurdle, the costs of goods sold or COGS profiles, which are not optimal because of the complexity in existing process and operations.

Gene therapy companies in the NYT article, such as BioMarin, opted to create their own manufacturing sites. AskBio, in conjunction with a ventures group, has a facility in San Sebastian, Spain. Wave Life Sciences operates its scalable, in-house manufacturing facility in Lexington, Mass., for its phosphorothioate stereochemistry to increase the effect of antisense oligonucleotides. Earlier this year, bluebird bio opened its first wholly owned manufacturing facility in Durham, N.C., that will produce lentiviral vectors for the company’s investigational gene and cell therapies.

Looking at the return on investment for a pharma organization with a stake in an early- or mid-stage cap biotech is hard to evaluate, contends Syed.

“What’s the appropriate length of time to use for that analysis? And where is large pharma or big biotech going to get its pipeline?” he says. “From these biotechs, it becomes very competitive when they are platform plays. But many of the platforms don’t yet have the data. It’s a lot to ask for from a pharma or big biotech company to take these bets so early on one hand, but they almost have to.”

And if in the world of biotech platforms, science and manufacturing go hand-in-hand, it’s also true, says Syed, that science and financing are linked together, especially in today’s intensely  competitive industry environment to always assess who can innovate faster and better.

Lisa Henderson is Pharm Exec’s Editor-in-Chief. She can be reached at lhenderson@mmhgroup.com 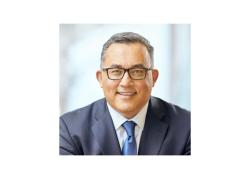