Speculating the downstream impact on industry practices is just that right now-speculation. What is sure is some things will never be the same, and some things could even get better.

There is no shortage of ideas on which to write for this month’s column. I’m talking about COVID-19 and what it meant to industry in the month of March, which is coming to an end as I write this. I’m sure most of us had a similar experience ending February and into early March. What we first thought was in our control, was not.

And for CEOs and executives answering to the needs of their local, state, or country governments, as well as the well-being of their employees, it has been nothing but crisis management since mid-March.

Let’s take a look at some highlights. As of this writing, biotech and pharma analysts were reporting that the impacts of COVID-19 were still materializing, but maybe more noticeable in some areas vs. others. For example, manufacturing was reportedly stable as most staff were deemed essential personnel. On a smaller R&D scale, one biotech executive told me his lab staff were working in shifts of four around the clock, observing all distance and safety precaution recommendations.

The FDA had not lost steam in reviewing applications as of press time. In fact, the agency announced the approval of Bristol-Myers Squibb’s Zeposia (ozanimod), for relapsing forms of MS on March 26, however, it was also reported that the company was going to delay the drug’s launch due to the pandemic. It will determine new launch timing in conjunction with discussions with the neurology community.

For sales representatives, those in the US and globally are working from home and using virtual interaction. This is par for the course for medical professional outreach, however, it’s usually only part of the outreach, not the sole means of communication. In early March, Veeva Systems offered its CRM users a free six-month access to its add-on module Engage Meeting, designed to enhance HCP-to-sales rep communication. At the time, it was highlighting the issue solely in China where sales reps were advised not to call on customers to avoid exposure but also to allow doctors to remain focused on treating patients with the virus. But non-COVID drug information still needed to be delivered. To date, Veeva Systems has provided free licenses to more than 150,000 users globally.

If the necessity to share medical information to doctors on the daily has been greatly impacted, so has the release of scientific and trial results presentation at annual therapeutic meetings. For example, ASCO, previously scheduled from May 29-June 2 in Chicago, has been called off, with no official word on a replacement event at press time.

Meanwhile, another event, the 5th Annual School of Gastrointestinal Oncology (SOGO) multidisciplinary education conference was converted from a live, in-person event into a virtual meeting*. Companies continue to explore other ways to inform the medical community of scientific data.

As for clinical trials, that area is affected in different levels across the board. Pfizer, Merck, and BMS have temporarily suspended screening and enrollment in some studies. Others, including Vertex, are exploring virtual visits for trial participants. And, in what looks to becoming a rallying cry for implementing decentralized and remote clinical trials and bringing studies into the 21st century, many companies are offering services and software to address clinical trial needs during COVID-19.

So, what does the future hold for pharma post-COVID?

Speculation that the industry could turn its negative image around and stress the scientific advances it brings to the quality of human life in the background of COVID is not a reach. Will clinical trials truly turn the tide in trial monitoring so that it is more efficient and patient-directed? Will digital tools and platforms begin to be used more freely in organizations by both internal teams and external HCP communications? 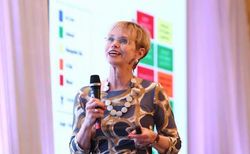 HBA's Woman of the Year 2020: A Motivated Mission 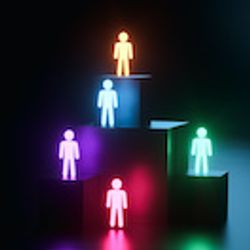 Doubling Down on D&I 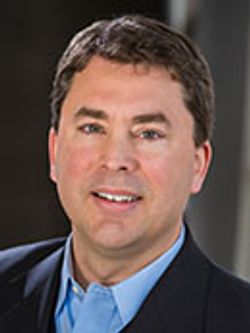 Prescribing Patterns: How to Get Ahead of the Trends