The faces and names behind the year's best pharmaceutical advertising.

The idea came about in a focus group, as young ladies were packing up from the session. The moderator asked what their reaction would be if they were told that eight out of 10 of them would get HPV in their lifetime. All of a sudden, everyone stopped and four women that were already halfway out the door turned around, came back in the door and said, "Excuse me?"

"Generally, teenage girls are the most immune generation to commercial messaging—they just don't want to be sold to," says Group Creative Director Tom McDonnell. "That made our job difficult from the get-go. They also think they are invincible; the whole notion of mortality is a foreign issue to them, and [HPV] is an issue that's perceived as an older person's disease."

To draw the attention of the female tween set, DDB New York launched the "Get the Facts" campaign—a series of online video pre-roll that state "facts" about HPV that young ladies might not be aware of. The spots run on MTV.com, The CW, Fandango, Pandora, and Hulu; all of the ads direct the viewer to an unbranded Web site.

"Online video advertising can work, depending on who you are trying to reach," McDonnell says. "Two of the most important aspects are to make the ad contextual and to leverage the ad to make a girl want to learn more. That's the surprise factor. She certainly wasn't looking for something to make her find out more." 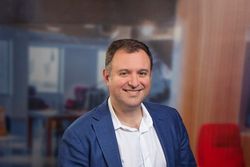