virus (HCV) treatments and new anti-cholesterol drugs to control outlays. Turing Pharmaceutical’s 50-fold boost in the price of an old anti-infective treatment ignites moves to curtail drug spending on all fronts. Collateral damage may emerge in reduced support for legislation authorizing added incentives for biomedical innovation and for intellectual property protections around the world.

Numerous polls show that consumers want the government to take action to curb drug costs, and the politicians are responding. Hillary

Clinton rolled out a plan for lowering prescription drug spending in September that emphasizes evaluating medical products based on value and speeding more new generic drugs and biosimilars to market. Clinton wants to end “pay-for-delay” deals, permit drug imports from abroad, end tax deductions for DTC advertising, and require drugmakers to spend a specific portion of profits on R&D. The only good news for pharma is Clinton’s proposal that insurers limit beneficiary co-pays for drugs to make therapies more affordable for patients.

Clinton’s list also includes the perennial price control strategy of allowing Medicare to negotiate prices for drugs covered by Medicare Part D drug plans. Such proposals have gained traction as Medicare spending on pharmaceuticals has begun to climb after several years of flat growth. A huge (52%) increase in premiums for about 18 million Medicare Part B beneficiaries, which covers drugs provided by doctors and clinics, plus looming premium hikes for Part D plans, is prompting greater focus on how costly prescription drugs may drive these trends.

The Medicare Payment Advisory Commission (MedPAC) is conducting a broad discussion of Medicare drug coverage and payment policies. An important issue is whether greater use of more expensive specialty drugs will shift more beneficiaries into the Part D “catastrophic” program funded by the government. The Commission plans to make recommendations next year on a range of coverage strategies, including better drug utilization management, improved medication adherence, and programs for “bundling” payments for cancer care.

Medicare also is launching a value-based insurance design model in 2017, which allows certain Medicare Advantage plans to test whether reduced patient cost-sharing for services and prescription drugs can improve care and save money for beneficiaries with chronic conditions such as diabetes and heart disease. The initiative reflects widespread interest in assessing the value of pharmaceuticals and whether higher costs are justified by improved product efficacy or

safety. Payers and plans say they will ante up for high-value therapies, and pharma companies are looking more seriously at pay-for-performance deals linked to reimbursement.

This is generating demand for independent, credible methods for calculating, say, the value of preventing a heart attack or of providing an additional year of life. Not surprising, there is considerable disagreement over how to assess drug benefits, risks and affordability, as seen in the ongoing discussion of the cost of new PCSK9 inhibitors (Amgen’s Repatha and Praluent from Sanofi and Regeneron) to control very high cholesterol. A September report by the Institute for Clinical and Economic Review (ICER) criticized $14,000 list prices for these new therapies and concluded that $4000 better reflects their value. At a recent symposium sponsored by the Pew Charitable Trusts, Amgen senior vice president Josh Ofman charged that the ICER assessment focused too much on short-term affordability as opposed to long-term health benefits, and that ICER systematically under-estimates population risk and over-estimates the likely uptake of these drugs. ICER president Steven Pearson responded testily that he’s “very proud of our work” and that pharma companies can’t expect “a blank check anymore” to cover costly medicines.

A common pharma complaint is that analysts too often use drug list prices in calculating costs and benefits and ignore discounts and rebates routinely negotiated by payers in their assessments. The ability of PBMs to obtain much lower prices from manufacturers was clear in Express Scripts’ announcement that it will cover both of the new anti-cholesterol drugs due to hefty company price concessions. Last year, Express Scripts and other PBMs used competitive bidding to select only one of the new HCV treatments for formulary placement, decisions that upset many consumers.

Express Scripts plans to manage the cost of the new cholesterol therapies with strict patient utilization and step-therapy strategies, noted senior vice president Steve Miller. And more sophisticated data systems that can help determine if a patient has previously used statins and the outcome will enable the plan to better target prescribing to individuals unable to control extremely high cholesterol levels, as per FDA-approved labeling. 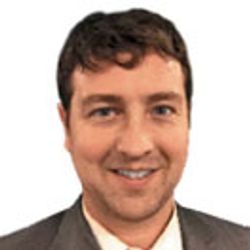 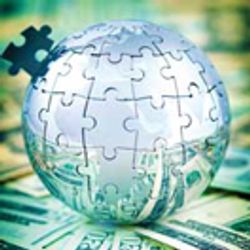 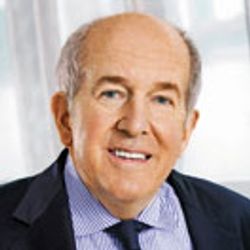