Five years of legislation in the Russian pharmaceutical industry

2005 An oil-driven surplus enables the government to focus on social issues, among them national health. The 'National Priority Project: Healthcare' is born, invigorating and modernizing the healthcare system on a number of fronts. Areas like oncology, cardiovascular disease, and noncumminicable disease receive unprecedented government attention.

2005 The DLO, or Additional Medical Supply Program, is introduced. It is a federal reimbursement program meant to compensate Russia's disadvantaged and gravely ill for the cost of treatment. It is immediately plagued by logistical and fiscal setbacks, approaching bankruptcy. Nonetheless, suddenly, a major avenue for high-tech, innovative drugs is opened in Russia.

2008 The DLO is split into two major programs: the ONLS (essential drug coverage) and the VZN or 'Seven Nosologies' (high-cost drug coverage). According to the SPFO, in 2010, these programs received 28 billion RUB ($970 million), and 43 billion RUB ($1.5 billion USD), respectively, in funding. The VZN, in particular, strengthens the demand, and availability, of high-technology drugs in the region.

2009 Introduction of the Vital and Essential Drugs List (VED) regulates the maximum price registration for drugs deemed to be of particular significance to Russian patients. Prices for non-VED drugs continue to be regulated by market laws.

2009 Authorities announce the federal target program 'Strategy of the Development of the Pharmaceutical Industry in the Russian Federation Until 2020'—colloquially Pharma 2020. With the aim of ultimately creating an innovation-based, export-ready, domestic pharmaceutical industry where there was little semblance of one before, this program is a clear entreaty for the localization of multinational pharma, the modernization of local pharma, and greater collaboration between the two. To be rolled out in stages, its parameters include the evolution of Russian manufacturing, import substitution, and advancement of Russian R&D.

2010 The sweeping market reform law, 'On Drug Circulation in the Russian Federation'—Federal Law #61-FZ—is approved. The legislation brings a new level of regulation to a historically semi-regulated market. Among other elements, it introduces new, more transparent registration and approval procedures, attempts to make drugs more available for rural citizens, changes the roles of the regulatory authorities, initiates state control of VED medicines, and demands that local producers harmonize facilities with international GMP standards by 2014. Along with the positive forward momentum, the industry is faced with a slew of new bureaucratic challenges.

2010 The government introduces a list of 57 strategic medicines to be manufactured domestically by 2015—an ambitious catalog of high-tech medicines, to be sure. It cements the government drive toward reducing reliance on imports.

• The prospective law on Healthcare Protection, currently making its rounds in the Duma with the expectation of fast-track, will set the rules of engagement among pharmaceutical companies and healthcare specialists. It looks to put severe limits on how pharmaceutical companies can promote their products, causing both doctors and marketers to fear that there will be significant barriers to educating the healthcare community on the benefits of innovative drugs.

• The government touts the coming of a universal system of healthcare coverage, for each Russian citizen. When, how, and how big is yet to be seen. 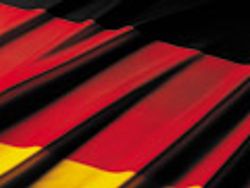 Does a German Launch Make Sense? 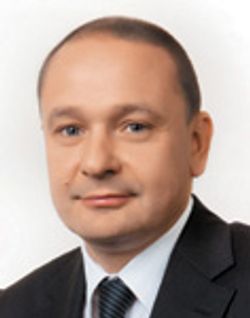