Just before leaving Washington in December, Congress approved a $2.2 billion budget for the Food and Drug Administration as part of a massive spending bill for fiscal year 2008 (which began Oct. 1, 2007). FDA will get $1.7 billion from the treasury—a 10 percent net increase over 2007 appropriations—and the rest from user fees. In light of heavy spending cuts across the federal government, FDA did well to receive any budget increase at all, but the amount falls far short of the $2 billion appropriated funding sought by former FDA officials and agency advocates.

As usual, Congress utilizes the appropriation process to micromanage FDA operations. The agency will get an extra $56 million to bolster oversight of food products and imports, but only if FDA provides Congress with an acceptable food-safety performance plan. The legislation authorizes FDA to collect nearly $460 million in prescription drug user fees, but axes the new DTC ad review program (see sidebar). Congress specifies a $42 million budget for the Office of Generic Drugs, up $6 million, and earmarks half of the $20 million added for drug safety activities for FDA's drug safety office. The agency's Critical Path Initiative gets an extra $7 million—much less than initially proposed by the Senate—with the requirement that one-third of those funds have to be handed out in grants to universities and nonprofits. For example, Ray Woosley's Critical Path Institute and the University of Utah received $563,000 to support research on warfarin dosing.

The legislators instruct the agency to work with pharmacy and patient groups to improve the MedGuide program, a response to pharmacists' fears about the growing number of patient leaflets on specific drugs. FDA also has to establish a more efficient process for vetting long-used medicines that were never approved by the agency and have been targeted for enforcement action in recent years.

And FDA has to produce a long list of studies and reports on everything from Ketek safety to microbial resistance. The final legislation omits an earlier provision to expand drug reimportation but still requires FDA to analyze how well it oversees foreign manufacture of active drug ingredients.

Several provisions reflect ongoing concerns on Capitol Hill about excessive pharmaceutical industry influence on FDA policies. Congress reminds FDA to reduce the number of advisory committee members with conflicts of interest. And it takes a big swipe at the nascent Reagan-Udall Foundation by stipulating that FDA cannot use any appropriated funds to support this new organization.

That curb reflects the concerns of Rep. Rosa DeLauro (D-CT), chair of the House Appropriations subcommittee that oversees FDA, that Reagan-Udall provides an avenue for manufacturers to shape FDA safety initiatives—similar to how The Tobacco Institute supported research refuting health concerns about cigarettes. The FDA Amendments Act (FDAAA) allowed FDA to provide up to $1.25 million for this public–private entity to advance drug development science, but DeLauro flexed her legislative muscle and inserted the funding hold in the final bill.

It didn't help politically that one of the newly named Reagan-Udall board members was Tachi Yamada, former GlaxoSmithKline R&D chief who now heads the Bill & Melinda Gates Foundation's global health program. Unfortunately, this eminent researcher recently came under fire on Capitol Hill for allegedly pressuring a researcher for Glaxo not to raise safety concerns about Avandia.

While FDA officials hope to assuage DeLauro's concerns, the rift is likely to delay Reagan-Udall projects: One possible initiative was to encourage collaboration on standards for a new pharmaceutical active-surveillance system that FDAAA also added to FDA's to-do list. Former FDA commissioner Mark McClellan, recently named to chair Reagan-Udall, is a strong advocate for using health system databases and advanced IT systems to detect and analyze safety problems earlier and faster and was poised to tackle this challenging task.

The legislators also are concerned about the expanding influence of user fees on FDA operations, as seen in their rejection of the DTC prereview program. For the most part, though, members of Congress find it too easy to tap this ready revenue source to support FDA programs. In fact, FDAAA boosted drug user fees by another $25 million for each of the next five years to support additional drug safety initiatives, and pending legislation proposes to raise millions more through fees on food and drug imports.

Congress is likely to authorize new import fees because FDA's field operations are in shambles due to chronic underfunding and obsolete IT systems. FDA officials unveiled a major field-consolidation plan two years ago that proposed to close regional offices, reduce the number of district offices from 20 to 16, and shut seven of 13 field laboratories in order to streamline these underfunded operations. But Congressional leaders objected and added a ban on any field office closures to the appropriations bill.

Meanwhile, scandals over contaminated food and medical products from abroad have rocked the agency. In the past year, FDA has had to contend with melamine-contaminated pet food and tainted toothpaste from China, along with fears about lethal cold medicines containing diethylene glycol. These crises prompted hearings on Capitol Hill about food oversight and foreign drug manufacturing inspections. A Bush administration task force unveiled a report in November offering a rehash of strategies for improving the US food and drug import system.

The resulting legislation is likely to give FDA more authority to halt unsafe imports, mandate product recalls, and impose penalties for illegal activities. It also could authorize FDA to establish regulatory offices in China and India to manage their fast-rising volume of drug exports to the United States. FDA signed a memoranda of agreement (MOA) with China in December that encourages safety certification of exported drugs and information sharing related to inspections, focusing initially on "designated" high-risk products subject to counterfeiting and safety issues, such as insulin, human growth hormone, and certain popular medications.

A main thrust of reformers is to require foreign manufacturers and importers to certify product compliance with quality standards as part of a lifecycle approach to import regulation. The aim is to reduce reliance on border controls and use electronic systems to identify high-risk products and track them through the supply chain.

It remains to be seen if FDA will gain the resources needed to really modernize its regulatory operations and replace outdated IT systems. The White House could regard the outcry over lax food and drug safety programs as a rationale for boosting FDA funding. But the more likely scenario is for policymakers to instruct FDA to do more with the limited resources it already has. 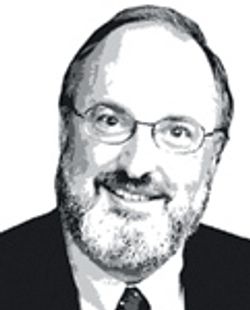 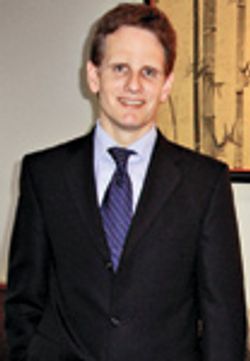