While the field of regenerative medicine has grown considerably since the ’90s-in innovation and acceptance-entrenched companies such as Athersys are looking to forge new advances in the stem cell arena by transforming promising science into real-world treatments.

If we’ve learned one thing, it’s that science moves in mysterious ways. Science is more of an art than say, a science. How else can you explain the history of Athersys, and the journey of its co-founder, Dr. Gil Van Bokkelen? He received both a BA in Molecular Biology and Economics from the University of California at

Berkeley, and a PhD in Genetics from Stanford University School of Medicine. But rather than practice medicine, Van Bokkelen says, “I didn’t want to be the person to say, ‘sorry, I can’t help you.’ I wanted to be part of the solutions.” From there, he and his compatriots were wooed in the mid-1990s from the beauty and promise of the early biotech presence in San Francisco to the Midwest, where promising technologies developed in local academia were leaving. While Van Bokkelen and Athersys co-founder Dr. John Harrington were not exactly thrilled at the prospect of a move to the Midwest, the opportunity was too great .

“We met a handful of people with a vision at Cleveland Clinic, Case Western University, and University Hospitals,” says Van Bokkelen. The leadership at those institutions and in the local community were tired of seeing young entrepreneurial talent leave Ohio and move to the coasts, a phenomenon referred to as the “brain-drain.” They decided it was time to create a magnet that would help attract, incubate, and retain entrepreneurs and innovative young companies, and made the commitment to work with the team from Stanford to establish a business incubator specifically designed for fledgling biotech companies-called BioEnterprise. Athersys was formed from those efforts (learn about the moment in medical school that ultimately inspired the company's launch in our podcast with Van Bokkelen).

The work that Athersys was doing back then was a prelude to the company’s current focus on regenerative medicine. At the time, the founders of the company made international headlines by creating the world’s first entirely synthetic human chromosome. This accomplishment was quickly overshadowed by the cloning of Dolly the sheep in Scotland reported in Nature in 1997. The scientists had produced a lamb named Dolly that was created from genetic material from an adult cell. However-along with a flurry of global reactions from the US, European Commission, and the Vatican-cloning itself continued, but proved inefficient and unscalable.

Fast forward 20 years, and the acceptance of regenerative medicine, which encompasses the fields of gene therapy, gene editing, cell therapy, tissue-engineering, and organ regeneration, has made major strides. FDA approvals for Novartis’ CAR-T Kymriah and Spark Therapeutics Luxturna last year, along with clinical trials in other oncologic and rare diseases are paving the way in the larger regenerative medicine field. A recent report indicates that the global regenerative medicine market was worth $18.9 billion in 2016 and will grow to over $66 billion by 2022, with a CAGR of 23.3% between this time frame.

But the stem cell area is one that features only a handful of pioneering innovators focused on transforming promising science into real-world treatments, and Athersys is one of them. The company addresses the stem cell scalability issue with MultiStem, described as an “off-the-shelf stem cell product that can be manufactured in a scalable manner, stored for years in frozen form, and administered without tissue matching or the need for immune suppression.” MultiStem has been in clinical trials for several therapeutic areas, including indications in the cardiovascular, neurological, inflammatory, and immune disease areas.

Athersys has received a lot of recent attention in the market for a spate of announcements, including an expanded deal with Japanese biotech Healios KK, which obtained exclusive licenses for the development and commercialization in Japan of MultiStem therapy for the treatment of acute respiratory distress syndrome (ARDS) and of MultiStem cells used in combination with iPSC-derived cells for the treatment of certain organ diseases. Healios also received an exclusive global license to develop and commercialize MultiStem cells, either as a standalone therapy or in combination with retinal pigmented epithelial (RPE) cells for certain ophthalmological indications, and an expansion of its license to use Athersys technology to support its organ bud programs to include other transplantation areas.

But one of the more promising areas for MultiStem, according to Van Bokkelen, is in stroke. He explained that the current standard of care-which is 20 years old-requires that the clot dissolving agent, tPA, be administered within three to four hours after the stroke event. That is a mighty small window for a stroke victim, and most patients don’t get to the hospital in time to receive treatment, especially when many are “wake-up” strokes, or individuals that have had “small” strokes that don’t necessarily have the patient heading to the hospital immediately.

The Athersys team believes that while the therapy is not actually fixing the stroke, it is addressing the overactive hyperinflammatory response that is now known to cause much of the permanent damage after a patient experiences the event. This overreaction is then followed by immune depression, leaving patients susceptible to a host of complications in the weeks following the stroke. As a result of the narrow time window for longstanding treatments, the lack of alternative therapies, and the extensive damage caused by inflammation in the brain, most patients that experience significant disability don’t recover, and may depend entirely on care from family members or professional care givers, or need full time institutional care for the rest of their lives. However, clinical data shows that MultiStem works up to even 36 hours after the stroke, to help patients progress past the initial disability and have better outcomes. Athersys has received fast-track status and regenerative medicine advanced therapy (RMAT) designation from the FDA for this indication.

This is also the theory behind a recently announced trauma trial that is being funded in part by the Department of Defense. Building off of promising preclinical studies, a Phase II clinical trial at The University of Texas Health Science Center at Houston will evaluate MultiStem cell therapy for early treatment and prevention of complications after severe traumatic injury. The study will be conducted at Memorial Hermann-Texas Medical Center, one of the busiest Level 1 trauma centers in the US. Doctors noted that following a serious trauma, an acute hyperinflammatory response is frequently triggered, which can impair recovery and lead to additional complications. They hope to provide more data that MultiStem responds to signals of inflammation and tissue damage by protecting injured cells, stimulating new blood vessels, and the recruiting of other cell types to promote tissue repair and healing to address the response and reduce complications.

Van Bokkelen says, “We are committed to conducting well-designed clinical trials for this cell therapy, with consistent safety profiles to address many unmet medical needs, and we are also proud of the environment and legacy of innovation that we helped create here in Ohio.”

Lisa Henderson is Pharm Exec’s Editor-in-Chief. She can be reached at lisa.henderson@ubm.com

Listen to Gil on the Pharm Exec Podcast below: 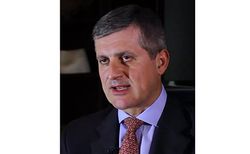 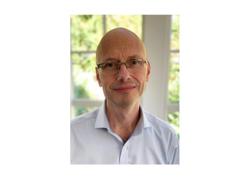 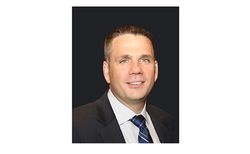