By now it's common knowledge that the future of pharma sales is the global marketplace. As a result, industry is running hard to develop new vaccines and therapies to combat infectious diseases that plague millions of people around the world. Public and private funding has increased over the last decade, bolstering healthcare systems in less developed countries and improving treatments for malaria, tuberculosis, and neglected tropical diseases.

Pharmaceutical companies are now supporting public–private partnerships (PPPs) to combine resources for medical product development. However, the international financial crisis has squeezed resources available for these efforts. US-based initiatives have suffered from delays in appointing a permanent director for the Agency for International Development (AID), and have been hampered by the specter of cuts in foreign aid. While there's a growing list of promising drug and vaccine candidates for neglected diseases, stiff competition among donor agencies and multiple PPPs might actually hinder success.

The slowdown in pharma sales growth in the industrialized world is encouraging manufacturers to expand their presence in emerging markets and adjacent developing nations. When announcing his company's quarterly earnings in July, GlaxoSmithKline chief executive Andrew Witty highlighted GSK's reduced reliance on "white pill/western market" sales, and pointed to rising investment in high growth regions. In addition, Pfizer has established an emerging markets business unit to build sales in Brazil, China, India, Mexico, Russia, and Turkey, and Sanofi-Aventis has made a series of acquisitions to expand its drug and vaccine portfolios in emerging markets. Other firms are taking similar tacks.

Companies also are contributing unused patents and expertise to combat obscure but lethal conditions. In June, Merck announced a collaboration with the Drugs for Neglected Diseases Initiative to provide propriety information on drug candidates for Chagas and leishmaniasis. Roche is working with the Institute for OneWorld Health to develop new treatments for diarrheal disease; the treatments are based on leads arising from Roche's cystic fibrosis research.

FDA is also doing its part to facilitate development of new therapies for these conditions—initiatives that may expand under commissioner Margaret Hamburg, who has a strong background in public health and gained experience with TB control as head of New York City's public health department in the 1990s. The agency has been encouraging research on new TB treatments to counter a resurgence in multi-drug resistant (MDR) and extensively drug resistant (XDR) TB strains. Current therapies are decades old, involve lengthy treatment courses, and result in poor compliance that generates resistant TB strains.

An FDA advisory committee meeting in June supported use of early end points (sputum bacterial counts) in studies on drugs to treat MRD TB, an approach that could accelerate development of compounds like the one being tested by Johnson & Johnson's Tibotec subsidiary with support from the Global Alliance for TB Drug Development (TB Alliance). An FDA workshop in July delved into noninferiority study designs, combination therapy regimens, and missing data problems for drug-susceptible TB.

Because there will never be enough donor money to fund all desired clinical research, the global health community is testing the stimulus power of market-based "pull" mechanisms, such as Advance Market Commitments (AMCs), which guarantee prices for new vaccines and drugs with low profit potential in the West. This approach is being used to fight malaria by subsidizing the purchase of artemisinin-based combination therapies (ACTs) that are effective, but too costly for most third world health systems. The Global Fund to Fight AIDS, Tuberculosis & Malaria recently launched the Affordable Medicines Facility–malaria (AMFm) to make ACTs available in Africa and Asia at nominal cost. The subsidies apply to fixed-dose combination ACTs, and aim to drive older, ineffective products out of the market.

Another AMC project supports development of new pneumococcal vaccines that can protect against pneumonia and other diseases that claim millions of lives each year. A broad donor coalition has committed $1.5 billion to guarantee a $3.50 price for pneumococcal vaccines suitable for Third World use, encouraging pharma companies to invest in research and expand manufacturing capacity for more effective products.

FDA's priority review voucher program offers another inducement for manufacturers to support R&D on neglected diseases. The program provides a voucher to sponsors seeking approval of a treatment for one of 16 neglected tropical diseases. The voucher is good for a priority six-month review (instead of the usual 10 months or more), which should be highly valuable to any company seeking market approval for a new medicine with large sales potential. The first review voucher was recently awarded to Novartis in conjunction with approval of its anti-malarial product Coartem. The move drew some criticism because the drug already was available in most of the world. But this decision gets the program going while FDA develops guidance and weighs whether to expand the list of topical diseases that qualify for review vouchers. Several manufacturers are poised to file applications they hope will produce priority vouchers they can use or sell.

Vaccines to prevent infectious diseases are the holy grail in fighting Third World diseases—and there's been some good news on that front. The PATH Malaria Vaccine Initiative is launching Phase III trials on a promising malaria vaccine developed by Glaxo, and the Aeras Global TB Vaccine Foundation has several drug candidates in early clinical trials. Rotavirus vaccines recently received a strong push from a WHO recommendation to include the product in national childhood immunization programs.

Vaccine development also is strong in the US, as new preventives for HPV, rotavirus, and shingles hit the market last year, and several important products are currently in the review queue. The agency anticipates a slew of license applications in coming months, which could be a problem if they coincide with filings for the new pandemic H1N1 (swine flu) vaccine that manufacturers are testing and producing as fast as possible. The US expects to spend some $8 billion for nearly 200 million doses from Glaxo, Novartis, Sanofi Pasteur, AstraZeneca's MedImmune, and Australia-based CSL Ltd. Other nations are mapping similar plans. (See "Speeding Flu Vaccine to Patients".)

This escalation to meet demand for flu vaccines is a bonanza for vaccine makers. Sanofi, Glaxo, and others are opening new manufacturing facilities in the US and abroad while foreign manufacturers—such as Sinovac Biotech in China—are gearing up production, and a number of small biotech firms are developing new vaccine production and testing methods. Novel antigens are in the works, and vaccine makers are moving forward with long-discussed cell-based manufacturing technology.

Yet despite significant increases in funding for global health over the past decade, international programs now face major budget cuts. A May 2009 Institute of Medicine report recommends nearly doubling US financial commitments to global health to reach $15 billion a year by 2012, but that's not likely to occur. The Obama administration has proposed a $63 billion, six-year global initiative to combat AIDS, as well as TB, malaria, and other Third World health problems. That's less per year than Bush's $48 billion, five-year funding plan for PEPFAR (the President's Emergency Plan for AIDS Relief), which has been praised for slowing the growth of AIDS in Africa and other poor nations.

The funding decline is squeezing resources at public–private partnerships just as they are poised to harvest rewards from over a decade of research. A 2007 Dalberg study estimates that full testing and registration of those projects in PPP pipelines would require $8.3 billion in funding, but that less than $1 billion is available. One solution may be for newly industrialized nations, such as China and India, to invest more in infectious disease research that would benefit their populations directly. 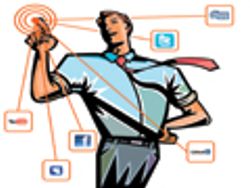 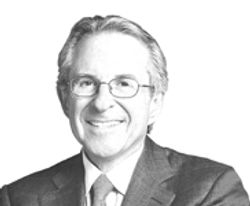 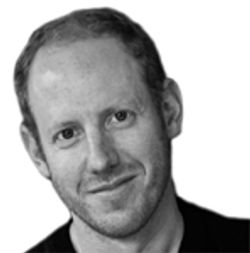 The Power of Joe