Have Your Eggs, and Your Statin (and Your PCSK9 inhibitor, too?)

The cholesterol-fighting market is back with a vengeance; plenty of complications in store

In the popular media, dietary guidelines make clickbait when "LDL" is in the title. Last month, the HHS 2015 Dietary Guidelines Advisory Committee revised America's preferred diet, saying that the amount of cholesterol consumed is not as big of a factor as previously believed. Chicken coops nationwide reportedly plan to up production immediately.

Cholesterol is back. Clearly, it didn't go anywhere as both a massive public health issue for millions of American or as an enormous market with billions in revenue for statins and other dyslipidemia fixers. But as a headline grabbing, controversy stirring money pot with momentous scientific innovations and big Pharmas and big payers strategizing like chess grandmasters or pro poker player-for drugmakers and their financial backers and detractors, cholesterol is back, with a vengeance.

Laws of big numbers most certainly apply. Brands have competed and gone generic; sheer numbers are staggering. Close to a third of Americans are at elevated LDL levels and less than half are seeking treatment, says the CDC. The market is massive, second only to hypertension, with 24.4 million on-therapy patients treated for cholesterol in 2013, according to a 2014 IMS report.

The impressive numbers do signify progress, of a sort. The CDC notes that 96 million visits to doctors' offices in 2009-9.2% of all visits-included cholesterol tests. A significant portion of the populace is aware, treating, and improving their cholesterol measures.

The numbers remind us that cholesterol is a health issue that the biopharma industry can impact positively. However, as the new dietary guidelines explain, cholesterol is a multifactorial disease with genetic involvement and environmental determinants. Western citizens with sedentary lifestyles and diets high in sugars and saturated fats, regardless of the new thinking on cholesterol counting, are largely guilty.

Hence, criticisms echo from some physicians. A panel at last fall's 2014 Prix Galien Forum debated the industry's role, with some saying it has a role in manipulating treatment guidelines, medicalizing an issue that should be more about healthy living.

In addition, some experts, like blogging doctor, cardiac electrophysiologist Dr. John Mandrola, write of concerns over irrational exuberance over statins and his growing concerns of using them to preemptively treat heart disease, especially considering side effects, he says, which are clearly issues in the real-world treatment setting.

"No statin drug has ever been compared to lifestyle interventions for the prevention of cardiovascular disease," Mandrola writes.

With that debate far from settled, prepare yourself for a significantly more complicated marketplace. 2015 promises two big new players in the form of PCSK9 (proprotein convertase subtilisin/kexin 9) enzyme inhibitors. Sanofi and Regeneron's Praluent (alirocumab) will get a jump-start on Amgen's evolocumab, thanks to its ace in the hole, a priority review voucher bought from Biomarin for $67.5 million.

Payers are holding their collective breath for the biologics, which could come to the market at a price tag floating in the range of $10,000 a year, for huge populations that would be chronically treated.

Actually, holding their breath is far from an accurate description of 2015 so far. Licking their wounds from the year of Sovaldi, payer executives at Express Scripts and CVS have fired vocal shots across the bows of big Pharma and the investment community expecting big profits.

In January, Express Script's CEO George Paz took a dig out of the PCSK9 bull market when he promised that payers would take action and force the fight over pricing the cholesterol-lowering biologics. Some lessons have been learned from the hepatitis C market and will be applied, no doubt.

Then, mid-February, four CVS Health executives sent their Valentine's in the form of a post on Health Affairs Blog, in which they question the ability of the healthcare system to absorb the sticker shock that might be approaching. Though their estimates may be hyperbolic (Forbes' Larry Husten called the CVS executives' guess of $150 billion annual impact "a bit silly"), the quantities will undoubtedly be massive.

The huge numbers do, however, cause us to ponder questions that might be too obvious. In an industry that is moving toward a patient-centric mindset, what efforts could be made by the industry to minimize the deluge? Does being patient-centered mean approaching the patient's lifestyle more aggressively? And if tax payers are footing the bill, at what point does paying for your fellow citizen's lifestyle become too much? Or have we already been down this road? Examples include smoking, alcohol, etc.

Even the great innovation that PCSK9 inhibitors promise to be, it still feels a bit like a Band-Aid or a finger plugging an imploding dam. 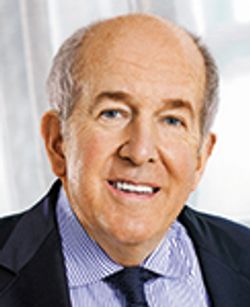 Is There Gold in the DNA Selfie? 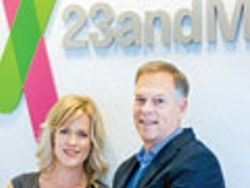